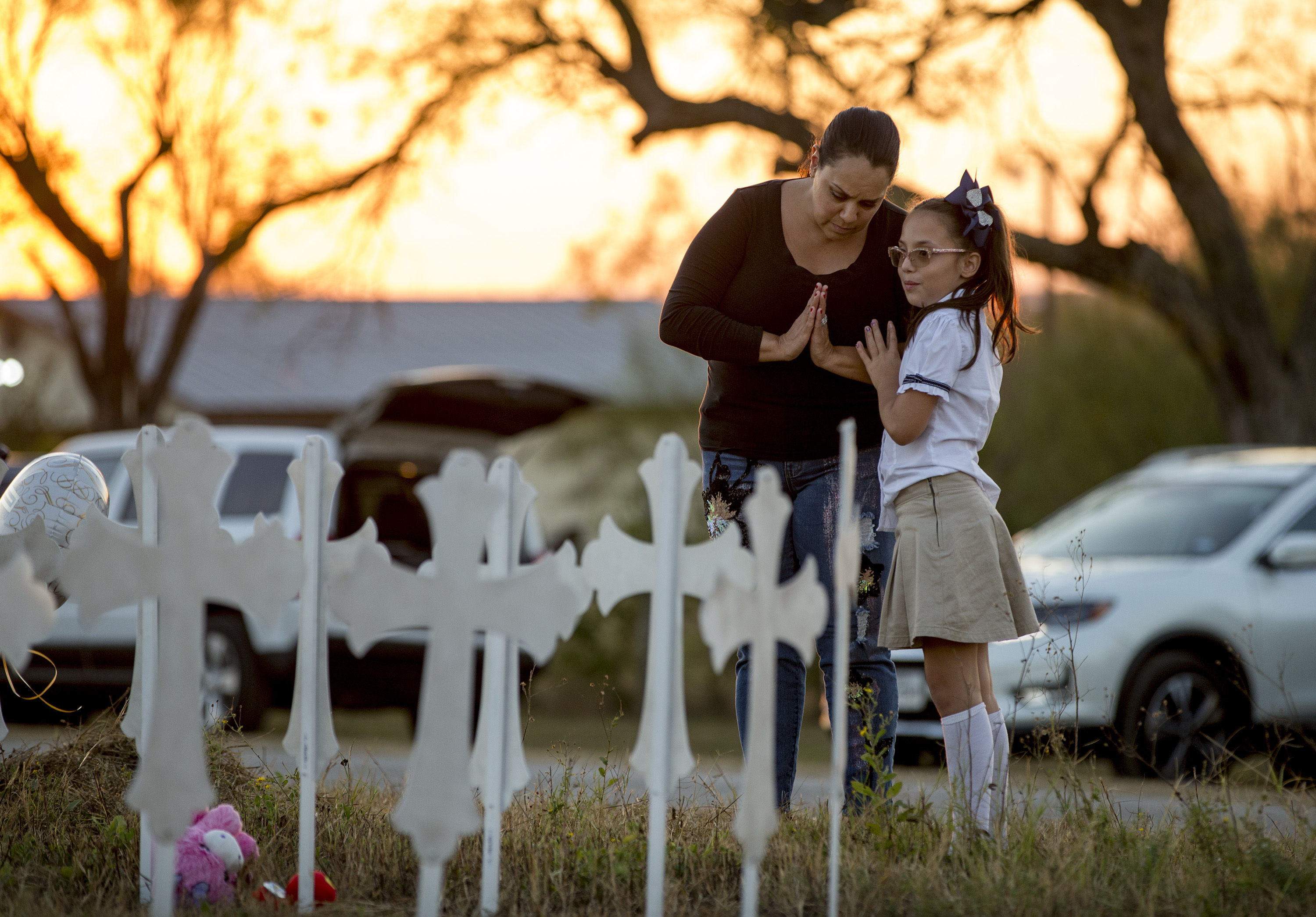 The gunman who killed 26 people at a small-town Texas church had a history of domestic violence and sent threatening text messages to his mother-in-law, a member of First Baptist, before the attack in which he fired at least 450 rounds at helpless worshippers, authorities said Monday.

In the tiny town of Sutherland Springs, population 400, grieving townspeople were reeling from their losses. The dead ranged from 18 months to 77 years old and included multiple members of some families.

“Our church was not comprised of members or parishioners. We were a very close family,” the pastor’s wife Sherri Pomeroy said. “Now most of our church family is gone.”

The couple’s 14-year-old daughter, Annabelle Pomeroy, was among those killed.

Kelley’s mother-in-law sometimes attended services there, but the sheriff said she was not at church on Sunday.

The massacre appeared to stem from a domestic situation and was not racially or religiously motivated, Texas Department of Public Safety Regional Director Freeman Martin said.

Based on evidence at the scene, investigators believe Kelley died of a self-inflicted gunshot wound after he was chased by bystanders, one of whom was armed, and crashed his car.

The 26-year-old shooter also used his cellphone to tell his father he had been shot and did not think he would survive, authorities said.

Once the shooting started, there was probably “no way” for congregants to escape, Wilson County Sheriff Joe D. Tackitt Jr. said.

The gunman, dressed in black tactical gear, fired an assault rifle as he walked down the center aisle during worship services. He turned around and continued shooting on his way out of the building, Tackitt said.

About 20 other people were wounded. Ten of them were still hospitalized Monday in critical condition.

Investigators collected hundreds of shell casings from the scene, along with at least 15 empty magazines that held 30 rounds each.

As he left, the shooter was confronted by an armed resident who had grabbed his own rifle and exchanged fire with Kelley.

The armed man who confronted Kelley had help from another local resident, Johnnie Langendorff, who was driving past the church as the shooting happened. The armed man asked to get in Langendorff’s truck, and the pair followed as the gunman drove away.

The pursuit reached speeds up to 90mph. The gunman eventually lost control of his vehicle and crashed. The armed man walked up to the vehicle with his gun drawn, and the attacker did not move. Police arrived about five minutes later, Langendorff said.

The assailant was dead in his vehicle. He had three gunshot wounds — two from where the armed man hit him in the leg and the torso and the third self-inflicted wound to the head, authorities said.

“There was no thinking about it. There was just doing. That was the key to all this. Act now. Ask questions later,” Langendorff said.

Three weapons were recovered. A Ruger AR-556 rifle was found at the church and two handguns were found in the gunman’s vehicle, according to the Bureau of Alcohol, Tobacco, Firearms and Explosives. 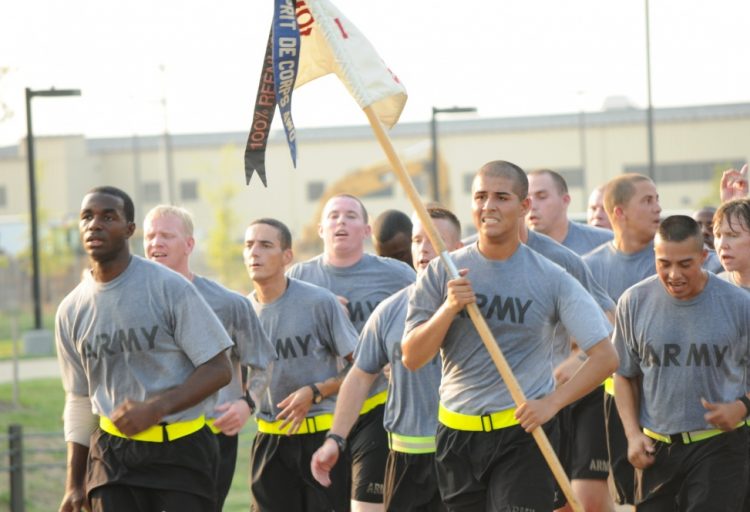