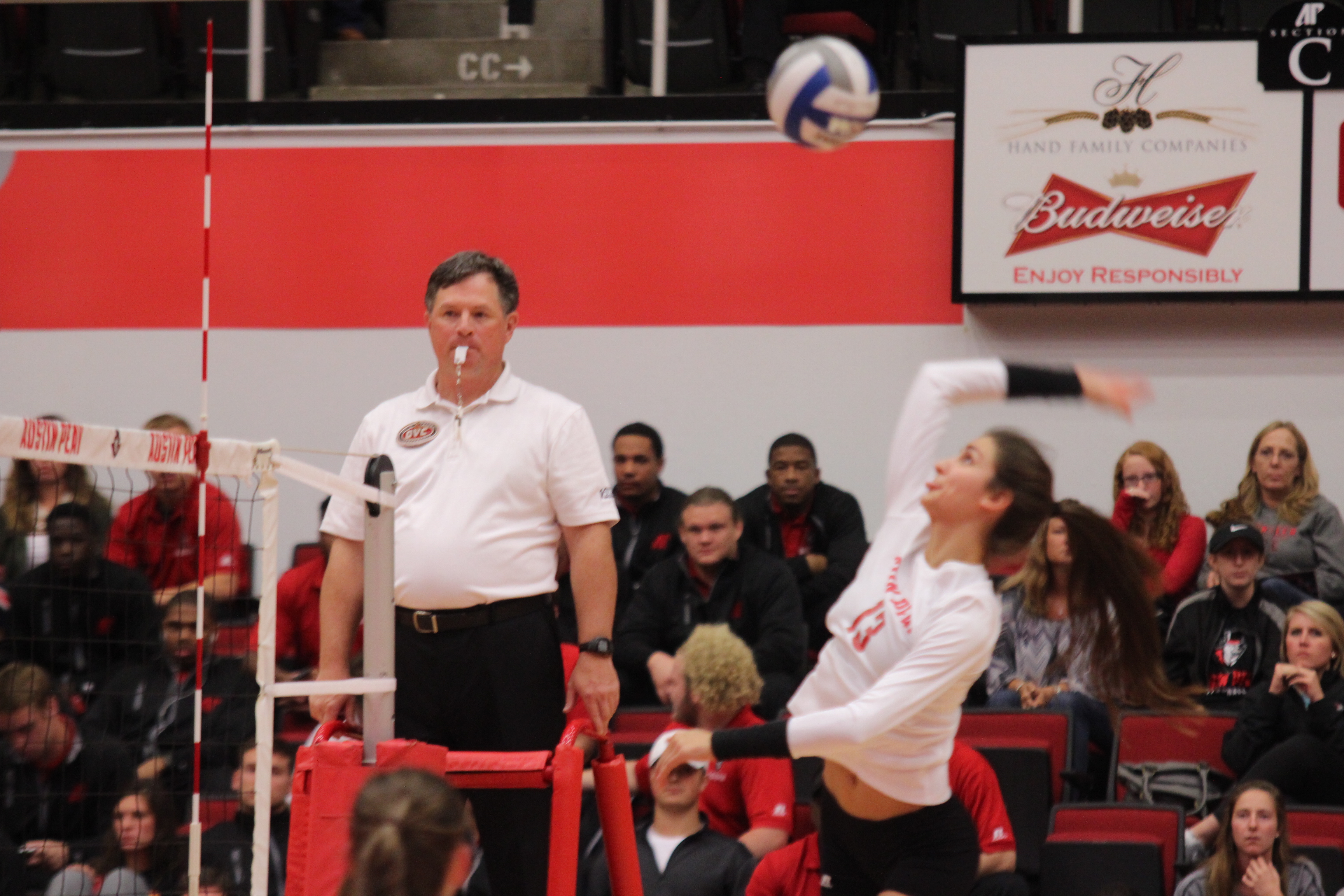 The Belmont Bruins proved to be too strong and consistent for the Lady Govs volleyball team on Saturday, Oct. 17.

The Lady Govs showed flashes of brilliance throughout the first and second sets.

However, inconsistency and the sharp Belmont team kept them off the winners podium.

Belmont and APSU went toe to toe the entire first set. Volley after volley, each team came out swinging. APSU struggled to remain consistent throughout the first set and eventually succumbed to Belmont.

Near the end of the first set, APSU was down 22-16. The Lady Govs went on to break off seven unanswered points to take the lead 23-22.

Belmont remained poised and closed out the set with two straight points, taking the first set 23-25.

APSU’s strong showing in the first set carried over into the second.

Belmont led most of the way, but APSU found them in a chance to close out the set when they went up 24-21.

However, the Lady Govs allowed Belmont to mount a comeback and lost the set at 26-28.

“We needed to finish,” sophomore Ashley Slay said after the loss. “All we needed was one pass, one set and one kill. We just did not execute at a crucial moment. That’s been our problem this whole season. We play to not lose, we didn’t play to win and that’s our issue.”

Despite the two close first sets, the third set proved to highlight the consistency of the Bruins as they crisply fought their way to a 9-4 lead, never allowing the Lady Govs to come within four points of tying the set.

The Bruins eventually closed the door and taking the set 17-25 and the match 3-0.

Belmont’s counter-attacks and defense were strong throughout the match as seemingly every kill opportunity from APSU turned into digs and returns from the Bruins.

They limited the Lady Govs to a .115 attack percentage on 32 kills.

Sophomore Kelly Ferguson was a bright spot for the Lady Govs with nine points, six kills and two serving aces.

The Lady Govs will hit the road as they take on Eastern Illinois Friday, Oct. 23 at 7 p.m.