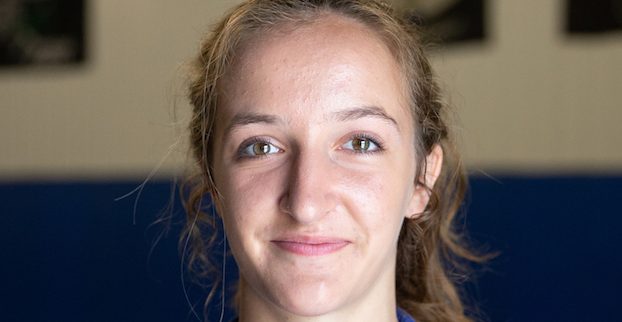 On July 23, one of APSU’s own students earned a bronze medal in judo for Team USA at the International University Sports Federation America Games in Sao Paulo, Brazil. 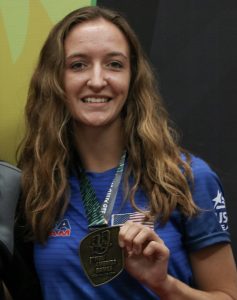 Lavelle poses with her bronze medal.

Brinna Lavelle is a junior at APSU majoring in biology with a concentration in veterinary medicine.

During one of her first judo practices, Lavelle recalls standing on a mat, watching the other kids fight each other. She said she was absorbing all that she saw around her. At just 3 years old, Lavelle won a silver medal in her first judo competition at the Kentucky State Championships.

Initially, she began judo at her father’s encouragement to know how to defend herself. She latched on right away, and knew she wanted to continue learning the martial art.

“I honestly don’t remember a specific time that I thought to myself that I want to pursue judo seriously. I just did. Judo has been my whole life, so I really didn’t even consider anything else,” Lavelle said.

Lavelle explains judo’s influence on her life. The martial art acts as a stress outlet for Lavelle and has allowed her to achieve greater life balance. Without Judo, Lavelle feels she may not have learned to balance different aspects of life as efficiently.

“It has given me more confidence and strength and even taught me patience and respect for others,” Lavelle said.

Lavelle was surprised at the differences in judo’s popularity in the United States and in Europe, Asia and South America.

“In America, judo isn’t very popular at all and not many people really know what it is. But in all these other countries, they all know judo. They teach it in the schools and almost every kid learns judo at some point,” Lavelle said.

Though Lavelle was initially disappointed in her bronze win since she aimed to win gold, she eventually regained her motivation.

“After I calmed down then I realized that I still worked hard and won a medal for Team USA, so it was all worth it,” Lavelle said.

Whether she continues her professional judo career is dependent on her future competition results. If she continues to do well in competitions, she is considering competing in the Olympics. Lavelle says judo will always remain a part of her life.

For those considering taking up judo, Lavelle encourages persistence over perfection.

“It’s going to be hard no matter how long you’ve been doing it, but you shouldn’t stop. You grow with the sport and learn new moves every day.”