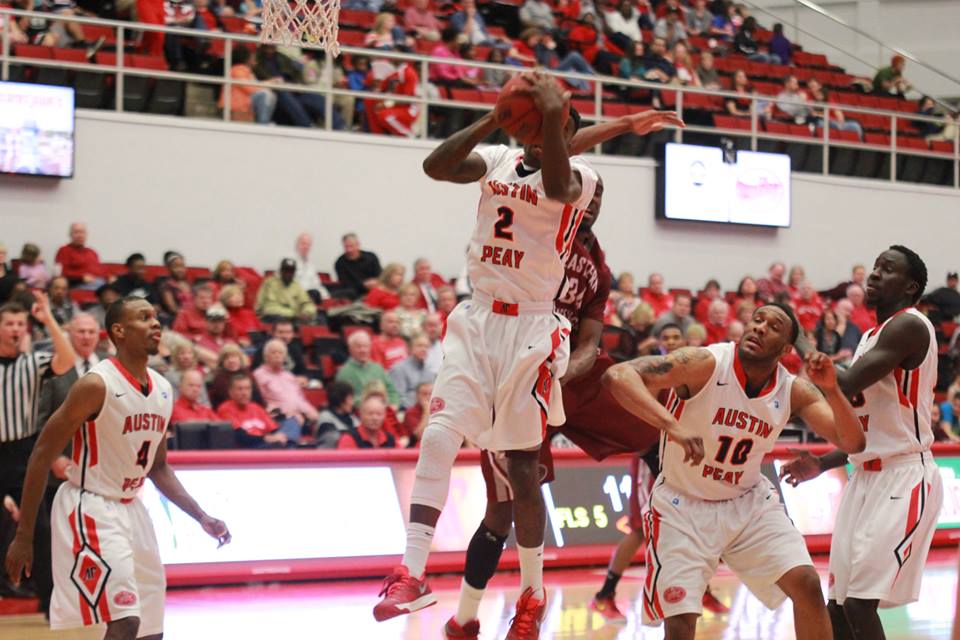 Behind a lights out performance from behind the three-point arch, Eastern Kentucky spoiled APSU’s senior night at the Dunn Center on Saturday, Feb. 22.

The Colonels defeated the Govs 96-75 as EKU was 17-32 from three-point territory, compared to just three makes for APSU. Glenn Cosey nailed eight of his own, finishing with 27 points, while Tarius Johnson found his stroke to rack up 24 points. Seventeen is the most three-pointers the Govs have allowed in one game this season, which is an area that has continued to haunt them in 2014.

“It usually started with dribble penetration,” APSU head coach Dave Loos said. “They were more than willing to make the extra pass and spread you out. Then you have to get in and help on dribble penetration. It’s hard to get out to them.”

On Cosey’s performance, Loos simply said,”He can shoot it.” Those four words basically summed up the game as over and over again shots fell for him, tying a Dunn Center record for most three pointers made by an opponent.

Even with 23 points from senior guard Travis Betran, who played in Clarksville for the final time, the Govs could not match the hot shooting Colonels. Forward Will Triggs was also honored prior to the game for his four years as a Gov, but didn’t have a major impact by being held to nine points in the paint as EKU put emphasis on defending the posts. Chris Horton finished with 10 points and said the way the offense had to adjust limited himself along with Triggs.

“It was real tough because me and Will aren’t effective if it’s not really going inside,” Horton said. “Especially Will. All of his buckets come from inside. He primes on that, and if he can’t get inside, it’s not going to be a good night for him.”

Early in the first half, the Govs trailed by as much as nine points, but led a charge with five minutes remaining to take the lead with a three-pointer by Betran and two-handed dunk by Horton. But a couple threes by EKU would put them back on top by six, 40-34, at the half. The Govs actually shot at a higher percentage than EKU in the first half, but with eight threes, the Colonels established themselves early as being a threat from downtown.

Suddenly, the deficit was turned into 15 in just five minutes as Cosey scored 12 points in that span. Turnovers also took a tole on the Govs as they committed 20, which Betran said was a result of lack of confidence. Once a bad pass was made, APSU could not overlook it and walked to the bench, heads down, after timeouts.

While three consecutive losses certainly don’t help the Govs chances of reaching the Ohio Valley Conference tournament, which features the top eight teams, APSU isn’t officially out. Two road games remain for the Govs — traveling to Southeast Missouri on Thursday, Feb. 27 before closing out the regular season against UT Martin on Saturday, March 1.

For the Govs to punch their ticket to Nashville’s Municipal Auditorium, they must win both games and likely get some help from other teams along the way.

“We’re still mathematically in this thing,” Loos said. “Going into tonight, we had to win two out of our last three, and we have two left. We’re still hanging on.” 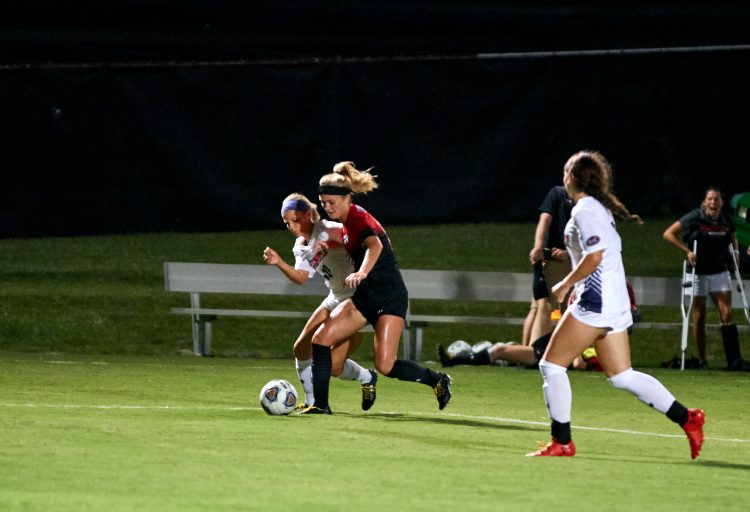