INDIANAPOLIS (AP) — A Purdue University engineering student who police say fatally shot another student in a basement classroom prepared to face a judge as those who knew both men struggled to make sense of the violence Wednesday.

Cody Cousins, 23, was scheduled to make an initial court appearance Thursday afternoon in a small courtroom at the Tippecanoe County Jail, Deputy Prosecutor Kristen McVey said in a statement.

Cousins, who has addresses in Warsaw, Ind., and Centerville, Ohio, is being held without bond on a preliminary charge of murder in Tuesday’s shooting death of 21-year-old Andrew Boldt of West Bend, Wis. Police have said Cousins targeted Boldt but they haven’t disclosed why or how the two might have known each other.

Conflicting portraits are emerging of Cousins. Former high school classmates and teachers say he excelled academically. But some at Purdue say he could be rude and disliked being told he was wrong.

“We know he excelled academically and was very strong in technology and computer science,” DeRosa said.

Greg Adams, who graduated from Springboro with Cousins, said the two weren’t close friends but that Cousins seemed friendly.

“From what I saw he was very outgoing,” said Adams, 24, who still lives in Springboro. “He had a girlfriend. After school I’d see him in the computer labs and he’d be talking to his friends and girlfriend.”

Former high school classmate Matt Herman, who works for WDTN-TV in Dayton, Ohio, told the station that Cousins was on an academic team and part of the skiing and snowboarding club in high school.

“We were all really shocked to hear this,” Herman said of the allegations against Cousins.

But Cousins may not have fared as well at Purdue.

Ashley Eidsmore, a teaching assistant in the engineering school, told The Associated Press that Cousins was an undergraduate member of her research team working through the Vertically Integrated Projects course. She said some of her lab mates who worked closely with Cousins complained that he was a “just all-around rude individual.”

Purdue Professor Thomas Talavage, who worked with Cousins, said he was intense and aggressive about his projects.

Talavage said the electrical engineering students are under tremendous pressure and many don’t graduate from the program even though they were top students before coming to Purdue.

Eidsmore, who was down the hall when the shooting occurred, said Boldt was a “brilliant student” who “wrote emails with exclamations of excitement and wore shorts all year long.”

“No one can comprehend why this terrible event occurred. I am just glad I was able to tell him all the good things I had heard about him from the teaching staff,” she told the AP in an email.

The moods on the Purdue campus in West Lafayette — about 60 miles northwest of Indianapolis — and in Boldt’s hometown in Wisconsin remained subdued Wednesday. Purdue reopened most of the electrical engineering building where the shooting occurred, but students weren’t scheduled to return to class until Thursday.

A billboard that appeared Wednesday along Interstate 65 south simply featured the word “Prayers” — the “P” from the Purdue logo.

In Wisconsin, a church was holding a prayer service and rosary in Boldt’s memory as his family pleaded for privacy.

“For the moment their request is simply that we pray,” the Rev. Nathan Reesman, pastor of Saint Frances Cabrini, in West Bend, Wis., said in a statement. 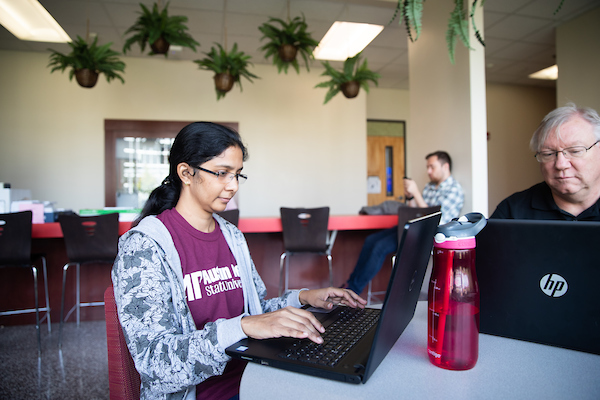