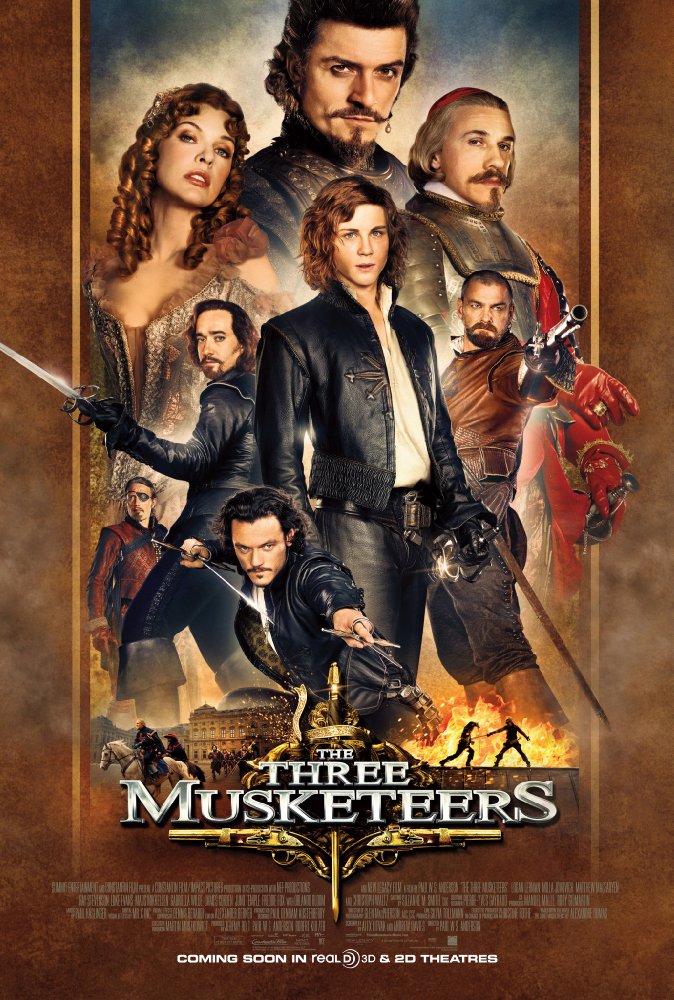 I love swashbuckling stories; I can’t help it. I love a smarmy hero, swordplay and swooning women. Naturally I am then a fan of “The Three Musketeers” by Alexander Dumas, which is one of the key works of fiction in that genre. The story has also been adapted a whole lot of times to various levels of success. The most recent adaptation was one from 2011 directed by Paul W.S. Anderson. This should be good…

The thing about this movie is that it is very dumb, and that is OK, I like dumb movies. The problem is there are points here that push the boundaries of sanity.

The movie starts with character introductions that have the main characters doing something cool before pausing the action to show who they are with text. That is a good kind of dumb; over the top but not out of place. However, in this opening scene something brain numbing happens next. Milla Jovovich runs through a booby-trapped hallway, outpacing the traps in slow-motion complete with asinine matrix dodge. Unfortunately, this kind of sets the tone for a lot of the movie. 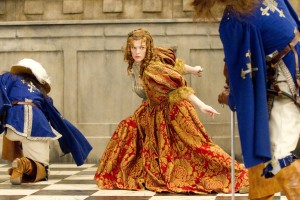 Her action scenes are embarrassing.

The sword fighting scenes are decently choreographed, but instead of in-camera action they add CGI backgrounds that make the whole thing feel fake. 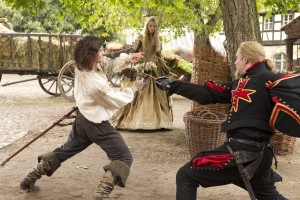 One of the few things that the film does fine.

Probably the dumbest part of the movie is that there is a full-fledged airship in here. That’s right, an AIRSHIP basically straight out of a “Final Fantasy” game. The reason this makes me the angriest is that nothing in the world of the movie that justifies its inclusion. If this 17th century France was more steam punk inspired I would be OK with it being a part of this world. As it stands, it sticks out like a sore thumb and it breaks the source material. The bad guys also build their own airship that is bigger and better. It is like something out of a “Pirates of the Caribbean” movie. 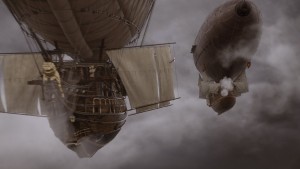 Because I do not care about spoiling this movie, I can say it ends on one of the biggest sequel baits I have ever seen. Needless to say, a sequel did not happen, but the best part is that it shows the Duke of Buckingham talking to someone on a boat that then pans out to show an armada heading for France. Wait, there is also an armada of, that’s right, AIRSHIPS that are in the sky. GENIUS!

I just spent over 400 words talking about all the dumb stuff that annoys me, and I have not mentioned anything else about the movie, so I guess I should do that.

The acting can be summed up as a mixed bag with wasted potential. Mads Mikkelsen and Christoph Waltz play roles in this movie as Rochefort and Cardinal Richelieu. This is very good casting for these roles, however, the pedestrian script and likely poor direction makes the performances average. 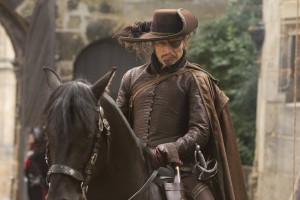 Mads is so hot right now.

The bulk of the cast is fine, just underutilized. There are a few line readings that are rather painful, but there are two culprits I think give bad performances. The first one is the actress who plays Constance, a role that might as well be played Plank form “Ed, Edd, and Eddy” because the performance is so wooden. The other is the actor who plays Athos. Every time he speaks there might as well be paint flowing out of his mouth that dries while the audience is forced to sit and watch.

There are a few strong points to the film. They get the characterization right, but these are long established characters so if they failed in this regard it would have been a cardinal sin. Also, the costumes are very good.

This movie is not good, but it is not a miserable time even if I feel dumber after watching it. Give it a watch if you like attempts at a modern day swashbuckling, even if it does fail in a lot of ways.