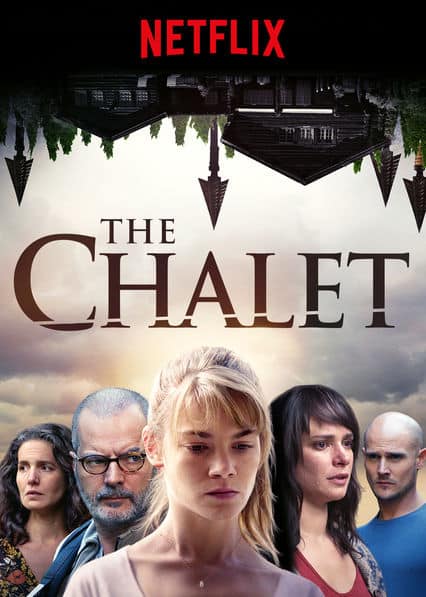 How many films and TV shows will it take to teach us that going to a cabin in the woods ends in trouble?

The Netflix series “Le Chalet” opens differently from most Netflix pilots: a man named Sébastien undergoes a psychiatric evaluation after an incident took place at a chalet. Cut to expectant couple, Adèle and Manu, driving toward the chalet while an unknown captive is bound and gagged below the mountainside.

The former residents of the chalet abandoned the place after two months, but twenty years later, it is renovated for a good friend’s wedding. However, after a weathered boulder destroys the bridge between the valley and civilization, they are stranded in the middle of nowhere with a growing sense of paranoia and a mysterious serial killer on the loose.

The most compelling aspect of the series is how tense the build-up is. From the opening shot, “Le Chalet” maintains a consistently dreadful atmosphere juxtaposed with an peaceful, gorgeous village setting. Its pace may be slow, but it compliments the story’s execution. Most “cabin in the woods” stories tend to be predictable to the point of becoming forgettable. However, “Le Chalet” constructs an engaging thriller without the need for excessive violence or obscene content.

Initially, the story is overstuffed with numerous plot points that it is hard to keep up with at first. There are references to unrequited lust, bullying, post-traumatic stress and murder within the first episode. At times, it is hard for me to keep up with everyone’s names. However, what amplifies these characters are how they interact with one another. The actors carry the mystery behind each others’ pasts with intrigue and suspense.

The story is told in anachronic order, jumping back and forth between 1997 and 2017. Because of this, the transitions can be jarring at times, especially at the beginning of the series. However, what saves some of the choppiness is how there are subtleties in various scenes you will have to go back and examine after the initial viewing. For example, a written piece of prose one character reads comes up in a conversation from the past, tightening the story so that it challenges the viewer to pay attention.

Because of how captivating the story is, the language barrier will not serve as an issue for most people. The fact “Le Chalet” debuted in its native language should not deter people from giving this series a look. “Le Chalet” is an enthralling take on the “cabin in the woods” premise that makes for an international treat.