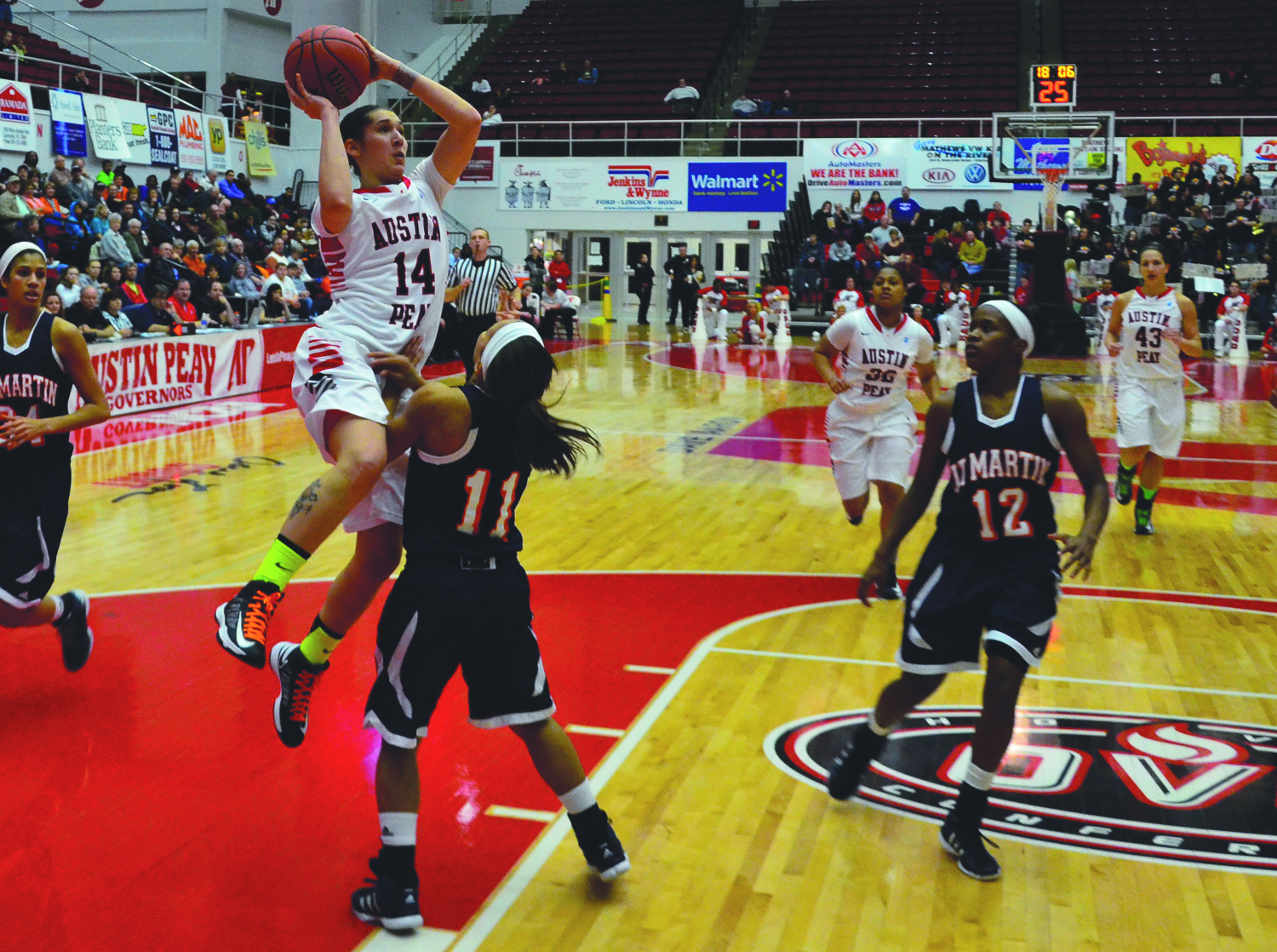 The basketball Lady Govs started their 48th season against Horizon League foe Wright State University at the Winfield Dunn Center on Friday, Nov. 14. The Lady Govs lost their home opener to the opposing Raiders 73-85. The Lady Govs haven’t won a home opener since the 2011-2012 season over Southern Illinois University.

The Lady Govs started out on the wrong foot, as they were down 10-2 within the first four minutes. Nearing the end of the first half, Wright State widened the margin by seven. The halftime score was 47-40 in favor of the Raiders.

Leading 47-40, The Raiders kept up their offensive prowess, increasing the lead to 15 headed into the second media timeout. The Lady Govs could never comeback from the deficit.

Tiasha Gray had her best career game against the Raiders, totaling 37 points (beating her previous high of 28), 7 rebounds and 4 assists.

The Lady Govs tip-off against the Evansville University Purple Aces on Sunday, Nov. 16, at 1 p.m. in Evansville. The next home game is Saturday, Nov. 22, against Grand Canyon University at 11 a.m. at the Dunn Center.