On Wednesday, Oct. 17, the SGA Senate passed the first two resolutions of the year, both put forth by the Senator Myleah Gallagher. Both pieces of legislation were passed unanimously.

The first resolution was to submit an official request regarding the circulation desk in the library being up to guidelines set down by the Americans with Disabilities Act.

The current height of the desk is 39 inches; the ADA states the desk needs to be no taller than 36 inches.

The change would assist students and faculty with movement limitations in reaching the top of the desk.

The estimated cost for the modifications will be $260,000.

This problem was brought to the attention of the university in 1994.  The action of this legislation will take place in the spring of 2013.

The second resolution was to submit an official request to the physical plant on campus to set up a cell phone and rechargeable battery recycling center.

This would allow for drop off of old cell phones and rechargeable batteries for proper disposal and reuse. Senator Gallagher stated the only maintenance for the collection kits will be filling out reorder forms.

The program, according to Senator Gallagher, is completely free. The source for the collection kit is call2recycle.org.

This is a nation-wide program to recycle most used cell phones and rechargeable batteries and is free to participate in.

The action for this legislation is to take place as soon as possible. Senator Sarah Simpson proposed the third resolution of the semester.

This resolution is to send a formal recommendation to the Physical Plant asking for the replacement and encasement of the cork backings in the exterior bulletin boards due to weather damage.

According to Senator Simpson, the cork has worn off almost all of the exterior bulletin boards, making posting any flyers difficult.

It was suggested that after the cork is replaced that the boards be encased, but not locked, to prevent weather damage to the new cork and the posted flyers.

This resolution would only ask for the replacement of exterior cork. The SGA Senate will vote on this resolution on Oct. 25, 2012. Last week, SGA met with President Hall.

SGA President Jesse Brewer said the event was private and a representative of The All State was not permitted to attend.  Minutes for the meeting were not taken.

The SGA Senate meets in room 307 in the Morgan University Center every Wednesday at 4:00 p.m. All meetings are open to students and the first ten minutes of each meeting is reserved for the comments and concerns of any attending students. 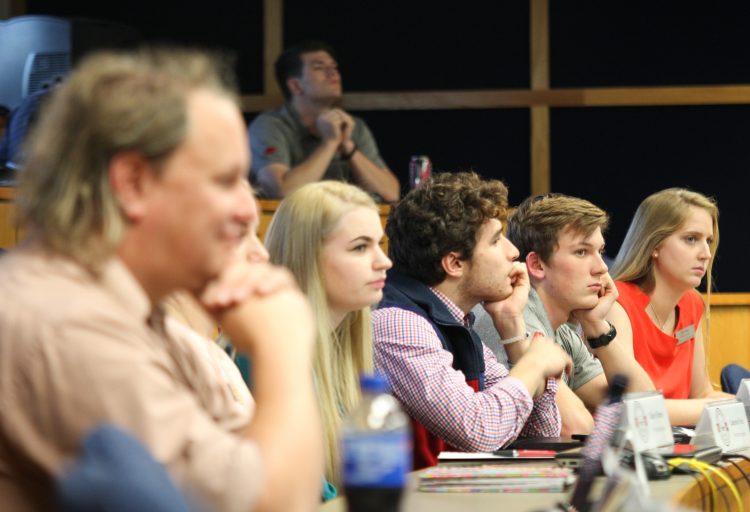