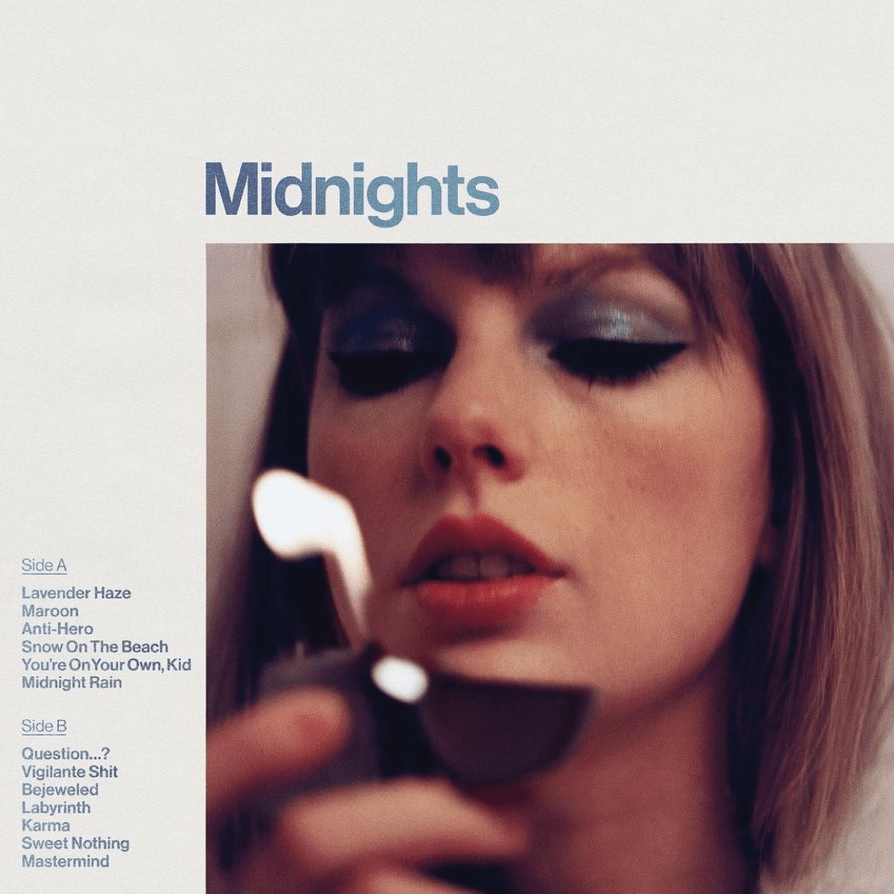 Taylor Swift’s songwriting has often borrowed from her personal life, and Midnights takes this idea down a very different path than one might expect. Swift described the album on Twitter as dark, cloudy, hot, cold, romantic, and even terrifying. The record jumps between moods and themes with every track while maintaining a consistent sound.

The album feels like staying awake until midnight with all the thoughts that run through your head. Sadness, loneliness, and self-hatred collide with the occasional triumph, all delivered with confidence and technical skill.

Taylor has released three original albums and two re-recorded albums since 2020, a prolific rate for pop.  Considering this, it’s no small feat that the album sounds so complete and thought-out. Swift feels thoroughly at home throughout the tracklist.

The sound itself is mostly consistent, dark, moody electronic pop with an everpresent drum machine. That said, parts of the album do stand out on their own, often surprisingly.

“Anti-Hero” begins with the aforementioned drum machine on full display before Taylor’s singing kicks in. It’s a lighter song for the album, complete with a brighter chorus. The song borders on self-loathing at times as she discusses a few of her least favorite things about herself. The brighter, happier tone of the song creates a bit of lyrical dissonance, which I enjoyed.

Metaphors are dark, but still musical, and almost fun if you can describe your issues as fun. She compares herself to a monster looming over a city à la Godzilla. Then she blindsides you with a verse about dreaming of her own murder at the hands of a family desperate for money and laughing at them from hell. I audibly gasped the first time I listened to the song and enjoyed it all the more for it.

Another brighter song, “Snow on the Beach” features Lana del Re singing in the background. Her voice is just barely audible, on the tip of your hearing. She echoes Taylor’s words closely, haunting her very lyrics. While some were disappointed with how Lana contributed to the song, I think it works to great effect.

Another standout is “Vigilante Sh–,” with a lightweight, but effective production consisting of dark, pulsing synths and rattling hi-hats throughout. This song features a Reputation-style villainous persona as Swift describes a woman ostensibly getting even with an ex by airing out their dirty laundry, as well as his crimes.

The somewhat chaotic, all-over-the-place theme of the album comes to a head with “Labyrinth.” Featuring melodies that blend into each other, assortments of beeps and bops, and a scratched note throughout, the song causes a sense of unease as she repeats that she’s falling in love again despite her worries about doing just that.

Immediately after comes “Karma,” which is simply pop excellence. The song touches on themes of Karma being on Taylor’s side, and the song is upbeat, confident, and proud. The song sounds like luxury, with ostentatious synths welling around you while the occasional shining diamond of a note comes in at the top. The bright plinking plays great over the deep, rich, welling synths. It’s the song I most found myself humming to myself hours later.

“Mastermind,” has Taylor leaning into the scheming personality she’s occasionally painted as. The song has Taylor treating her relationship as a game, an elaborate plan she’s concocted to obtain who she’s singing at. Despite this, Taylor doesn’t come off as manipulative, but sweet and genuine. She details every step of her Machiavellian plan before the subject of the song reveals they had known of her plan the whole time. It’s a feel-good romantic ending that feels satisfying topping off the album.

Except, of course, that the album isn’t really over. Taylor almost immediately released a surprise edition of the album with seven bonus tracks. She describes Midnights as complete at 13 tracks, with the seven extra tracks being written while finding this perfect balance.

“Bigger Than The Whole Sky” turned out to be the album’s tearjerker to me. The slow synths and occasional twangs of acoustic guitar create a melancholy atmosphere paired with Taylor singing about someone lost too soon. The exact details are left open to interpretation, and it’s the kind of song that can become intensely personal to almost anyone who listens to it.

“High Infidelity” drew my attention immediately. At first because of the parallels to certain REO Speedwagon albums, then because of its unique sound. It’s composed of digital beeps and piano chords with the lyrics, in fact, being about infidelity. The song explores the pain felt by both parties after infidelity in an unstable relationship.

“Dear Reader” maintains a similar sound to the earlier parts of the album but reads like a letter written to a past self. Ostensibly targeted at the listener, the song warns not to mingle with the untrustworthy, capping off an album filled with themes of mistrust and pain.

Taylor’s new album is a return to pop form, with a dark, pained flavor throughout. While the production blends together at times, the lyrics ensure the music never drifts into the background with deeply personal themes of pain and tragedy. It has just enough uplifting moments and songs throughout to leave the album on a hopeful note, especially ending with the unabashedly cute “Mastermind.”

Overall the album is an exploration of Taylor’s thoughts, feelings, and pains combined into an album that feels meticulously crafted even while nicely bordering on stream of consciousness. With an album like this, it’s not hard to see why Swift’s lyricism and technical skills have such a good reputation. 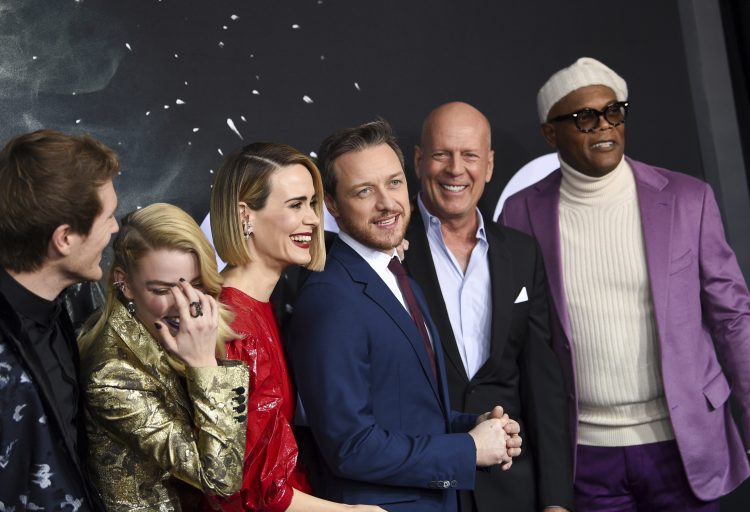 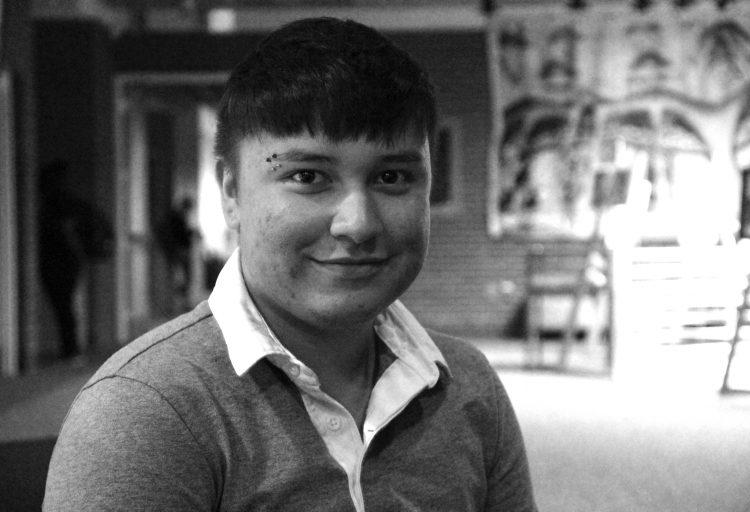