The Student Government Association and Einstein Bros Bagels hosted a Presidential Debate Watch Party on Wednesday, Oct. 3. The event was held in Einstein’s for all students and faculty/staff, with free pastries and 50 cent coffee provided.

“Since the voice and vote of students is important, providing opportunities for students to engage in an environment that encourages open and honest dialogue is important to cultivate a culture of civic engagement,” said Gregory Singleton, associate vice president and dean of students.

Einstein’s was filled with students and faculty alike all eager to hear the two presidential candidates, Gov.Mitt Romney and President Barack Obama, discuss their respective plans for the country’s future.

However, the two candidates were not the only ones debating. The watch party attendees could be heard discussing the candidates’ answers with one another. Other members of the audience tried to quiet those speaking so they could hear the actual presidential debate.

The crowd was notably enthusiastic. Viewers booed when they disagreed with one of Romney or Obama’s statements, cheered when they agreed, and even laughed at Jim Leher, debate moderator, and his struggles to control the candidates.

Cellphones and laptops were also present as students updated Twitter and Facebook with statuses on the debate. Although both Democrats and Republicans attended, the amount of students wearing Obama-Biden pins outnumbered those with Romney-Ryan pins.

“[The purpose] is to get people involved,” SGA Tribunal Justice Joe Marler said, “We want to keep people informed and encourage people to watch [future debates] later on.”

The debate watch party was not the first political event on campus. Most students in attendance claimed to have registered to vote through an on-campus event, such as Rock the Vote, hosted by the African American Cultural Center, and College Democrats Registration Drive.

Other students said they were voting through absentee ballots for their home state.

The importance of the election was not lost on students. From freshman to seniors, political science to communications majors, every student emphasized the importance of college students in the 2012 election.

“It’s important to be involved in politics because it colors every aspect of our lives whether we realize it or not,” said student Jess Brundige after the debate.

“I think the watch party helped students get a better grasp on the election,” Elizabeth Howie said. “We aren’t going to be under our parents’ wing forever. It gives us an opportunity, a push, to have our own independent thoughts and opinions no matter if we vote Romney, Obama or even a third party.”

Keedy Burdeshaw, freshman, explained her view on the importance of campus events, such as the watch party, that help educate students on the presidential race.

“We are the future of America, but we are the least likely to vote. It is so important to get involved because it is our future.”

The event not only allowed people who were already invested in the election to watch and discuss the debate; it also gave students who weren’t following the election a chance to learn about both Obama and Romney.

“I came to the event because I want to understand the candidates better,” said Ashley Lesogar.

With election month just around the corner, the Romney-Obama fight for the White House continues with APSU students striving to spread political awareness. 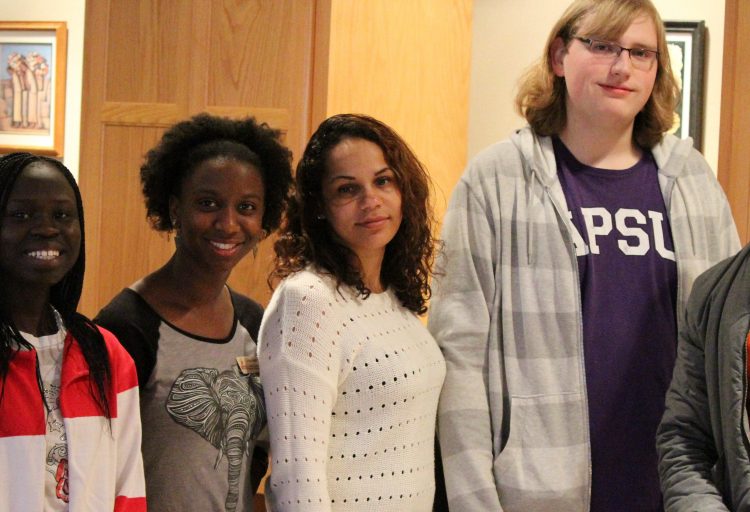