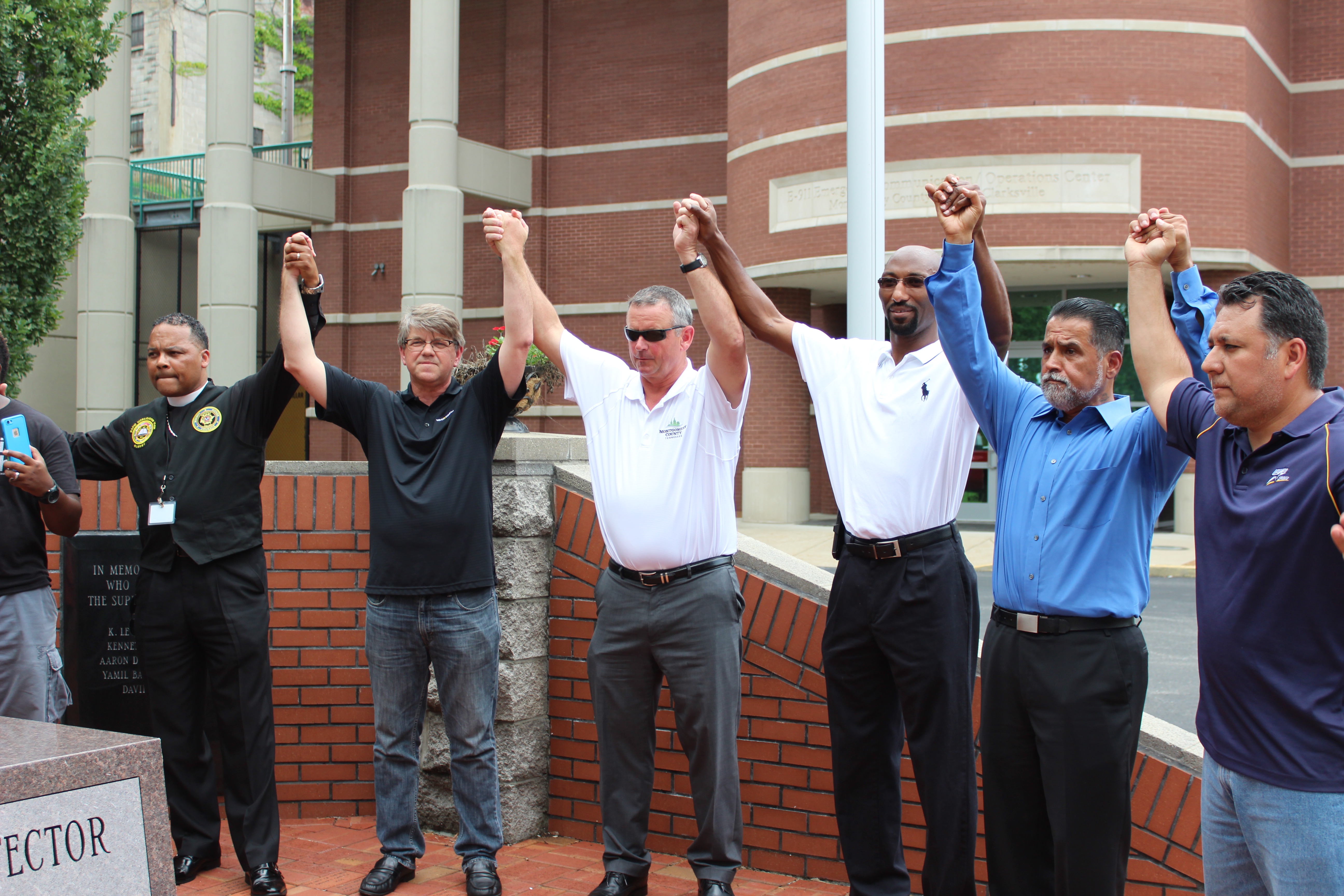 Several members of the Clarksville community, including government officials, clergy and citizens, gathered outside the Clarksville Police Department for a prayer vigil on Friday, July 8.

County Commissioner Tommy Vallejos organized the event in order to promote unity in the community and show support for both the victims of gun violence and law enforcement officers. Vallejos and other leaders from Clarksville spoke and prayed at the event, which lasted 15 minutes.

City councilman David Allen started the event by quoting 2 Chronicles 7:14 from the Bible and leading the crowd in prayer.

“This [event] is about unity and about us coming together,” Allen said. “This is not about any particular race or socioeconomic class. This is about us pulling together in prayer.”

Others who spoke at the vigil included Bishop-Elect Timothy Grant Sr. of Deliverance Outreach Temple and Pastor Larry Riley of First Baptist Clarksville.

After the vigil, Vallejos said he wanted “everyone to know we are all Americans and [that] we are all part of the same race.”

An unrelated demonstration supporting civil rights and peace followed the vigil later in the day.