Hosting both matches at home, the Lady Govs defeated Eastern Illinois on Tuesday, March 27, 5-2. The Lady Govs fell to the visiting Murray State Racers on Thursday, March 29, 3-4, in a contest that came down to the final matches to determine the winner.

Splitting the two games during the week left the Lady Govs with a 6-12 overall record, while still maintaining a winning 3-2 record in OVC play.

The Lady Govs have four remaining OVC games before heading into the OVC tournament on Friday, April 20, in Nashville.

Thursday’s match saw the Lady Govs and Racers go back and forth the whole match, with the visiting Racers pulling out a close victory in the end.

Despite winning the doubles matches, the Lady Govs were unable to pull out the team win, the first time it has failed to do so this season when taking the doubles points.

The Lady Govs continued to receive great production from No. 1 senior Vanja Tomic and No. 3 freshman Alison Carre.

Both players improved to 5-0 in OVC play, and they were able to win No. 1 doubles together, 8-5. No. 2 doubles team of freshman Ornella Di Salvo and sophomore Andra Cornea convincingly won their fourth consecutive match together, 8-0.

The Lady Govs look to improve their OVC record when they host Tennessee State on Friday, April 6, and Jacksonville State on Saturday, April 7, at the APSU Tennis Courts. TAS 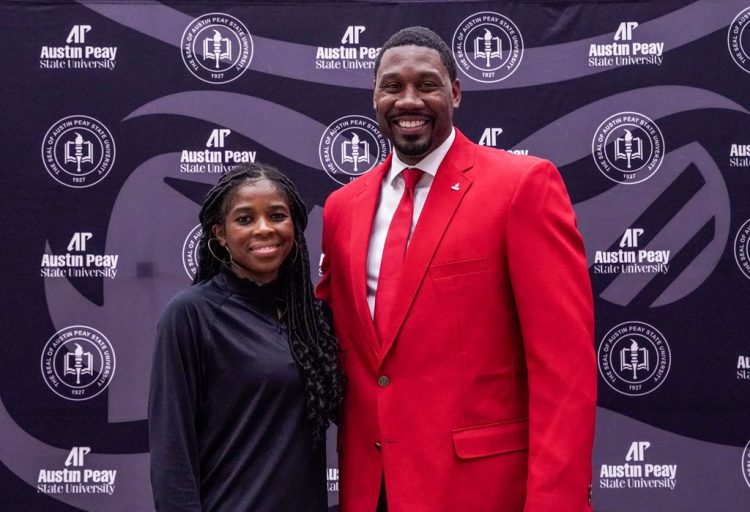