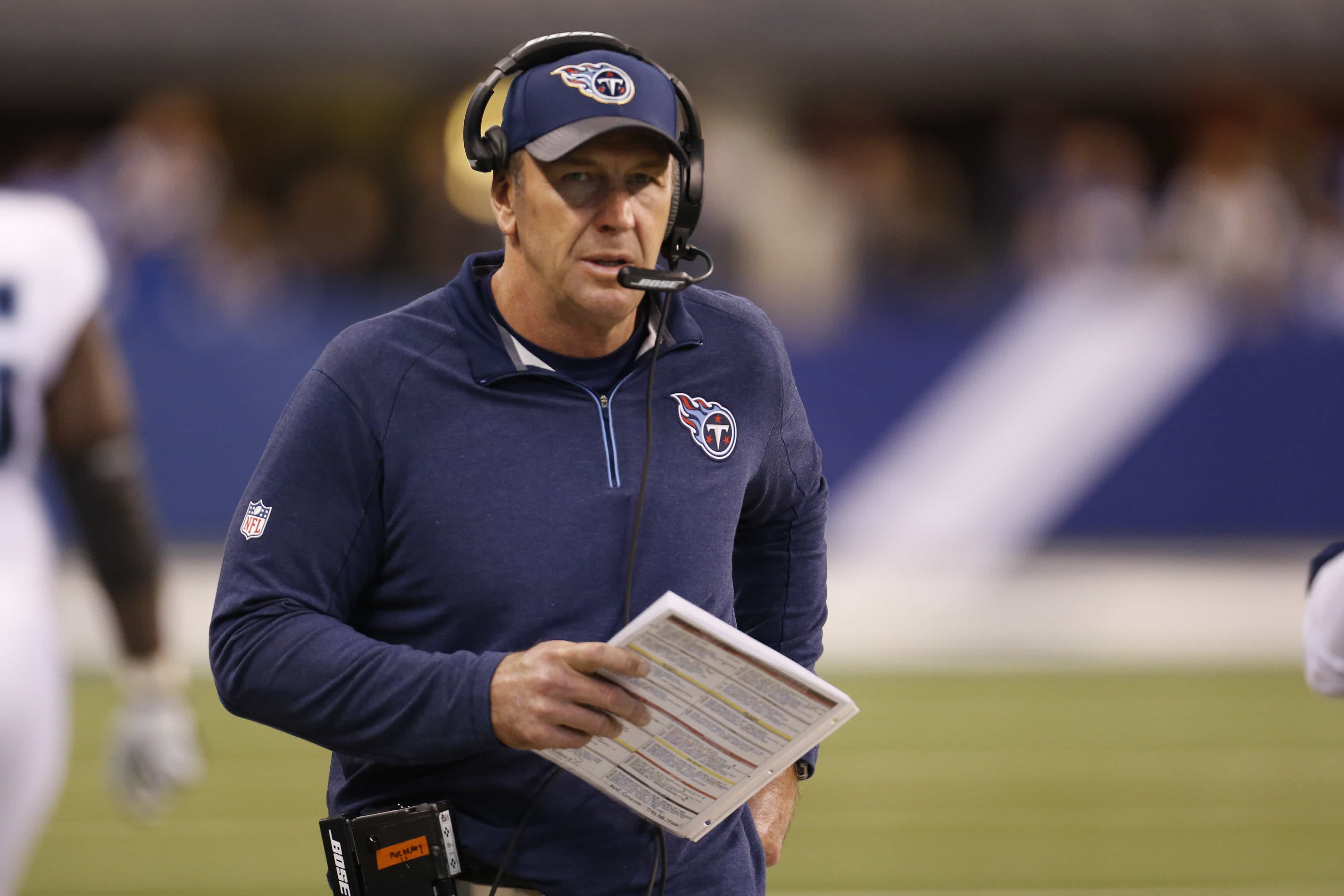 The Tennessee Titans are keeping Mike Mularkey as their coach.

The man who handled the final nine games after the team fired Ken Whisenhunt this season was chosen Saturday, Jan. 16, just hours after the Titans wrapped up their fourth and final interview for the job.

The last NFL team with a head coach position to fill chose not to wait around for more candidates, instead joining the other six teams who all decided to hire offensive coaches for their openings.

Controlling owner Amy Adams Strunk said Mularkey won the job with his vision for the Titans and how he handled the final two months of the season as an interim coach.

Mularkey was 2-7 in nine games after Whisenhunt went 3-20 in his tenure before being fired Nov. 3.

“Mike is a quality coach and an outstanding person who will help us build this team the right way,” Strunk said in a statement. “He has experience as a head coach and a track record for developing young quarterbacks and dynamic offenses, and he also brings continuity for our franchise quarterback. We understand this may take time as we rebuild the roster and bring in new coaches for Mike’s staff, but we believe he has the experience and expertise to buildå a consistent winner.”

Mularkey becomes the 18th coach for this franchise overall, and Tennessee’s third since Jeff Fisher left in January 2011.

Keeping Mularkey means avoiding having Marcus Mariota, the No. 2 pick overall in the 2015 draft, start over completely going into his second season.

“We won’t be starting from scratch,” Mularkey said. “With that as a basis, we will now be installing some new systems and bringing in new coaches and players to build on what we have started. There is plenty of work to be done until we reach our goal, but we will all work tirelessly to get us there.”

The Titans hold the No. 1 pick in April’s draft and have more than $20 million in space under the salary cap.

“Mike’s attention to detail as well as his track record of building dynamic offenses while developing young quarterbacks such as Matt Ryan is impressive,” said new General Manager Jon Robinson.

After his stint in Buffalo, he was offensive coordinator at Miami, then coached tight ends in 2007.

Atlanta hired him in 2008 as offensive coordinator, and the Falcons had a 3,000-yard passer, 1,000-yard rusher and 1,000-yard receiver in three of his four season, which earned him another chance as the head man in Jacksonville in 2012, where he went 2-14 before being let go when the Jaguars hired a new general manager.

Mularkey took off the 2013 season and traveled. His old friend Whisenhunt brought him back by hiring him to coach tight ends in Tennessee in 2014, and Delanie Walker turned in the best season of his career that year before topping it in 2015 by becoming the franchise’s first 1,000-yard receiver as a tight end.

Walker also became only the ninth tight end in NFL history to catch 90 passes in a season.

Several Titans congratulated Mularkey on Twitter, with undrafted free agent rookie Quinton Spain thanking the coach for giving him a chance to start at left guard down the stretch.

Mularkey called Mariota and gave him the news personally, the quarterback told the team’s website.

“He did an incredible job with what happened this year and handling everything,” Mariota said. “I am very excited to have him as a coach and I look forward to getting to work.”