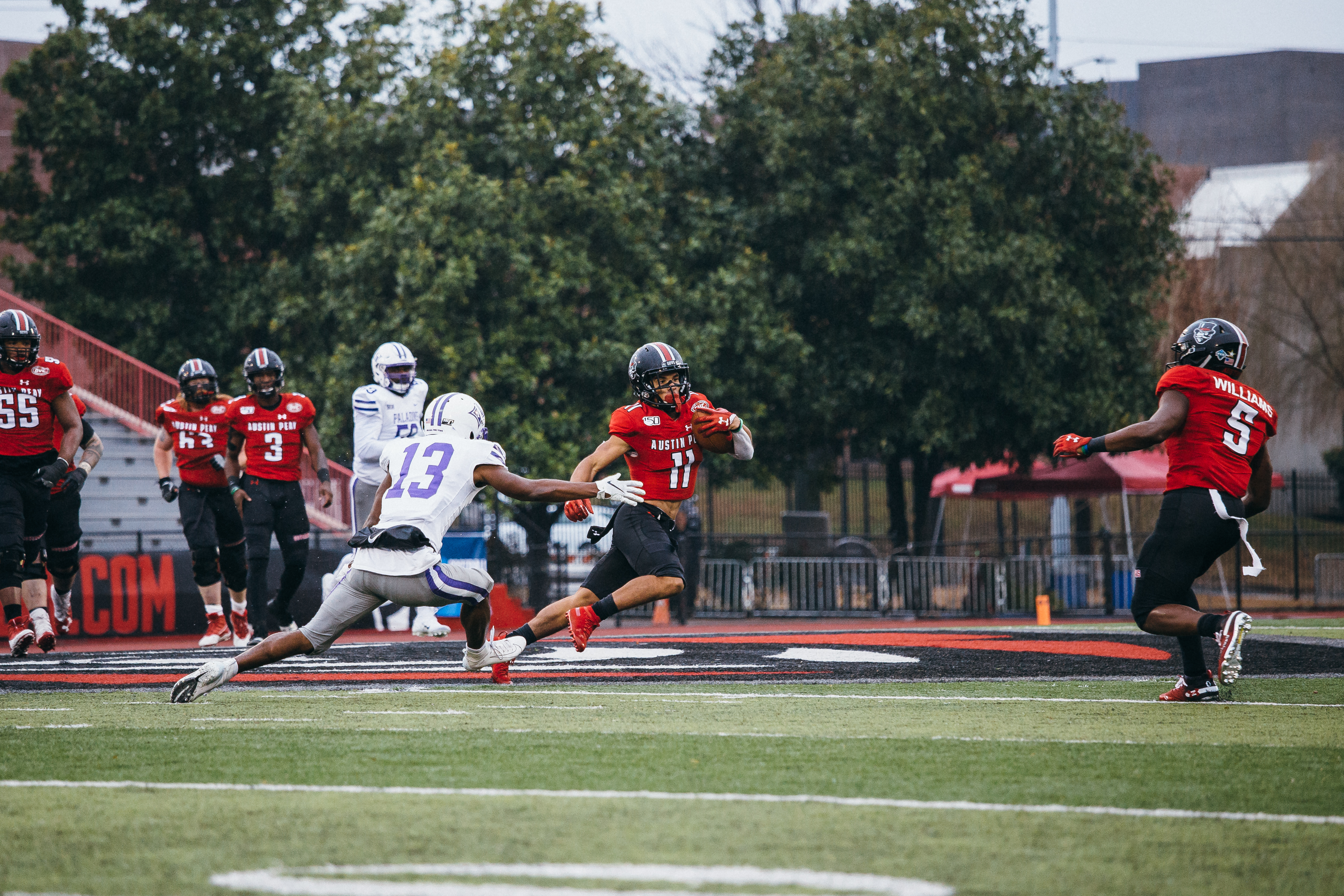 Never before has APSU reached this type of success. A playoff bid after winning the OVC championship and putting the football program on the map. With a new coach and a group of determined seniors, the expectations for this season were not astronomically high. After winning a few games on the road, winning the OVC champion title and the first round of FCS playoffs, there is no telling what this team is capable of.

With the game starting with showers it was hard to imagine that the seats would be filled but the community did just that to make sure the Govs had support. And with an unprecedented energy in the air, Furman received the ball and just three plays later Senior, Taylor Trent had what could have been an early interception. The ruling on the field was overturned, but it left a powerful Furman offense with a bad taste in their mouth. APSU would get the ball after a Furman punt and go 77 yards and 13 plays for a touchdown. A passing connection from JaVaughn Craig to Elijah Brown.

The score was 7-3 after a Furman field goal, and it stayed that way until an hour and thirty-two-minute rain delay passed and allowed for safe gameplay. The delay started with 10:39 left in the 2nd quarter and up to this point, the stifling Governors defense held the Paladins to no first downs. After the game, Furman’s head coach Clay Hendrix was talking about the Governors defense stating, “Anybody watching the game could clearly see that there was a size, speed and agility difference between the two teams. All props to Coach Hudspeth and his guys.” For more perspective, the Paladins’ offense was ranked number one in the SOCON.

After the rain delay, both teams came out ready to get momentum back, but neither achieved this feat before halftime and the score remained 7-3 going into the second half.

After halftime, there was an apparent better team, both mentally and physically. With 28 points being put up in the 3rd quarter alone by APSU, the game got ugly fast. With 2 touchdowns coming through the air and another 2 coming off the ground, in just a matter of 4 minutes and 18 seconds of T.O.P., the Govs scored those 28 points. The offense sealed the deal, but Kordell Jackson put his stamp on the game with a strip fumble and recovery in the 3rd quarter. The Paladins also muffed a punt that turned into quick and easy points for a versatile APSU defense.

Luckily for the Paladins, the third quarter ended and after the smoke cleared it was 35-7. But that did not mean the Govs were done proving that they were no longer the same team from four years ago, adding an extra touchdown for good measure, courtesy of Beniko Harley. Furman would get a pride field goal, but it would not do much for the overall outcome of the game. The final score after the damage had been done would be 42-6.

Earlier this season in an interview with The All State, Coach Hudspeth preached his one game at a time mentality. When asked about that mentality after this historic win, he reiterated, “It’s all about trusting the process and all of our guys have trusted the process from our staff. I have a lot of faith in our guys and I trust them. It all goes back to the culture of our team.”

Now he has one more game to worry about and it is against Sacramento State in Sacramento, California. This will be round two of the FCS Playoffs and most likely the toughest game all season for APSU. At 7 p.m. on December 7, the rest of the country will see just what this up-and-coming football program is all about. 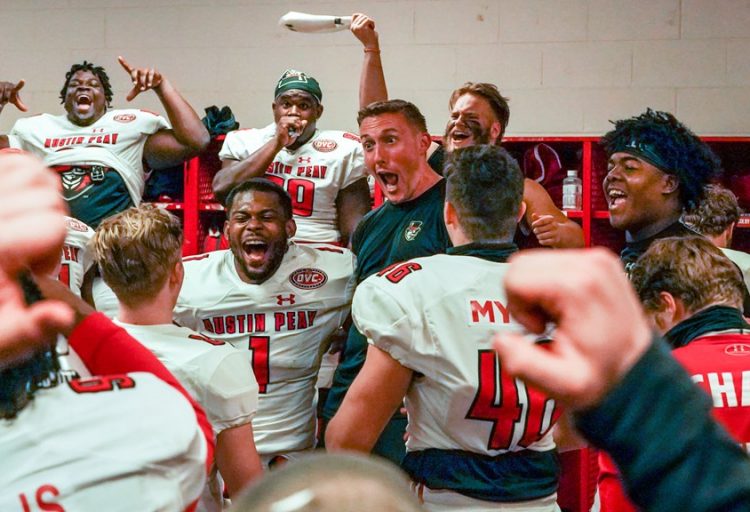