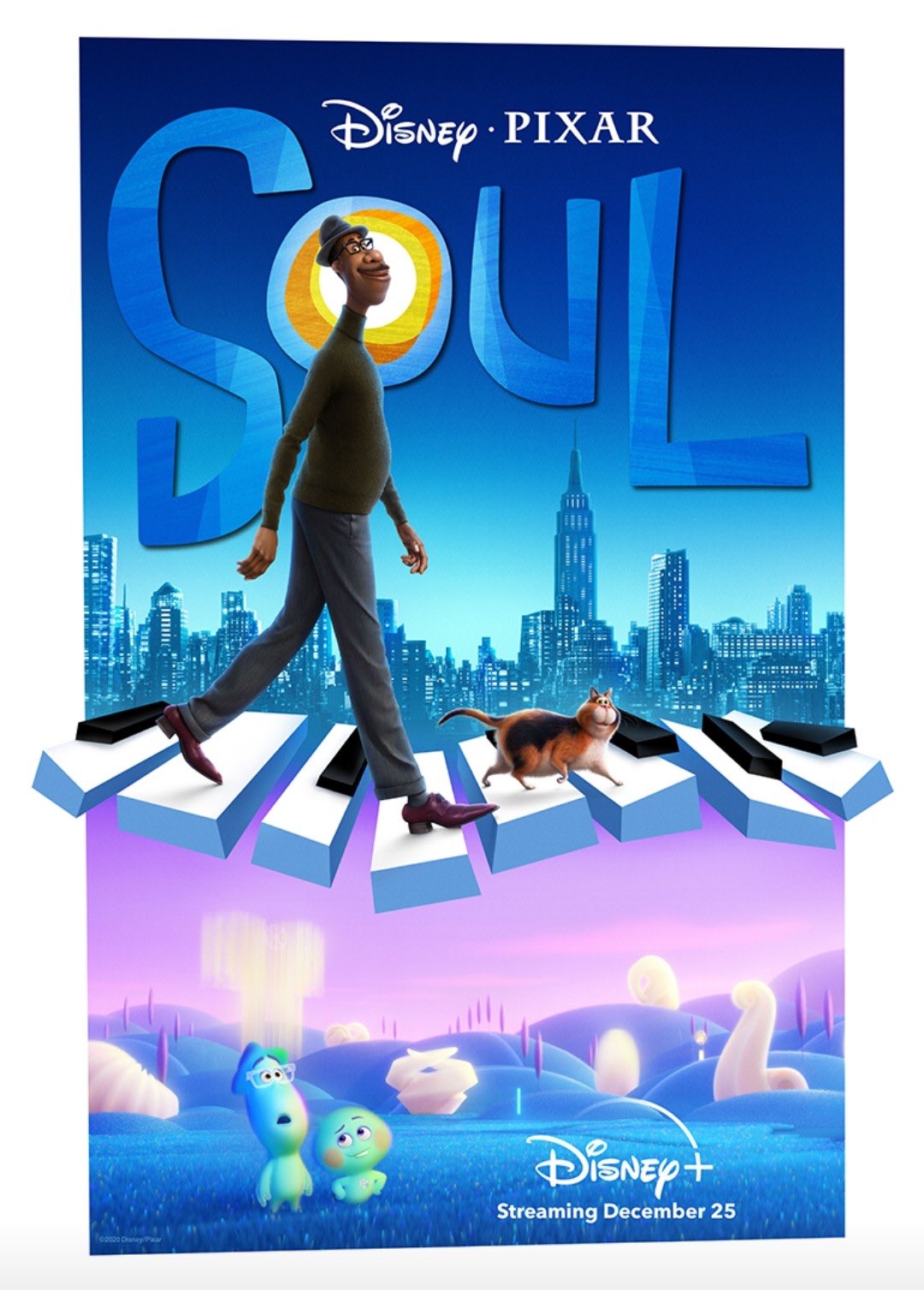 When I watched the first trailer for “Soul,” I knew from the start what my reaction to the film would be.

The trailer first mentioned Pete Docter’s previous writing credit for “Up,” to which my reaction was a grimace. Then it referenced “Inside Out,” and I groaned. And then it brought up “Coco,” and I tapped out at that point. Knowing how devastatingly good those previous movies are, I knew “Soul” would emotionally wreck me.

Joe Gardner is a middle school teacher who dreams of a career in jazz music. His family is skeptical of this decision, as a musician’s life is not always the most stable or fulfilling. However, everything changes when legendary singer Dorothea Williams offers him a chance to perform with her band.

Just kidding. It actually changes when he falls down a maintenance hole and slips into a coma.

While comatose, Joe’s soul leaves his body and is about to depart for the “Great Beyond.” Joe escapes and instead falls into the “Great Before,” where unborn souls develop with counselors’ help. Mistaking Joe for a counselor, they assign him the ornery 22, an unborn soul who does not see the point of life on Earth. She asks outright, “Is all this living really worth dying for?”

This is not only a mature premise for a Pixar film, but an existential one at that. While Pixar is generally good at approaching nuanced concepts from a childlike perspective, this feels specifically oriented for adults. It is very reminiscent of Brad Bird’s work on “Ratatouille” and the “Incredibles” film series.

As I previously stated, Pete Docter’s work referenced in the teaser for “Soul” are films I would consider emotionally resonant. “Up” is about loss, grief and the adventures you pursue after one ends. “Inside Out” is about finding balance within your emotions and how toxic positivity can cause great mental harm. “Coco” is about legacy, as well as the dangers of idolizing people.

There is no denying that these are universal concepts children need to learn, and Pixar approaches them in a well-rounded way. But even then, there is some degree of gimmicks that risk a tonal divide within the plot. It can be distracting, balanced or somewhere in between. But “Soul” manages to find the happy medium…most of the time.

When Pixar first promoted the film, the premise drew criticism for its portrayal of a black character as a nonhuman. The context behind this is the frustration that a film with black characters will not even prioritize their blackness. Instead, the film reduces them to nonhuman characters and takes away the focus of their black identities. An example of this is Disney’s “Princess and the Frog,” where Tiana and Prince Naveen spend most of the film as frogs.

This discourse goes beyond acknowledging that as a white person, I do not have a say in how black people should view themselves in mainstream media. Not every black person feels the same way about this topic. Many black people are critical of films like “Princess and the Frog” because they do not want their representation to boil down to detached nonhuman portrayals. However, many black people connect to those movies because of how they see themselves in characters like Tiana and do not want that step forward taken away.

My concern about “Soul” was for a vaguely similar reason. There is a segment in a TV promo where 22 makes exaggerated hip-hop gestures whilst viewing Joe’s life. I cringed at that and said, “Please tell me this won’t drown out the actual intentions of the film.”

With the full product released, “Soul” treads a fine line. There are gimmicky moments with Joe and 22 that will make some black audiences uncomfortable, and that is as far as I can comment. However, if you are afraid Joe spends more than half the film as a bright blue blob, I promise that is not the case.

The immediate strength of “Soul” is its animation. Everything about it is both relaxing and exciting. The colors are consistently warm and imaginative. The use of 2D animation in a 3D animated film blends spectacularly without one overpowering the other. Visually satisfying examples include Joe at a barbershop and propeller seeds falling from the sky.

Another strength I anticipated was the music. It did not surprise me that Trent Reznor and Atticus Ross’ score is incredible. Considering both have a history in industrial and ambient music, it makes sense they have a knack for atmospheric production.

The musical collaboration I anticipated the most was Jon Batiste’s jazz composition. I got into Stephen Colbert’s “The Late Show” within the past few years, and that was how I became acquainted with Batiste’s work. I am constantly in awe of his talent. There was no doubt in my mind his contributions to “Soul” would amaze me, and it did.

I did not expect to be so impressed with Jamie Foxx and Tina Fey in the lead roles. I never doubted Foxx and Fey were great but I was genuinely surprised by their camaraderie and personal deliveries. They approach their characters with both conviction and subtlety, which I greatly admrie.

Those descriptors best convey the experience of watching “Soul.” Everything about it feels genuine. I do not feel isolated in the discussions of striving to find joy in life and struggling to understand the purpose of living. While it will definitely appeal to adult audiences, it does not bite off more than it can chew whilst communicating these topics to children. It is neither simplified nor overly ambitious, striking a balance between the designated and intended audiences.

There is unfortunately one detriment, and without spoiling anything, it is the ending.

I do not believe it is enough to ruin the film. In fact, the ending could spark a fascinating dialogue. What could annoy a moviegoer like me could inspire meaning in someone else. Being empathetic to every viewer’s interpretation risks being too passive about others’ opinions rather than definitively stating your own. But with regards to a film with a diverse perspective on life and the sum of its parts, it is worth bringing up because it is relevant to the film’s purpose.

But I do think the route Docter took with the screenplay is disappointing. There needs to be realistic consequences in films intended to convey complex topics to children. The takeaway would not be telling kids life sucks and nothing matters. It would be a nuanced acknowledgment that life is unpredictable and painful, but that does not mean there is nothing to appreciate. It was not the life you wanted but you lived a good life.

Regardless of the ending or walking a problematic tightrope, “Soul” is a much-needed return to form. After a decade of hit or miss films, “Soul” feels like a reminder that Pixar was founded on imagination and wonder. I do not want more sequels that repeat the themes of their superior predecessors. I want to see beautiful stories that do not continue by a creator’s hand but rather how a person incorporates these messages into their life moving forward.

“Soul” is not just a movie worth checking out. It is a movie everyone needs to watch at least once. For all you know, the water you live in could very well be the ocean you were looking for.