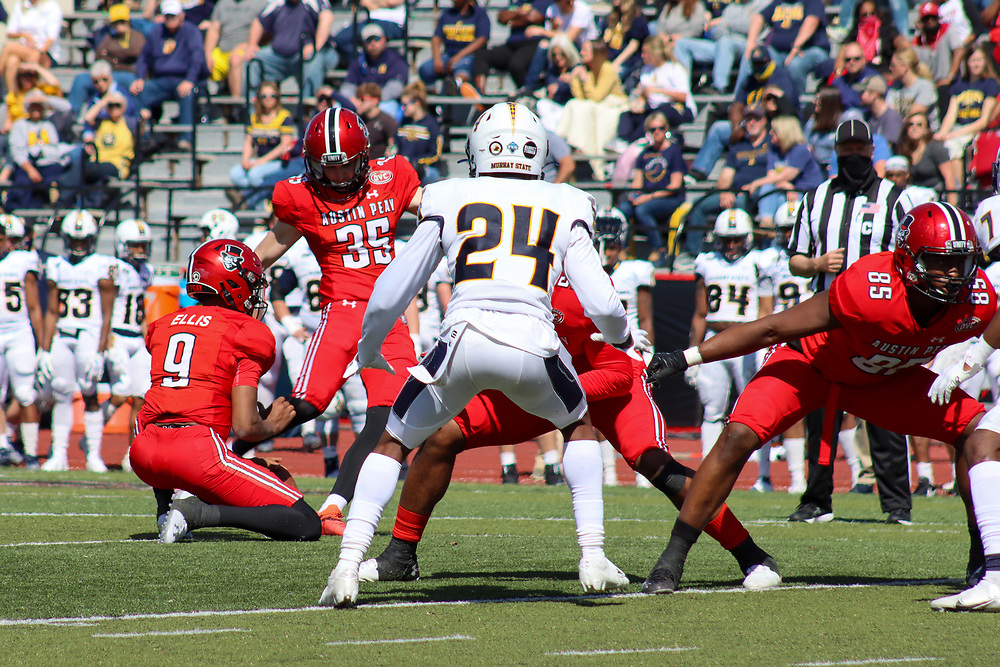 The last time the Governors played at Fortera Stadium, they fell on a last-second field goal against UT Martin.

This week, however, it was APSU who came away with a game winner following a 33-yard field goal by Grant Paulette to hand APSU a 34-31 win over Mu**ay State.

Fresh off the heels of a defensive-oriented 13-10 victory in Jacksonville, Ala. a week prior, the Governors used late a dynamic second-half offense, a timely defensive stop and a masterful 17-play final drive to come away with the three-point win over the 13th ranked team in the FCS.

While the two offensively-driven programs would go on to account for nearly 800 combined yards at the final whistle, defense reigned superior early.

The Racers offense began to click on their fourth drive of the afternoon when they orchestrated a 10-play drive to the APSU 23-yard line that resulted in a 41-yard field goal to tie the score.

On their next drive APSU head coach Scotty Walden dialed up a play from 1927 Illinois head coach Bob Zuppke’s book with a flea-flicker for a touchdown. With CJ Evans flanked behind him out of the shotgun, quarterback Draylen Ellis began to walk to his right as if to receive a call from the sideline. This call ended up being a direct snap to Evans, who took a few steps and pitched it back to Ellis, who then found junior wideout Eugene Minter for six.

In what would become a growing trend throughout the second half, Mu**ay State answered back with a score of their own on their next drive before the teams exchanged three punts prior to halftime.

Excitement blanketed all in attendance after one half, but the show had just begun.

Three plays and 41 seconds is all it took for the Governors to regain the lead on an Ellis bootleg run from 11 yards out. But the Racers needed just four plays and under two minutes to answer back with a score of their own to tie the game back up at 17 a piece.

Senior tailback Ahmaad Tanner found paydirt on the Govs’ next drive, resulting in his third-consecutive contest with a score on the ground. Mu**ay’s Preston Price barreled his way into the end zone from a yard out following the score, his second successful sneak of the afternoon.

MSU took their first lead of the afternoon following an APSU punt, but as the trend continued, APSU cashed in on their next drive to bring the game to a stalemate for the sixth time.

An incomplete pass followed by a pair of inconsequential runs resulted in Mu**ay’s first three-and-out since early in the first quarter—but boy was it big.

The Govs received the ball at their own 4-yard line and proceeded to drive the ball 80 yards on 17 plays. Tanner accounted for 59 yards on eight rushes during the drive, while Ellis completed three passes for 27 yards.

From the Mu**ay State 23-yard line with just eight seconds remaining, Paulette trotted out to kick the go-ahead score.

Lucas Boren was the long snapper, Ellis the holder. Wind was blowing against the Govs, but light.

Fans of both teams held their breath as the ball rotated in the air.

With two ticks left on the clock, MSU mustered only five yards on lateral passes, resulting in the win for APSU. In their final home game of the season, the Governors upset their biggest rival and yet another top-15 team in the country.

“It was a big time feeling,” Walden said of his kicker’s game-winner. “Especially [for] Grant Paulette. We made a change at kicker and it is what it is. With Grant Paulette coming off the bench this week, what a fantastic show of mental toughness to be put in that scenario and come through in the clutch. What a great job protecting and getting that through the uprights. Great job by Grant Paulette and our Rakkasans team which is our field goal team.”

Prior to the three-and-out that gave the APSU offense the opportunity to seal the win, MSU had scored on three straight drives, including scores on five of their last seven.

“Our mindset really going into that [final drive], and I was communicating with our guys on the bench, actually was just play the next snap,” McDonald said “No matter what happens out there, we knew adversity was going to strike. We can’t come out there each day or each drive and it just go our way, that’s football for you. What I was telling the guys was just to play the next snap. Somebody’s going to make a big play and, when it comes your way, you have to step up and make it.

“That was really our mindset and we had guys on the D-line that got that got after them in that last drive and it was huge. I couldn’t be more proud of them.”

Despite an inspiring victory, APSU currently finds itself on the outside looking in in regard to the FCS playoffs that are set to begin on April 24.

The Governors needed Eastern Illinois to top Jacksonville State earlier in the afternoon to have a shot at the automatic qualifier and co-ownership of the OVC title, but the Panthers fell 44-23 to the Gamecocks.

APSU travels to Charleston, Ill. next Sunday, and hopes that a strong finish to the season will be enough for the selection committee to call its name as an at-large bid in the upcoming playoffs. 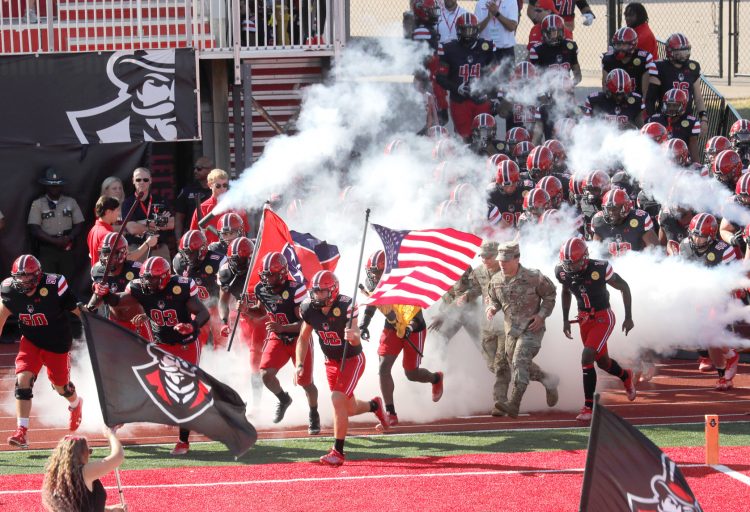