Walking into the Mabry Concert Hall, an unseen orchestra rumbling in the pit, the projector rolling a skull and crossbones across a shimmering, three-story velvet curtain, an audience of over 200 students, family, friends and opera fans moved toward their seats, murmuring rationals for taking either a pirate’s flag or a sheriff’s badge. Sides were drawn. Were you with the scurvy dogs or law and order? 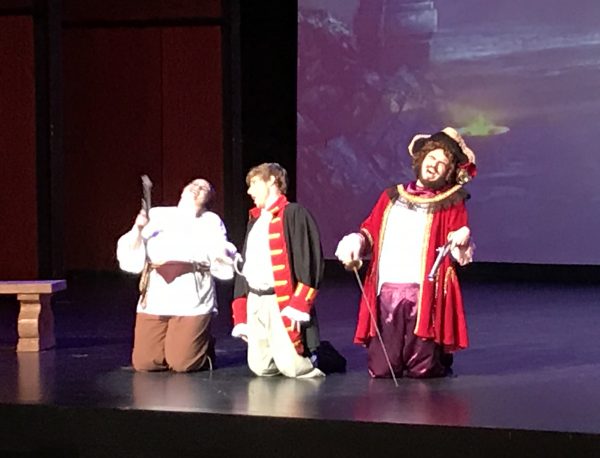 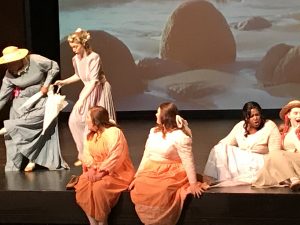 The Stanley Sisters take a moment to enjoy dipping their toes into the orchestra pit at Pirates of Penzance, A Gilbert and Sullivan Operetta Comique. SEAN SIPLE | THE ALL STATE

“It is, it is a glorious thing to be a pirate king!” Freshman vocal artistry major Jack Seague sang these lines as the Pirate King on the stage of the George and Sharon Mabry Hall. The atmosphere was nicely set, after nearly two and half months of rehearsal, design, blocking and musical practices. “Pirates of Penzance,” a comic operetta crafted in the late 19th century by W.S. Gilbert and Sir Arthur Sullivan, came out with all cannons blazing. This was the event of the season.

Austin Peay’s Center for Excellence for the Creative Arts (CECA) traditionally closes its academic year with a major production that tethers students from the college’s instrumental and vocal departments, theater production (lighting, sets, costumes and make-up), and performers from theater and dance to create a great big production.

This year nearly 100 students from a handful of departments played a variety of roles to bring this frolicking farce to life. The story started with a break-up and ended with a wedding, with all sorts of misunderstanding and deceit in the middle to make it absurd and amusing. This is opera lite after all.

“It is a farse. That is all you have to know,” Tyler Mckenzie, a graduate student studying vocal arts said. “It is full of hilarious, just different scenes.”

The show brimmed with humor and melody. The pirates each sported versions of proper mutton-chops, the damsels were dreamy and angelic in voice while the police were properly comedic (think Keystone Cops).

The vocal strength of the entire cast is remarkable, with stand-out performances by Kaylee Hughes as Ruth, Tyler McKenzie as the Major General, Jack Seague as the Pirate King, Megan Vaughn as Mabel and guest artist Benjamin Robinson singing tenor as Frederick, our story’s hero.

“I have a really sort of nice pre-baked in dramatic intensity, I guess. Both of my parents are theater teachers so I’ve been in plays since I was a wee bab,” Jack Seague said.

Those who attended Sunday’s (April 14) show heard four different vocalists singing the female leads. This deepening of the roster is reflected in the deepening talent pool of APSU’s musical departments. In the Master’s Study of Vocal performance alone, enrollment has tripled in just one academic year. 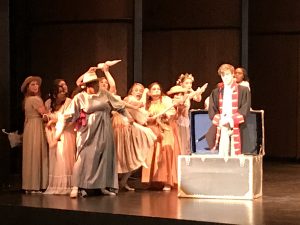 The daughters of the Major General discover their toe-dipping privacy is being spied upon by the young newly-freed Frederick. SEAN SIPLE | THE ALL STATE

Dr. Virginia Lile Boaz, APSU’s Director of Opera Theater since 2018, cast, directed and staged the 28 musical numbers that are Pirates of Penzance. The score was conducted by Dr. Gregory Wolynec.

There were two performances of this grand comedy. Students were given a chance to work with a visiting Tenor, Benjamin Robinson, who has performed Frederick in over forty venues and gave the final professional flourishes to this 2018-19 capstone to remember. Along with CECA, the event was co-sponsored by the Austin Peay Opera and Orchestra. 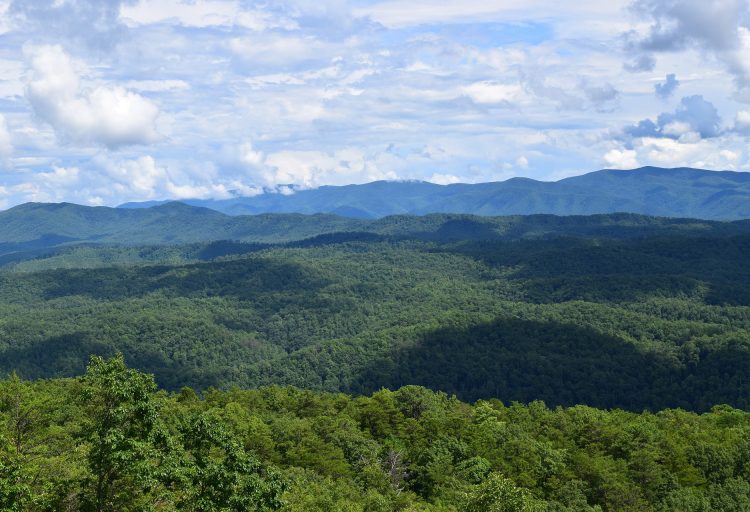 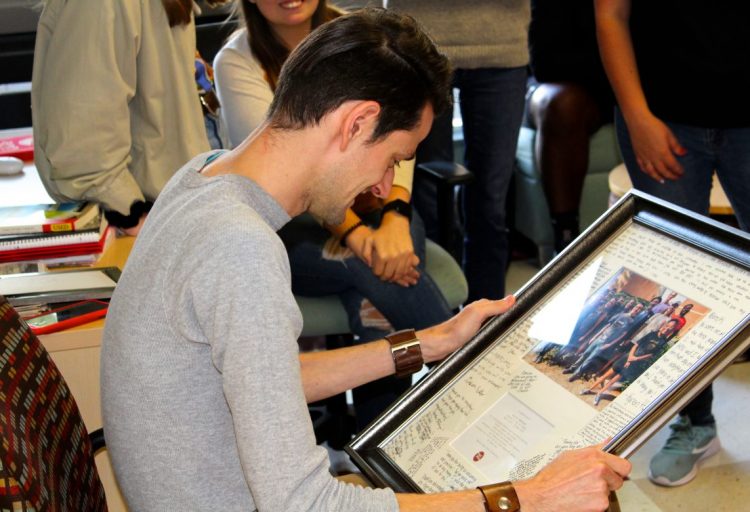