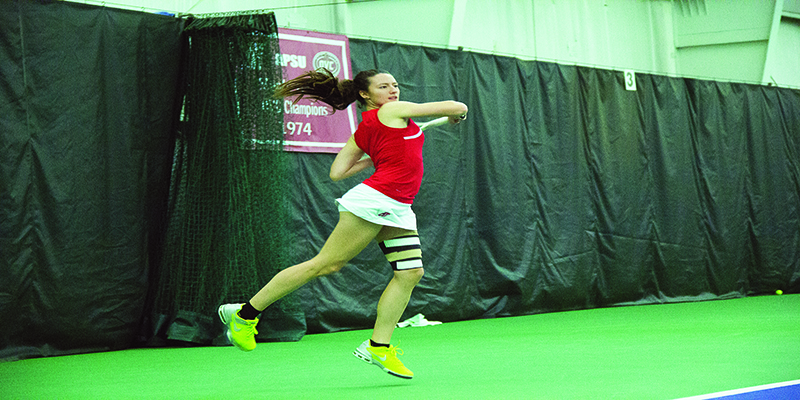 After that match, APSU cruised to victory, winning the next two matches in two sets.

The second game was similar against Eastern Kentucky. The score was 5-2, and APSU showed more domination on the court.

The first three matches were all won by APSU in two sets each.

Eastern Kentucky won two of the next three close matches.

This was only a consolation in the end, as APSU won on the day.

This team is looking to earn an OVC title, and if they continue to win games as they have been, that goal could be obtainable.

That being said, there is still plenty of season left for APSU.

The APSU women’s tennis team also had two games against the same two teams. The first was against Morehead State, which APSU lost with a score of 1-4.

APSU dropped the opening two matches in two sets each. They then rebounded when APSU’s Vanessa Tavares won her match in three sets.

After that, APSU dropped the last two matches to lose overall.

The second game was against Eastern Kentucky, which APSU lost 0-5. Only one match went to three sets.

This season has been a struggle for Lady Govs tennis, who are 2-15.