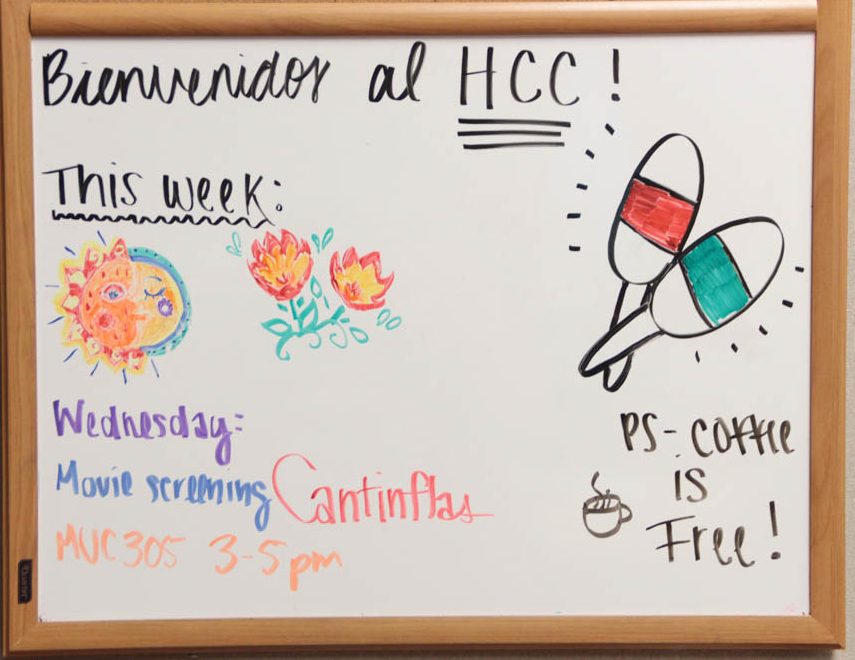 In 1954, the Brown v. Board of Education decision desegregated schools across the United States. Sixty-four years later, the U.S. is facing another cultural revolution and the diversity in schools is leading it there.

Diversity in schools has grown increasingly important in the last decade. According to the New York Times, the number of Asians and Hispanics in schools have increased by five million students since the 1990s.

Now more than ever, diversity is needed in the classroom.  Often, diversity is seen through religion, sex, gender, race and economic status. Each of those factors makes each student unique but also poses how little some students know of other cultures. To solve this, many if not most college campuses have adopted cultural centers to help inform and teach students about the world they live in.

Austin Peay State University has a number of cultural centers on campus advocating for expanded cultural knowledge and student involvement.

One such center is the Hispanic Cultural Center, or HCC. Established in April 2005, the HCC sponsors and hosts a number of events every year and provides a place for students to learn more about the Spanish language and Hispanic history and culture.

HCC coordinator Louise Mitchell stresses the importance of cultural centers on campus, “Hispanics and Latinos tend to be treated as a homogeneous group due to lack of knowledge of the differences in nationality, immigration status, level of ethnic identity and other factors, Mitchell said.

“Hispanics and Latinos although do share some similarities their cultural upbringing shape their attitudes and expectations towards education and ultimately graduating. It is important for Hispanics and Latinos to have a dedicated space where they do not have to explain these differences and are supported to achieve academic success,” Mitchell said.

Mitchell’s words spoke true, as the same study conducted by the New York Times found that students and their education are directly impacted by the inclusion of diversity.

While working with a diverse class, students were shown to be more creative and attentive. Students with differing viewpoints and upbringings were able to collaborate to form better solutions to problems. With the help of cultural understanding, students communicated easier, sought solutions quicker and generally performed better academically.

The study showed that diversity among staff is just as important as diversity among students as such inclusion made students feel safer at school. This is because diversity leads to the exposure of different cultures and students no longer feared foreign cultures.

Here at APSU, HCC has seen this change in action.

“When comparing Fall 2016 to Fall 2017 and Spring 2016 to Spring 2016 semesters, we had an average increase of 67.2 percent in unique visitors in the HCC. When using the same semesters and comparing attendance to HCC sponsored programs and collaborations we have seen an 84.5 percent increase.”

“Based on these numbers, you can definitely see the increased interest in the programming that we provide to all students.  Our ultimate goal is for all students to fall in love with Hispanic culture as they engage in our programming and develop enough interest that they continue learning and exploring on their own about the Hispanic and Latino culture.”

Mitchell mentioned how it was a shame of how few Tennessee campuses hosted cultural centers for Hispanics and Latinos.  She said that such places are important to give students greater understanding of culture and that they can even inspire students to learn more about language and become passionate about the world.

The HCC hosts numerous programs throughout the year meant to promote the celebrations of Hispanic and Latino culture. It also provides Spanish tutoring and practice to help prospective speakers to better learn the language. On top of that, the center also has its own extensive library of Spanish documentaries, magazines and videos.

When asked about the most exciting part of HCC, Mitchell said, “For me, the most exciting thing about being a part of the HCC is experiencing the different cultural programs. Students do not always have the opportunity to study abroad.”

“Many of the HCC programs provides them with the opportunity to learn about a different country, taste the food and enjoy their music and dance.” Mitchell said.  “There is always an opportunity to meet new people and make lifelong connections.”

Whether a student wants to study abroad, learn Spanish or make new friends, the HCC is the outlet that is always open and welcoming. So much can be learned from differing and far off cultures and the HCC is here to offer a taste of the wider world.

Watch out for the “Cantinflas” movie screening Sep. 26 at 3pm in MUC 305. Students can also be excited for the traveling exhibit featuring Pablo Picasso on Oct. 1-12 on the MUC’s third floor.