On Wednesday, Oct. 5, Eric Branscome, assistant professor of music and music education coordinator, gave his lecture “From Seuss to Strauss: Music and Reading in the Elementary Classroom” as part of the Library Athenaeum series.

Branscome stressed “cross-curricular connections” early on, saying the basic skills involved in learning music were the same ones children use when they begin reading or writing.

Addressing the audience as a preschool class, he used pictures to represent beats and asked the class to sing along.

Even though many children of that age wouldn’t be able to read, Branscome explained following the pictures in order from left to right is actually a precursor to literacy.

The audience — largely made up of music faculty and students — then moved on to playing the nursery rhyme “Hickory Dickory Dock” with various rhythmic instruments.

Throughout the presentation, Branscome not only talked about how children would enjoy the class, but how the books help advance other areas, using popular children’s books such as “Chicka Chicka Boom Boom.” The book is often read with a certain beat and rhythm but also helps children learn the letters of the alphabet.

In the same way, Branscome once had his class listen to the song “Down by the Bay,” then imitate and draw similar nonsensical rhymes such as a “flower taking a shower” or a “goat wearing a coat.” Through music, the children used language skills in devising their own rhymes, as well as art skills in drawing them.

In an economy where budget cuts are the norm, public schools’ music and art programs are often the first to be removed. According to Branscome, getting rid of music programs isn’t the way to go. “Administrators are afraid of [music programs] … but our bodies just become the instruments.”

Branscome explained the majority of the activities in his presentation involved simple clapping or stomping; the only real drum was an empty Folger’s can. “You don’t need instruments … all you need is a coffee can and pencils that become the drum.” TAS 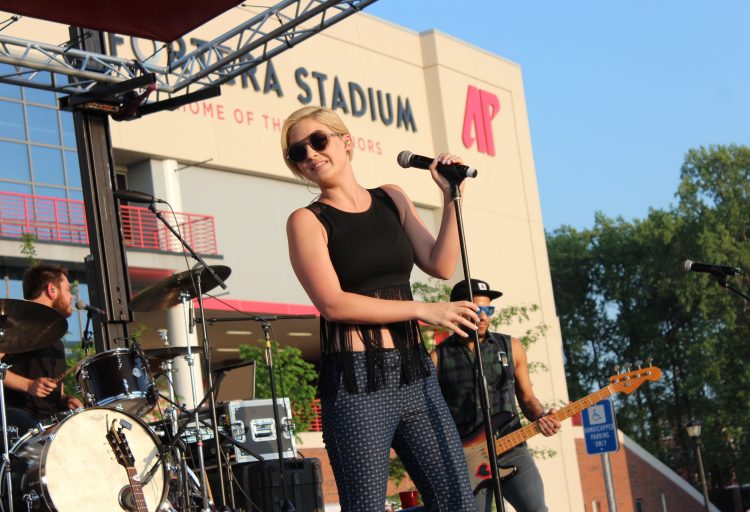