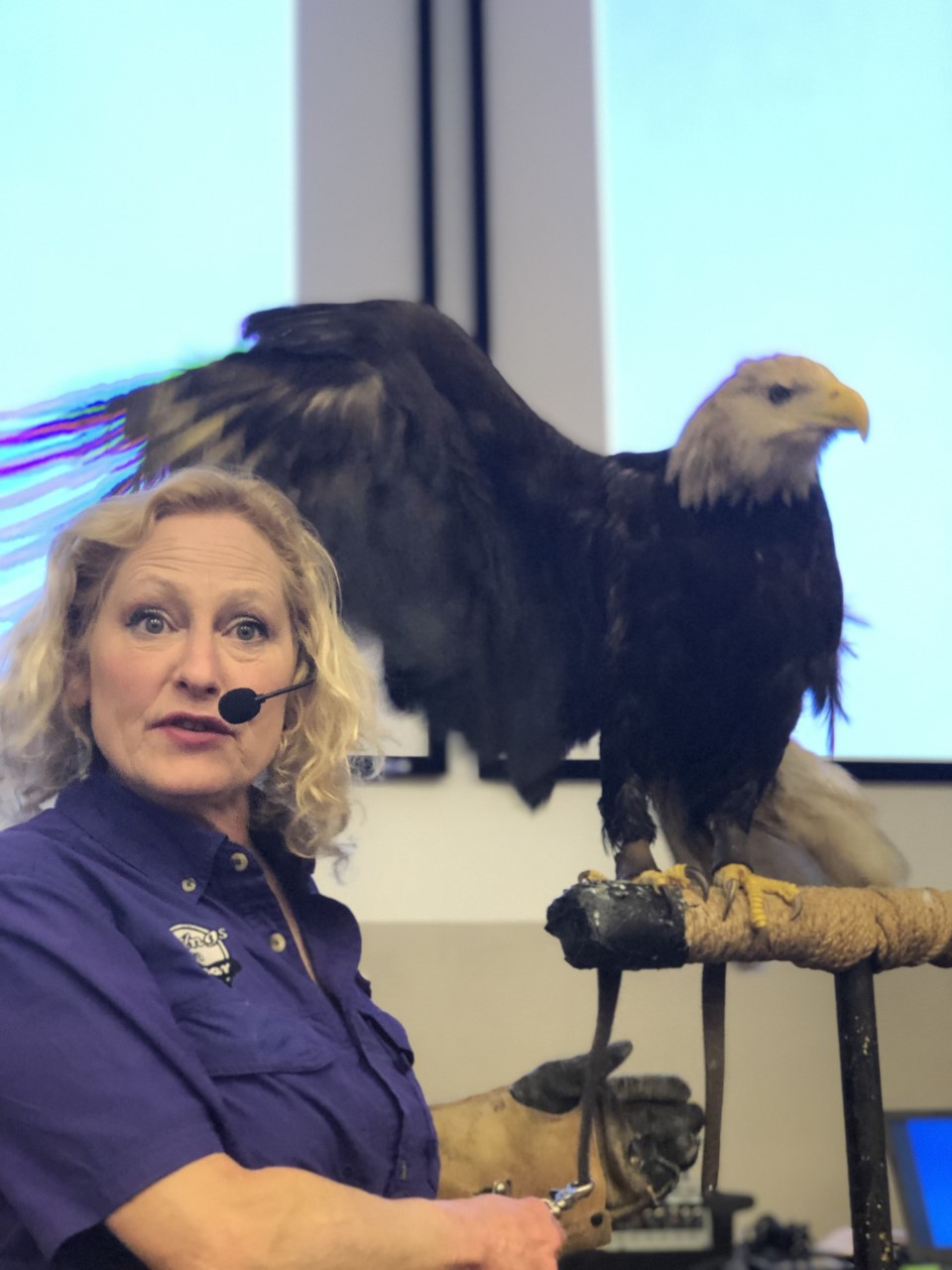 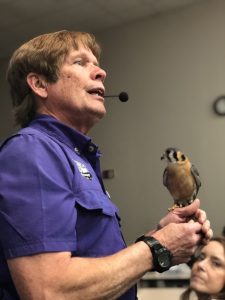 Co-Director John Stokes handles one of the birds of prey as part of a wildlife demonstration. DOMINIC GONZALEZ | THE ALL STATE

The “Birds of Prey” event hosted by Wings to Soar was yet another home run for the two-week Wildlife on Campus experience. Students filled the Sundquist lecture hall, E106A, on Tuesday, March 19 to get up close and personal with seven winged predators; some of which flew right above their heads.

“These students are the ones that are going to be stuck with a lot of the issues that our planet is now facing so the more we can have them interact with their planet directly, including the species in it, then the more they will appreciate it and hopefully pass that on and spread the word,” Biology Professor Colleen White said. “The students are our best advocates for a better environment.”

The birds that were featured included barn, screech and barred owls, an American Kestrel and a vulture along with a golden and bald eagle. Following a PowerPoint presentation of each bird, students learned fun facts and sad details about them.

“This is meant to be a very close encounter of the bird kind,” Co-Director of Wings to Soar Dale Kernahan said. “We want students to be familiar with these beautiful creatures that they would otherwise never be able to get close to.”

Wings to Soar is a non-profit environmental organization who cares for non-releasable birds of prey. Their mission is to create awareness about the pivotal role birds of prey play in the natural world, so they have workshops, fairs, meetings and visit schools to do so. The birds brought to campus were either wounded or human imprinted.

“I came here today because I love these birds. I want to be able to fly them around and hunt with them,” Freshman psychology major Cassady Blankenship said. “Getting to see other people be interested in this makes me happy.”

When it was time for the birds to take flight, the room was in awe. Skimming right over the heads of most, the birds even changed a few of the students’ hairstyles that evening. The birds were expertly trained and well mannered. 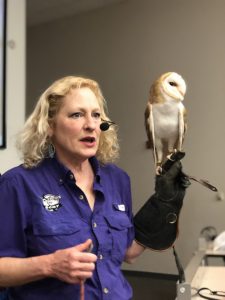 Co-Director Dale Kernahan handles an owl as part of the wildlife demonstration. DOMINIC GONZALEZ | THE ALL STATE

Since Wings to Soar offers the highest quality of care for the birds who reside in their facilities, they were more curious instead of dangerous as they were comfortable being around humans and had grown to trust their caretakers. Most of the birds grew up in the protection of the Wings to Soar Co-Directors so they share an unbreakable bond.

“They like to be real divas sometimes,” Co-Director of Wings to Soar, John Stokes said. “The mutual trust we share is so rare.”

While the odds of seeing a bald eagle and a vulture outside your front door are very high, Kernahan and Stokes urge students to keep an eye out for these birds of prey, giving out hints as to where they would most likely find them in the wild.

“They are out there,” Kernaham said. “Admire them from afar. Be respectful of their boundaries and help keep them safe. Conservation is key.”

The hour-long presentation ended with a quick Q&A for faculty and students in attendance. For more information on how you can help aid in the conservation of the birds of prey and what Wings to Soar can offer you, visit their website. 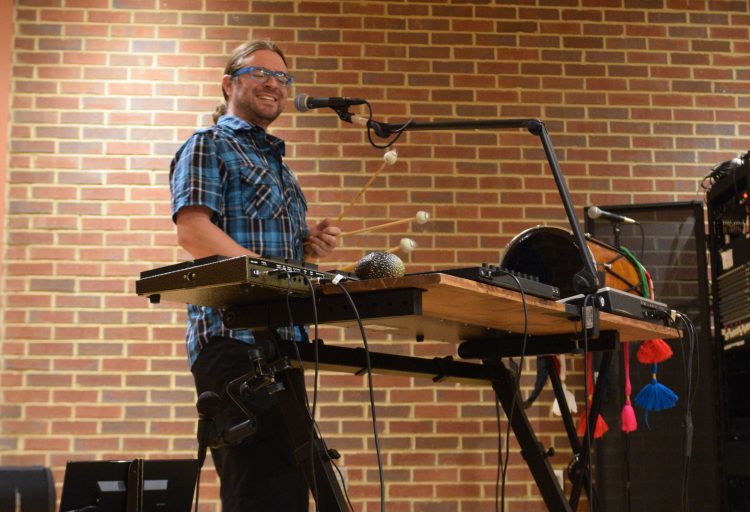