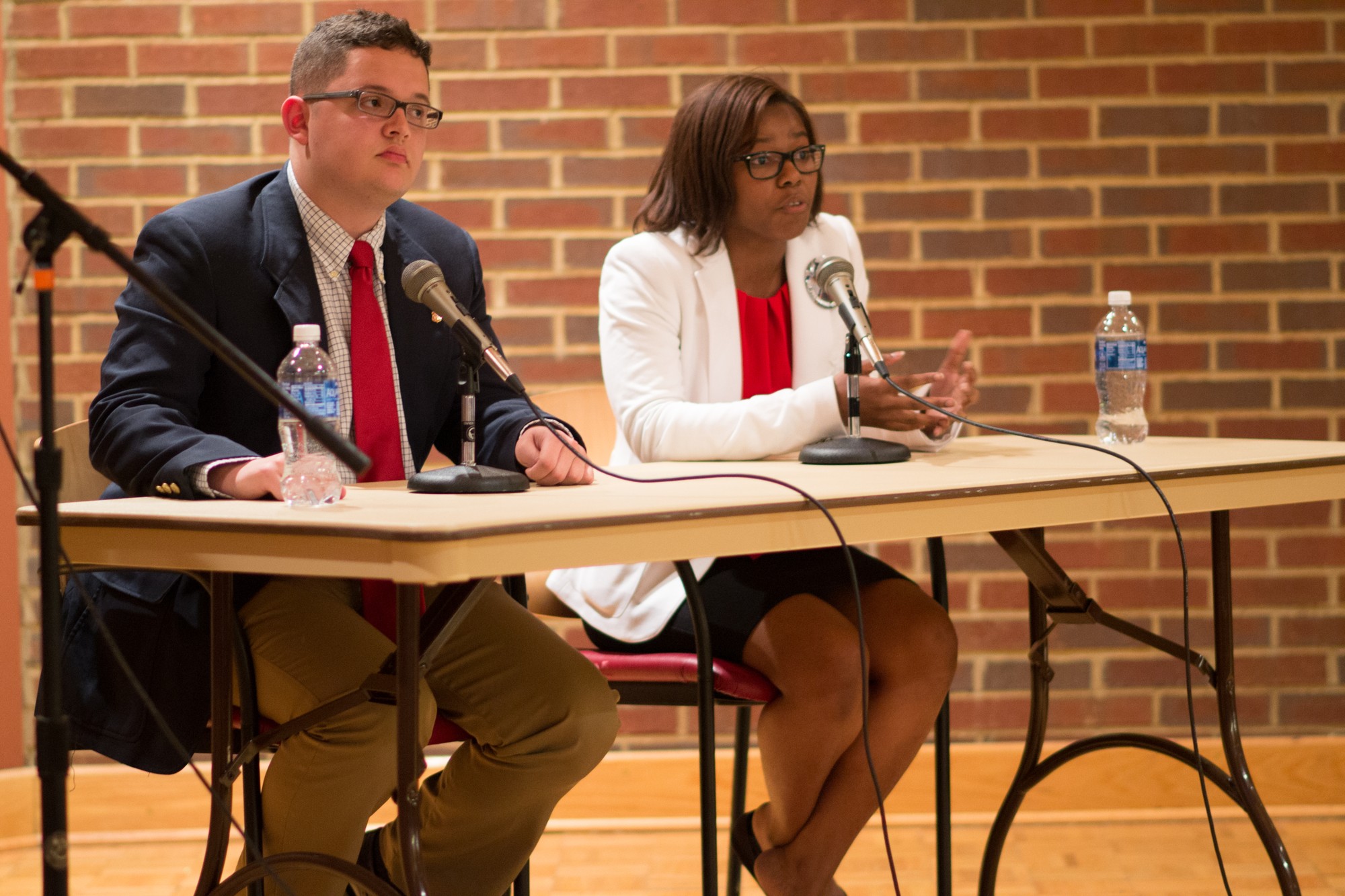 Sixteen minutes is not enough time to find a parking space on campus, let alone enough time for students to form an opinion on their next student government leader.

The four question debate, which clocked in at approximately 16 minutes and 14 seconds, from the time Kaitlin Roe introduced the candidates to the time Roe thanked the candidates, gave junior political science major Faith Merriweather and junior mathematics major Ryan Honea enough time to lightly scratch the surface of their potential agendas and did not offer a student Q & A session as advertised on The Gov Says.

A quarter of the questions asked had nothing to do with policy or legislation, in fact, and were more akin to questions a grade school teacher might ask each student on the first day back to classes.

This is an unacceptable way to conduct a debate for our next SGA president.

While the candidates both provided thoughtful answers given the lack of time allotted and this is in no way their fault, it would have been a much more memorable and meaningful evening had the candidates been able to ease into the debate and provide more personal and developed answers.

If their answers lacked substance, it’s because they had to for time’s sake, which is again, not a strike against them, but rather the Student Organization Council and its lack of serious preparation for this debate.

There weren’t follow-up questions, questions from students or even a real way to differentiate the candidates by the evening’s end, as Honea himself pointed out towards the end of the debate during his closing statement.

All the candidates were given time to say was they want to provide students with a voice in a general, fairly unspecified way and talk about what they like to do when they are not working on school work before time was up, which again, has little to no bearing on how they will function as a student leader.

This debate had potential to be a game-changer for students who either thought they already knew the candidate they were going to vote for or for students who had no interest in voting, but instead the debate was short-lived and left much to be desired.

There was nothing to be learned from this debate. It helped students put a face to a name they may have read in chalk on the sidewalks around campus.

However, if any student went in hoping to hear any specific platforms for the candidates’ election, they were surely left full of disappointment.

SOC or any other organization left in charge of hosting a debate for SGA would do well to prepare more in the future, both so the candidates are made to flesh out their ideas and to ensure students can form a more informed opinion on their presidential options than a chalk sign.