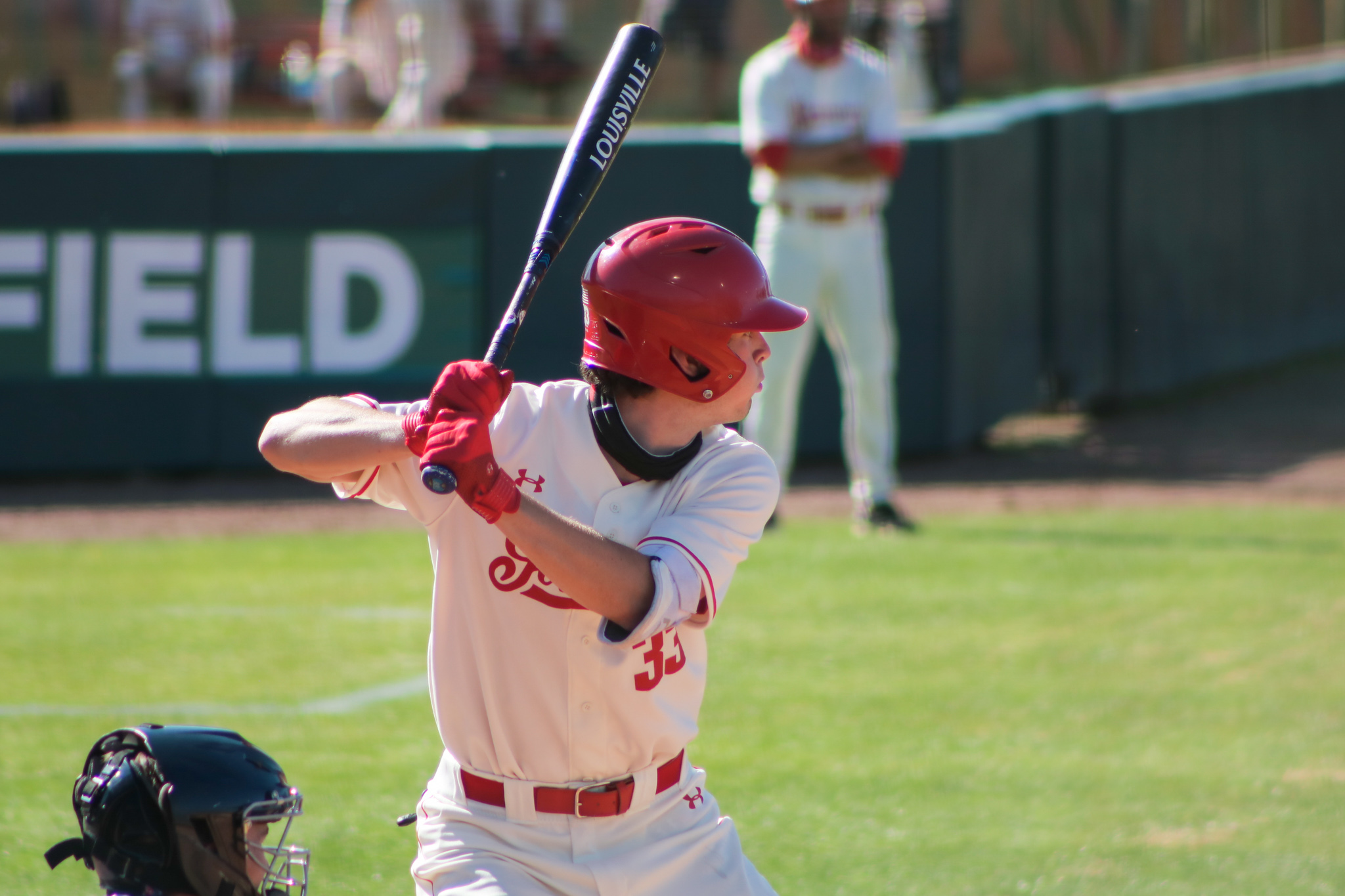 Jeremy Wagner prepares for a pitch against Belmont. BLAINE KELLAR | THE ALL STATE

Jeremy Wagner’s family held a more competitive game of catch than most during his upbringing.

The Governors outfielder caught pitches from his father, a 16-year MLB veteran in Billy “The Kid” Wagner, and a future Liberty baseball signee for an older brother.

Billy Wagner pitched in Houston, Philadelphia, New York, Boston and Atlanta throughout his illustrious career. His high strikeout numbers (1,196) and pure heat on the mound leave him in the conversation for a spot in the Baseball Hall of Fame.

Being mentored alongside two well-experienced family members certainly helps with Jeremy’s career in Clarksville and beyond, but the freshman is more concerned with leaving his own legacy at APSU.

“Growing up for me might be a little different than some other kids,” he said. “I mean, I pretty much grew up at a ballpark my whole life. Me and my brother, Will, we did everything together. We’d go to the field with my dad and we’d be throwing, hitting [and] do whatever on our own.

“It’s very hard to do what my dad did and for anybody to go to the MLB. I’m just trying to do my work, get as good as I can get and, like I said, it’s super hard to make it there, and I’m lucky enough to be playing Division I baseball. I’m hoping to just keep working hard and things will fall into place for me. Hopefully, one day, I can see myself back on a major league field.”

Wagner pitched a 2.31 career ERA in the big leagues across 903 innings. Following his retirement from the MLB, the seven-time all-star took his talents to the coaching side of the game at The Miller School of Albemarle in Crozet, Va. — where Jeremy and Will were both coached by their father all four years.

Jeremy had spent time as an infielder and a pitcher before entering high school. Upon his arrival to the Mavericks program, Billy gave him a bigger glove and moved him to the outfield, a position he’s stuck with for good.

The move paid off for Wagner — who was named the Virginia Independent Schools Athletic Association Division II Player of the Year in 2019 — and MSA, who are winners of three straight state titles.

Govs head coach Travis Janssen’s gritty style mimicked that of Billy Wagner at The Miller School, something that initially attracted Jeremy to come to Clarksville.

“I’ve never seen Billy coach, but I have seen him compete on the mound and I definitely take that as a compliment for sure,” Janssen said. “Jeremy’s never told me that, so I think that’s a neat thing.

The Governors’ season is off to an unexpected 7-14 start, something that Billy was unfamiliar with in his playing career: The Kid only experienced two losing seasons throughout his MLB tenure.

Regardless of record, the Wagner family continues to produce success at all three levels in the game of baseball. For Jeremy, Will and Billy, that achievement was always expected from the start.

“I don’t think he pushed us super hard to succeed,” Wagner said. “I think he knew we would succeed on our own and that what he’s taught us over time would sink in and that we would be able to take care of ourselves. It’s gotten us a long ways.”