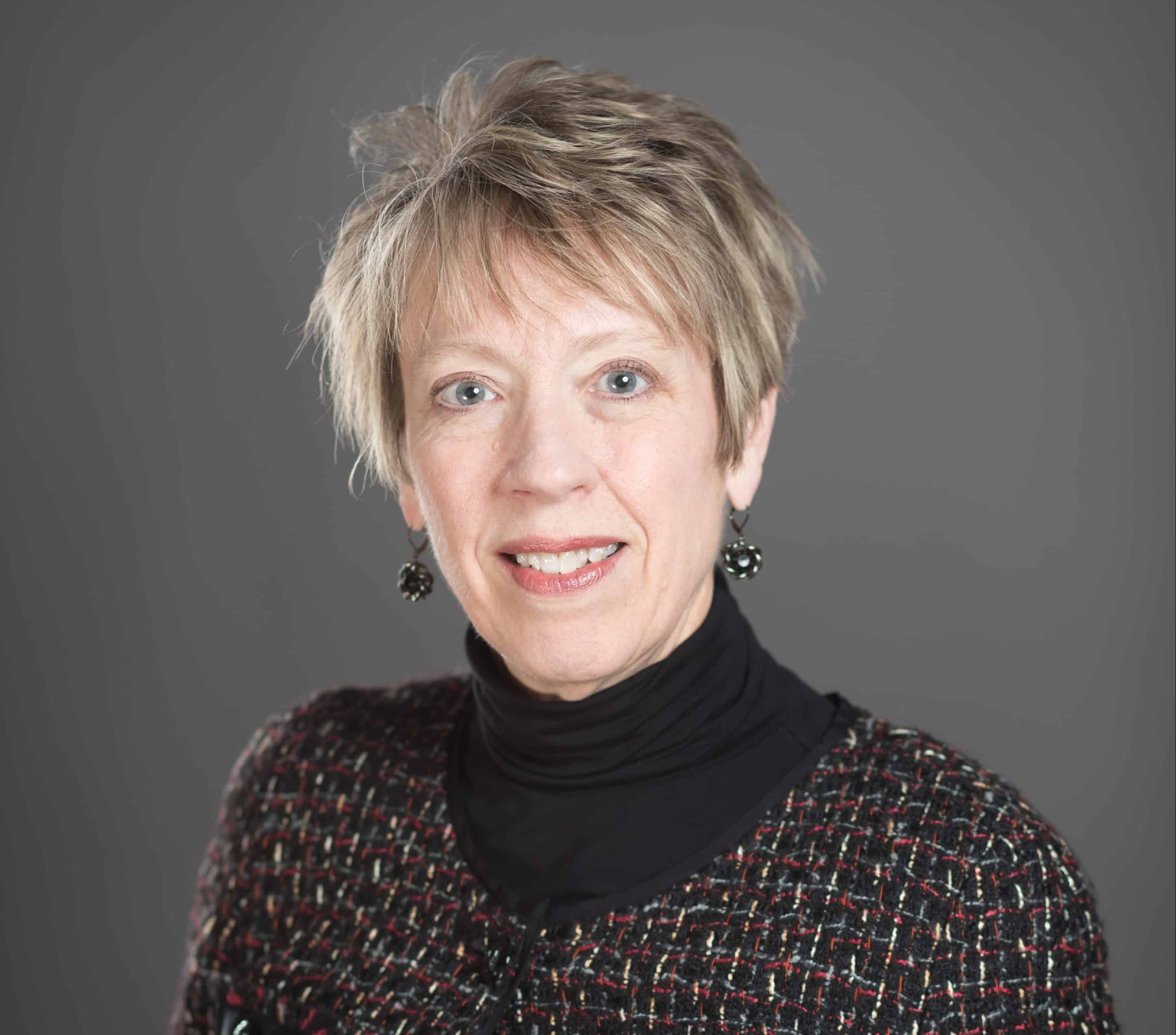 Dr. Sherryl Byrd, Vice President of Student affairs, is retiring this semester after 12 years at APSU.

Byrd was born in Nashville, Tennessee, grew up in the Donelson area, and graduated from Mt. Juliet High School. She went to Tennessee Tech for undergraduate school and was inspired by the Dean of Women to continue her education. She worked as a graduate assistant at Tech and earned her master’s degree in educational psychology and counsellor education.

“I didn’t consciously choose student affairs but somewhat found it by accident,” Byrd said. “I didn’t realize it was a professional that people prepared and trained for.”

Byrd’s assistantship for working with sororities and the Panhellenic Council began her career in student affairs.

Byrd said the “positive things” she heard about APSU encouraged her to apply.

“I was very impressed with the campus and the people when I interviewed.  When I got the offer I didn’t hesitate to accept.  It was also a chance to come back to middle Tennessee after living in Alabama for almost 25 years,” Byrd said.

The position also allowed her to stay closer to family.

“My parents still live in Mt. Juliet as do other extended family members.  My grandmother passed away at age 96 in 2015 and I treasure the years that I was able to spend more time with her,” Byrd said.

In the 12 years she has been here, Byrd has seen APSU reach several milestones.

“In 2009 I was a part of the celebration for reaching the 10,000 student enrollment mark,” Byrd said. “I also saw scholarship football make a return to campus.”

Student Affairs has completed a long list of work under Byrd’s guidance.

“I think we’ve really been able to expand the opportunities to get involved and support for students by either establishing or enhancing facilities that we have for students to engage with,” Byrd said. “The Hispanic Cultural Center was moved to its new location, we were able to redo the inside of the African American Cultural Center.”

The Military Student Center and the Adult and Nontraditional Student Center were established, as well as the Center for Service Learning and Community Engagement. Byrd also saw the construction of Castle Heights and Gov’s Terrace, and APSU’s acquiring of the town homes of Greek Village.

“I think things like that, students now don’t realize that they weren’t always here,” Byrd said.

Byrd also had a hand in protecting and controlling APSU’s feral cat colony.

“The cats were here long before me. Unfortunately, there are feral cats colonies everywhere. College campuses seem to be a particular magnet,” Byrd said.

When she came to the university, one faculty member was singlehandedly caring for the cats. Byrd was able to gather a team of people to set up feeding stations to care for the population. Over the years, many kittens have been adopted from the campus colony.

Byrd said “it was nothing magical that I did” to create the group. She helped with the cat colony at her previous institution at Auburn University, and applied here experiences here.

“If that’s the way I’m remembered, that will be fine with me, as the cat lady. There are a lot worse things to be remembered for,” Byrd said.

The people of APSU are what Byrd will miss the most.

“Absolutely the people, I mean, the students move in an out all the time, that’s part of the job. And it’s good and bad because you miss the ones that leave but then new ones come in and you get involved with them, so you get the privilege of being involved in their life and their journey,” Byrd said.

Besides the students, Byrd will miss her colleagues as well.

“It’s the people that I’ve worked with day in and day out that I’m really going to miss. I’ve been with Lynne Yarbrough and Vannesya Fountain for the whole ten years, and you know, we’re work family definitely and I can’t imagine not coming in and talking to them every day. That’s going to be the hardest part, I think,” Byrd said. “I hope to maintain some of those friendships and I think I will. This has been a wonderful, wonderful place to work because of the people.”

Byrd’s plans for the future do not include higher education.

“I don’t plan to continue working in higher education. I feel like this is where I feel my career has ended, and its been great, but I want to I guess see what other opportunities are there. I don’t know that I’ll work for pay again,” Byrd said. “I’ve told some people that I think I’d be a terrible employee because I’ve been in charge too long.”

She will also miss the school cheer.

“I’ll really miss yelling “Let’s Go Peay” with my APSU family! There is so much that I’m grateful and thankful for,” Byrd said.

She looks forward to traveling, volunteering and political activism.

“I’ll do more traveling, which I really enjoy. I think I’ll be able to volunteer,” Byrd said. “I hope to get more politically involved, involved in more social justice issue that cross over, like immigration and homelessness.”

She has been to many countries already.

“So far I’ve been to 50 countries with three new ones planned for later this year,” Byrd said. “As a part of my travels I enjoy taking photos, especially of scenery and architecture, as well as collecting foreign coins and currency.

Because of her position at a public university, Byrd has not been able to participate openly in political activity.

“I can actually protest if I want to,” Byrd said.

Byrd’s plans also include her love of Bon Jovi. She has seen him perform numerous times across the country.

“I just got back from a weekend at the Rock and Roll Hall of fame inductions, and that was fabulous. I’m going to a concert this weekend in Charlotte, North Carolina,” Byrd said. “It’s been fun. I’ve traveled lots of places and met lots of neat people, enjoyed the music and enjoyed the whole experience. it’s been a really fun enjoyable hobby.”

Byrd still plans to be involved in APSU.

“I do plan to join the APSU Retiree Association and be back from time to time to visit,” Byrd said.

Byrd said the positive environment at APSU made her job easier.

“APSU has been such a positive place to work. The students are great the faculty and staff are great. It just hasn’t lent itself to a lot of controversy or a lot of challenges in the way you would think,” Byrd said. “I’ve been incredibly lucky and incredibly blessed, because I certainly know colleagues at other places where incidents or issues the way they responded or didn’t respond impacted their career. Some had to move on. I’ve never had to experience that.”

Byrd has high hopes for APSU’s future, but hopes that the university will not lose its personality.

“That it will continue to grow and prosper, but that it would always maintain that very special personal culture that we have of caring and supporting and that we never get too big or too self-important so to speak that we lose that, because I think that is what makes us unique and different,” Byrd said. “A lot of institutions no matter how good they are or how good they do things that may be the one piece that’s missing, that real high touch, high involvement, high concern about students.”

Byrd hopes the next vice president will care for the job as much as she has.

“It has been the highlight of my career and such a privilege to serve in this position. I hope the next person will feel the same way and take very seriously their role to be an advocate and voice for students,” Byrd said.”Students are why we’re here. Sometimes we get involved in the processes and the policies and the issues. [We] have to stop and think how it impacts students. Sometimes what works best for us is not necessarily best for the student.”

Student Affairs makes decisions that will impact a lot of students and faculty members.

“With this job comes responsibility of directly impacting so many people,” Byrd said. “You can do things that make life much worse and life much better”

Byrd said the job is special.

“Working at Austin Peay is much more than just a job,” Byrd said. “The faculty and staff are some of the best you will find anywhere.”

Byrd hopes that APSU will remember her well.

“I hope the people that I’ve worked with […] know that I was I think in it for the right reason, and that’s to make an impact on students as well as the people I work with in a positive way,” Byrd said. 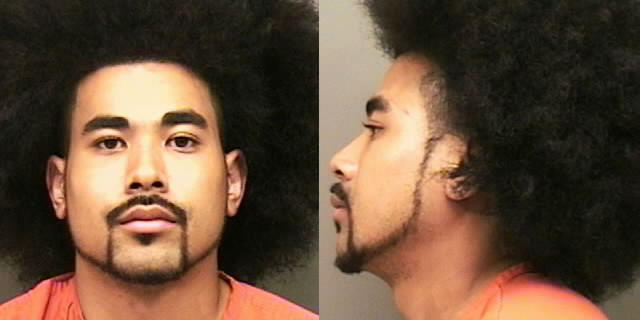