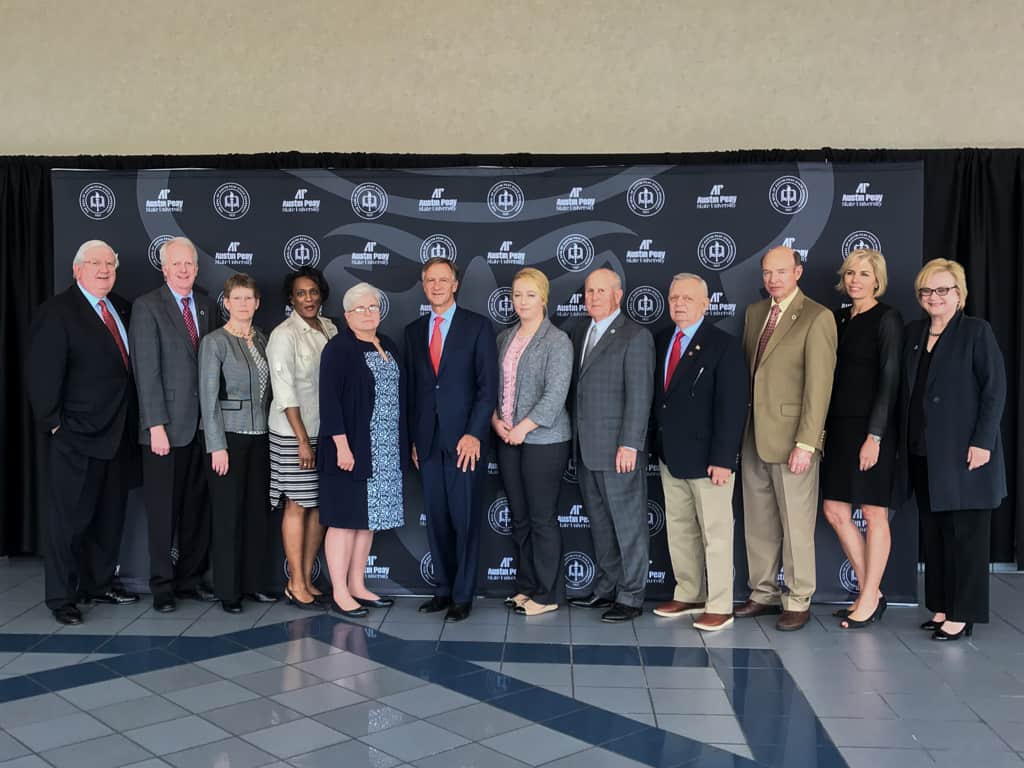 On Sept. 14 and 15, the APSU Board of Trustees met to discuss important issues and

One of the topics discussed was the potential for a Bachelor’s of Science in Aviation Science with a concentration in Rotor Wing program that was proposed by Dr. Rex Gandy.

The new program’s implementation date would be tentatively set for Fall 2018. The degree would be housed in the College of Science, Technology, Engineering, and Mathematics (STEM) and the Department of Engineering Technology.

Gandy said, “The purpose of this program is to prepare students to enter the workforce as helicopter pilots with the additional benefit of earning a college degree in aviation science.”

Currently, there are no other public institutions in the state of Tennessee that offer a degree that leads to a helicopter pilot license.

Another topic covered during the meeting was a potential new building and updates to already existing buildings.

information on potential locations for new housing and dorm buildings and recommended upgrades to the heating, ventilation and air conditioning systems and fire alarms in several buildings. Robinson said that the capital budget requests have been reviewed and supported by the University administration.

A presidential evaluation and compensation plan for President White was discussed during the meeting.

This plan would allow for a 10 percent increase in President White’s salary, which is low compared to other University presidents in Tennessee, and a 2 percent salary increase for all other APSU faculty members.

Even with the additional 10 percent increase, the president’s salary still would not meet the median range for university president salaries across Tennessee.

Trustee Cannata suggested that more than a 10 percent pay increase should be recommended this year along with another 10 percent next year.

After discussion, the board members agreed that President White’s total salary increase should be 12 percent, giving her the additional 2 percent raise all faculty members will receive. This increase amounts to a total salary of $293,200.

The dates for next year’s Board of Trustees meeting are to be announced.

APSU Board of Trustees holds inaugural meeting
board of trustees
Share: