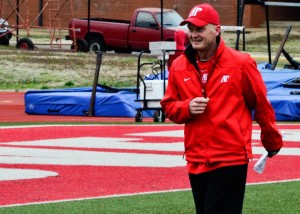 Change is often tough to accept, but sometimes it is a good thing. Sometimes change is necessary to show where you stand. In sports, change comes and goes as quickly as day changes to night and fans don’t even bat an eyelash.

This offseason change has come to the APSU football program.

After a 2-9 season and a surprising move by head coach Rick Christophel, who went to the Arizona Cardinals to coach tight ends, the Govs were left without a coach during a transition period.

APSU seems to have found their man in new head coach Kirby Cannon, who grew up taking an interest in football above all other sports.

“Growing up, football was the sport that really intrigued me the most,” Cannon said when asked about his roots in the game.

“If you were playing and successful, you were a tough kid and that’s what I wanted, but it also opened a lot of doors.”

Cannon’s love for football also drove him to bigger and better things in his life.

“I was coming from a family that never had a college graduate, so when I was offered a scholarship to play at Missouri State University I took it,” said Cannon, who was hired in mid-March. “Through football I was able to get my degree.”

Like any other kid going into college, Cannon was not sure what he wanted to do with his life, but it became more clear as his collegiate career progressed.

“I didn’t want to get too far from athletics because that’s what I knew best,” Cannon chuckled, “So, I decided that one day I would be a coach.”

The dream and drive to be a coach has taken Cannon across the landscape of coaching football. He started coaching high school and then moved up through Division III, Division II and, then, Division I football.

“I have coached against APSU twice,” Cannon said, who left Central Michigan to take the helm at APSU. “I felt like it was an untapped place that has so much of what you look for in coaching.”

The move from Michigan to Tennessee is a huge leap of faith, but APSU is showing its own vote of confidence with his contract.

“It’s public knowledge that it’s a five-year contract,” Cannon said, who was former athletic director Dave Loos’s last hire before stepping down from that position. “I’m comfortable with that and by the time that contract runs out APSU will know if they want to renew it.”

The 2013 recruiting class was not recruited by Cannon, but the length of his contract will give him enough time to show what kind of coach he is.

“The 2014 group will be my first class. You win with seniors and juniors that have played and that’s going to give me the opportunity to do a full cycle.”

Cannon knows the expectations of the program at APSU. The new stadium and facilities are the university’s attempt to bring APSU to the forefront of the OVC football conference.

“I knew about the school and the location, but I didn’t know a new stadium was in the works,” laughed Cannon. “But I believe APSU was looking for someone they thought could be happy and successful here and I feel like I can.”

What really determines how effective a coach is at a school is their drive and their desire to be there.

Coach Cannon has both the drive and the desire to be a Gov at APSU and thinks that it can be a great football school. His motto as Head Coach at APSU is very simple.

“More than anything else I can promise we will be well prepared; our kids are going to play with great enthusiasm and energy in the game, and if you do that you’ll win games.” 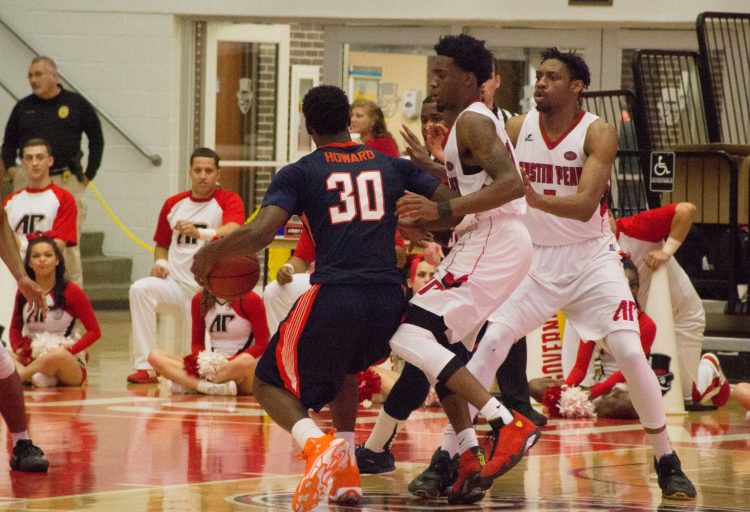