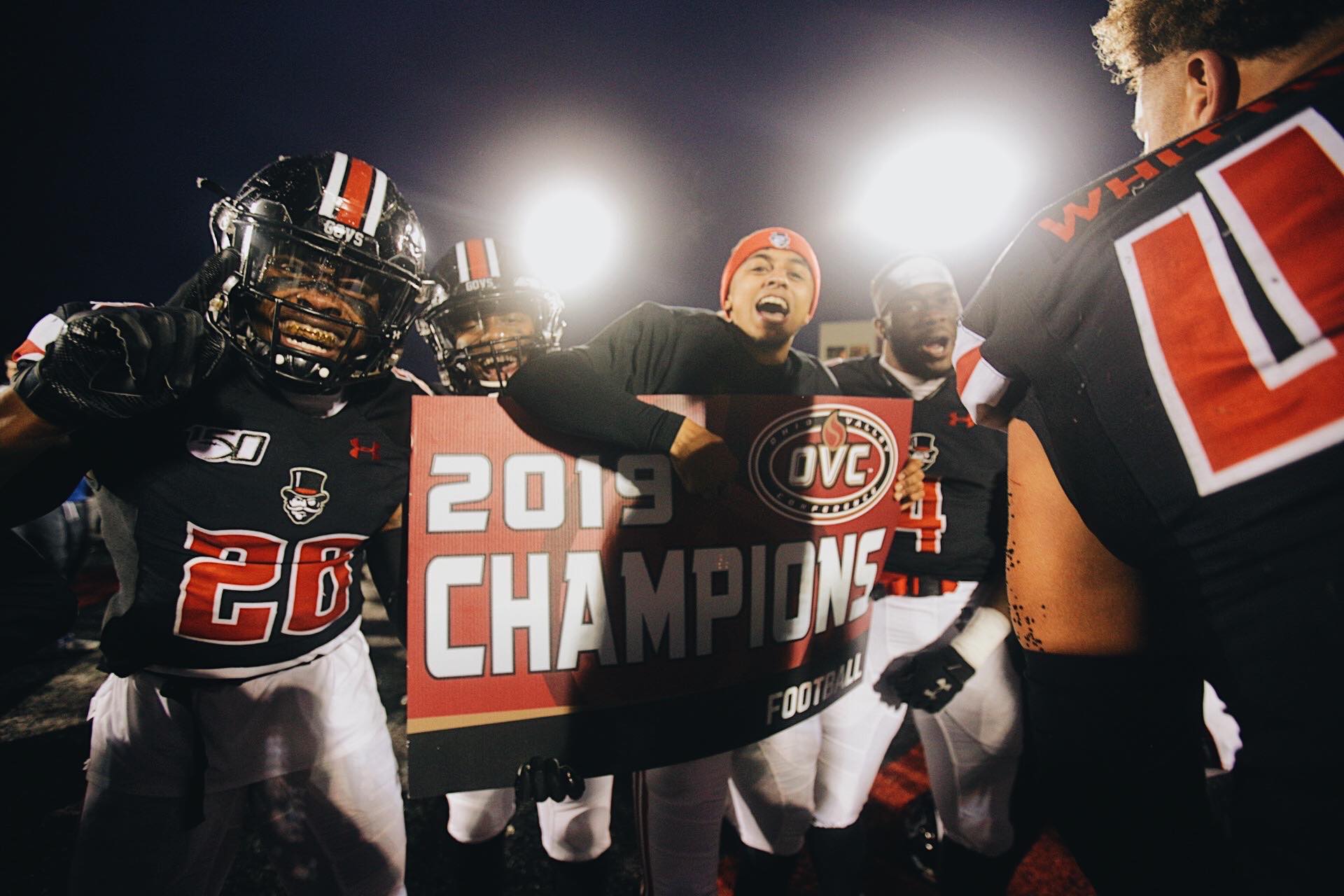 Govs have risen to the top for the first time in 42 years.

In the home game on Saturday, Nov. 23 against Eastern Illinois University, APSU triumphed winning a final score of 35-7. This win made Govs OVC Champions for the first time since 1977.

After being a losing team on a streak before previous coach Healy’s appearance in 2017, to finally coming out of a long time of being a rarely media covered team, there is no surprise how exciting this win for APSU is. Coach Hudspeth has now led the team to a massive victory, resulting in a new title and entrance into the playoffs.

APSU finally rose to the top in Division 1 football, even in the chilling November weather presented on this historical day for the team.

The Govs were the first to make it on the board, when JaVaughn Craig passed towards Harley Baniko, who made the starting lead of the game within four minutes of the first quarter.

Despite the successful start, the Govs would slip up into the second quarter when EIU pushed onto the board, bringing the score 7-7. However, the Govs did not give up, as pressure pushed on to take the lead back.

Within the next half of the game, Craig, Baniko and DeAngelo Wilson would keep the Govs on the board. The score quickly rose from a tie to a leading 35.

Determination was shining as the team took this victory on their home field. The Panthers maintaining a 7-point score throughout the game, stood no chance against the determined Govs, fighting to win the championship status.

There was no doubt of the feelings spread through the record breaking team as tubs of water were tossed, and coaches and players alike cheered together knowing this meant an entrance to playoffs.

Austin Peay wins the OVC with a 35-7 win over Eastern Illinois pic.twitter.com/PXVicj44GM

Following this emotional win for APSU, there is a watch party Sunday, Nov. 24 at 11 a.m. to find out who Govs will play in the start of playoffs.

What a time in history to be a Gov and witness two rises through the years for this football team as a whole. In 2017, the team broke out of a long losing streak and now in the closing months of a decade, the Govs have become champions. 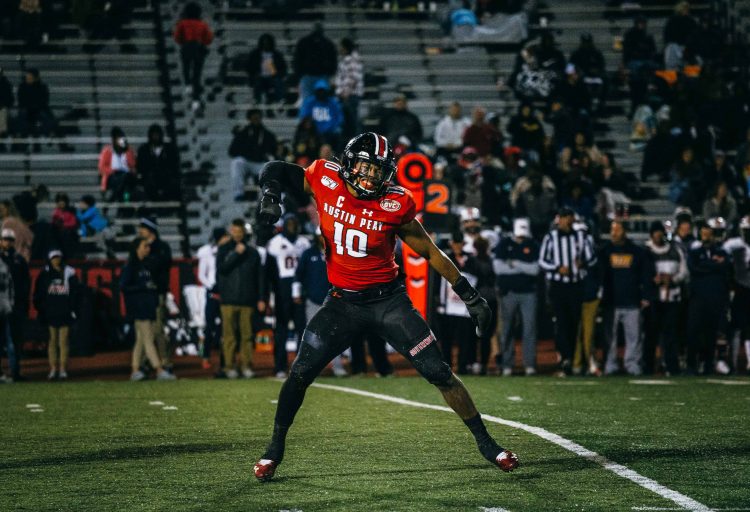