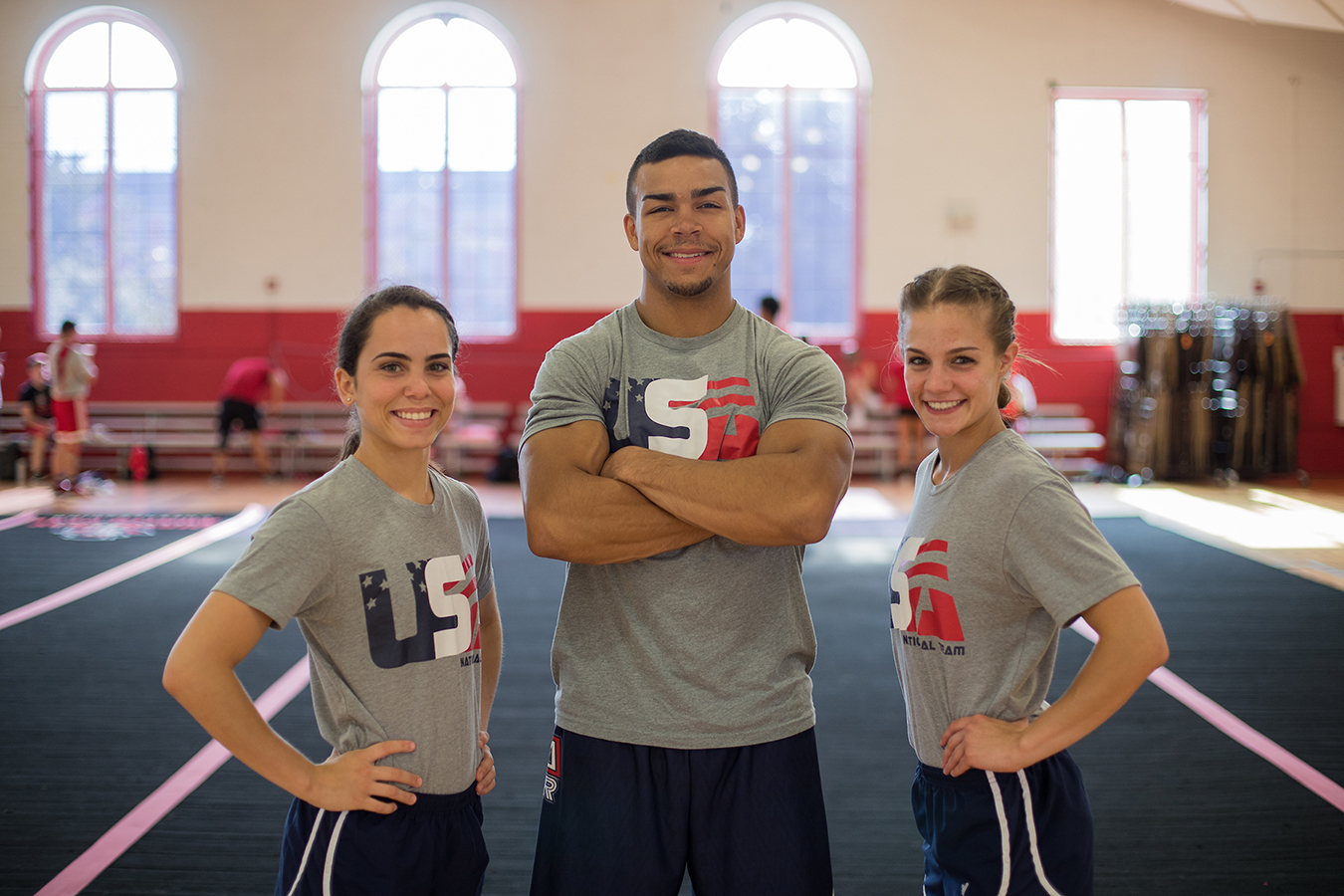 Austin Peay student-athletes Raquel Black, Johan Hensen and Erica Lester joined an elite group of athletes from universities across the country in representing Team USA at the International Cheer Union’s (ICU) annual World Cheerleading Championships, held in April in Orlando, Florida, at Disney’s ESPN Wide World of Sports. The first ICU World Championships since the sport’s governing body received recognition by the International Olympic Committee in 2016, the global event welcomed over 2,500 athletes and 70 countries to determine the world’s best.

“I don’t really even know how to explain it…(the World Cheerleading Championships) has always been a dream for us because it’s the top of the mountain in cheerleading,” Hensen said. “Team USA was looking for people who could represent the country the way it should be, and to even be considered for the team was (incredible).”

The trio of Austin Peay athletes earned their spots in January, when they attended national tryouts. The nation’s best cheer athletes put their skills on display, with Hensen, Black and Lester earning their spots alongside athletes from major universities including the University of Alabama, University of Louisville, University of Kentucky, Oklahoma State University and Texas Tech University.

Hensen, who joined Black as members of Team USA’s National Coed Team, said the pressure to represent his country was different from his experience as a high school or University cheerleader.

“Obviously, cheerleading started off in the United States, and our coaches reminded me that we have a reputation to uphold,” Hensen, a senior engineering technology major, said. “We kind of invented the sport, so when we go to the world championships, it was on us to say to the rest of the world, ‘hey, this is who we are.’”

Hensen and Black did just that, as Team USA showed its skills in front of the world, earning the highest marks for their performance and edging out Chinese Taipei and Finland on the medal podium. The impact of their performance, Black said, became quickly apparent as Team USA received their gold medals and earned the opportunity to have the national anthem played for those in attendance.

“I was crying on the podium when I heard the national anthem played,” Black, a senior graphic design major, joked. “It was our first win at this level, so it really meant so much. My family was in attendance, so I just immediately started crying when I saw them and heard the anthem start to play.”

A transfer student from Davenport University in Michigan, Lester had prior national championship runs in both high school and college. Those experiences served her well as she joined squad mates from around the country on Team USA’s National All-Girls Team.

Like their coed counterparts, Lester and her all-girls teammates held off Finland and Canada to also earn gold at the event — Team USA’s 11th consecutive gold medal in all-girls competition.

“I’ve won in Daytona (at the Collegiate Cheer & Dance Championships) and I’ve won at stunt cheerleading nationals, so I’ve had two opportunities to feel a big win, but ‘worlds’ was way different,” Lester, a senior nursing major, said. “Everything was at a totally different level, from the intensity of the competition to the level of preparation that went into it, but I think that roller coaster was what made everything worth it.”

With the championships at an end, Austin Peay’s trio of gold medalists are back in the gym with their Governors teammates as they prepare for the 2017-18 season. All three have at least one more year to represent their University — and maybe one more chance to represent their country at the 2018 World Cheerleading Championships.

“We get a lot of opportunities through Austin Peay that I don’t think we would not get at other places,” Hensen said. “Now that I’ve been able to think back on the event, this was really an amazing experience to be able to represent our country as members of Team USA.”

FOR MEDIA: A full gallery of images can be found at https://austinpeay.photoshelter.com/galleries/C0000wHz0QCMhd1I/G0000NfBHGMsf4nw/APSU-Cheer-Team-USA 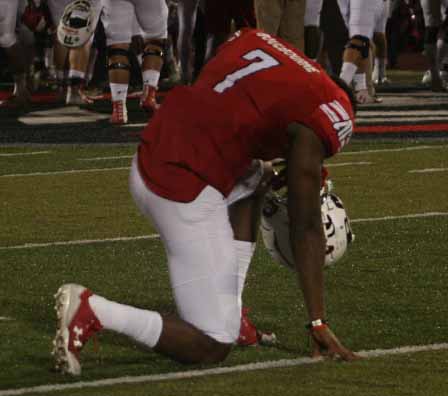