The Most Classic Christmas Movies of All Time 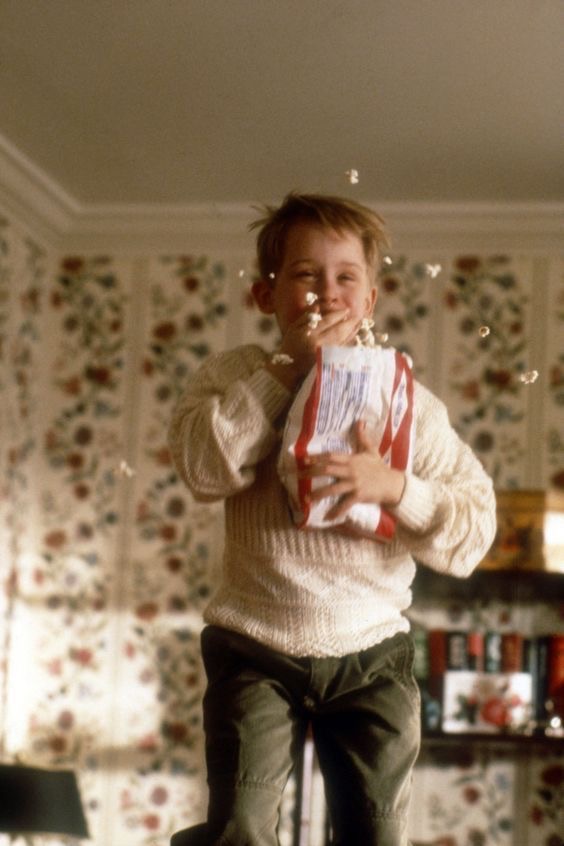 With Christmas in ten days, the time is now to start watching the classics to put you into the holiday spirit. From old-time favorites such as It’s a Wonderful Life to instant 90’s comedies like Home Alone, these movies will keep you far from being the Grinch or Ebenezer Scrooge.

IAWL is the ideal movie to watch around Christmastime as it captures the true meaning of the holidays. The film showcases life lessons such as the importance of family, the power of doing good, and not taking life for granted as the most prominent themes throughout. James Stewart and Donna Reed star in this beautiful story that is perfect for the whole family.

In this Christmas classic, an old man named Kris Kringle fills in for a drunken Santa Claus at Macy’s Thanksgiving Day Parade. After becoming an instant success in the parade, Kringle’s life becomes involved with those around him including a divorced New York mother who struggles with the idea of letting her child believe in fantasies such as Santa Claus. Once Kris claims to be the real thing, this spirals into a court case and a movie about never forgetting what it’s like to be a child.

Based on the song by Johnny Marks, this stop-motion animated film is beloved as the characters are loveable and memorable. The reindeer with the famous bright red nose guides Santa’s sleigh through a terrible storm on Christmas Eve ultimately saving Christmas. Children and adults will love it as it epitomizes childhood memories.

“Happy Birthday!” Frosty the Snowman is a beloved character that will have children and adults singing along too. When the friendly snowman comes to life with a magician’s magic hat, the characters struggle to avoid the greedy Professor Hinkle who cares only about himself. But, with the help of Christmas spirit and Santa Claus, there’s nothing Frosty can’t do.

This Claymation classic includes a postman, voiced as Fred Astaire, who explains the origin of Santa Claus and how he came to be such as: Why does Santa Claus have whiskers? Why does he live at the North Pole? Why does he go down chimneys to deliver presents?

On Christmas Eve a boy builds a snowman that comes to life and takes him to a magical land that is the North Pole. With very few words, this film is met with the artistic ability of childlike wonder and the featured song Walking in the Air by Howard Blake and sung by Peter Auty. It’s a heartfelt wholesome classic that brings the adventure of Christmastime to your very own home.

Following the tale of Ralphie Parker, a young boy who wants nothing more for Christmas than a 200-shot Red Ryder Range-Model BB gun, is a humorous movie that will make you laugh from beginning to end. Ralphie does his best to convince his mom and the old man of the perfect gift who is convinced he’ll shoot his eye out. With family shenanigans and heartfelt laughter, A Christmas Story is the perfect family movie.

As the third installment to the NLV film series, the movie follows Clark Griswold, played by Chevy Chase, who wants nothing more than to have the perfect family Christmas. Things quickly go awry when his good-intentioned cousin Eddie shows up unannounced. This movie is a Christmas comedy classic as Clark’s problems look all too familiar involving work and family.

Probably one of the most famous Christmas movies, this film stars Macaulay Culkin as Kevin McCallister who is left home alone when his family leaves for a Christmas vacation to Paris. 8-year-old Kevin is left to his excitement that his obnoxious family has forgotten him, which quickly sours when 2 con men plan to rob the McCallisters’ house. Home alone, Kevin uses his wits to protect his house and have a Christmas after all.

The Muppets cast performs the classic Dickens tale with Kermit the Frog playing Bob Cratchit, and Michael Caine playing Ebenezer Scrooge. The other Muppets like Miss Piggy, Gonzo, and Fozzie Bear all take part in the story as Scrooge receives visits from three ghosts of Christmases past, present, and future.

In this film adaptation of Louisa May Alcott’s classic, the March sisters face growing pains of love and loss, financial burden, and the following of hopes and dreams. Set in mid-19th-century Massachusetts, this movie captures the glory of winter and the magic of Christmastime spent with family and loved ones.

Tim Allen stars as the divorced dad Scott Calvin, who becomes Santa Claus after killing a man in a red suit on Christmas Eve. Suddenly, Calvin and his son are transported to the North Pole where an elf explains that Scott is now the new Santa Claus. This is the perfect family movie with an original plot and fun script that will leave you entertained till the end.

A grumpy green hermit known as the Grinch decides to dress up as Santa and ruin Christmas for all the Whos down in Whoville. He steals the gifts and the feast, even the roast beef! Whether you watch the 1966 animated cartoon narrated by Boris Karloff, or the 2000 Jim Carrey version, both capture the tale of the Grinch and how he comes around to the magic that is in Christmas.

“SANTAAAAAA!” Starring Will Ferrell as Buddy, who was accidentally transported to the North Pole as a toddler and raised as an elf, this movie follows the comedy storyline of Buddy the Elf traveling to New York in search of his real father. In full Elf fashion, Ferrell captures the comedic sense of the plot all whilst, building relationships, falling in love, and saving Christmas.

This magical movie is perfect for all ages as a young boy starts to doubt the authenticity of Santa Claus. When a train arrives at his house on Christmas Eve night, a conductor shouts “All Aboard,!” and the adventure begins. Traveling to the North Pole, he embarks on a Christmas journey like no other filled with friendship, hot chocolate, elves, and the childlike wonder of life for those who believe. 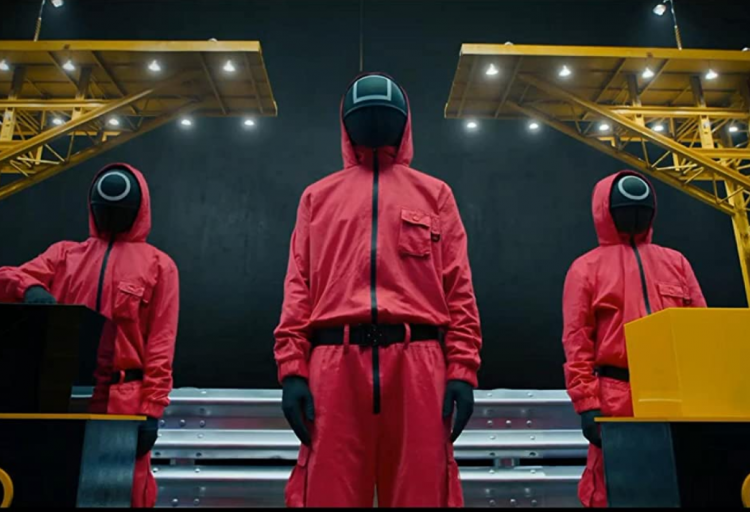 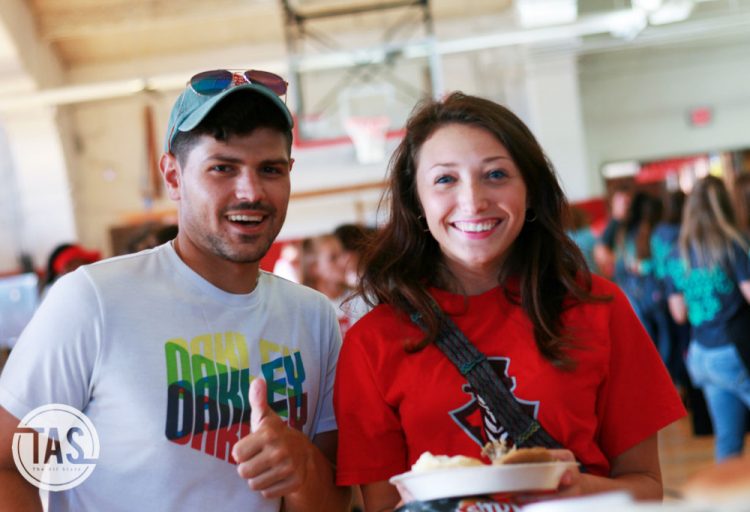 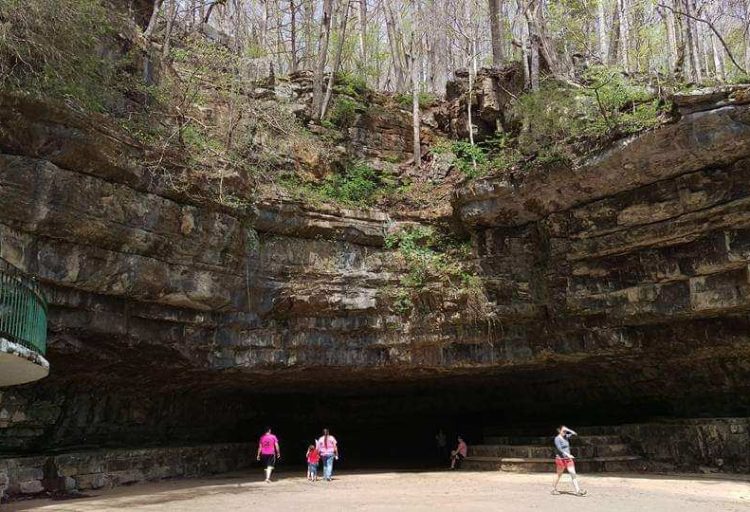