Feminism is a high-profile topic in the media and elsewhere, yet there are often negative connotations to the word. On Monday, Feb. 9, the Feminist Majority Leadership Alliance held an event called “The F-Word,” an attempt to break negative stereotypes in a friendly, discussion-based setting.

This is the second time the FMLA has hosted this event, the first coming in fall 2014. Kim Escue, treasurer for the FMLA as well as the public relations manager for the organization, said the pursuit of equality is not in question.

“You want to have equal rights,” Escue said. “You don’t want to be bashed.” Escue said “stereotypes and fear” are the main reasons more people don’t join the feminist movement.

The discussion began with a definition of the term feminism: “Feminism is the radical notion that women are people.” From there, presentations about various topics pertaining to the movement were introduced, with full room for audience interaction and conversation, including Amendment 1 and its results, to current, lasting statistics that suggest continued inequality among the sexes.

Much of the conversation at the event centered on the perception of the movement by various people, including various celebrities, who range from strong activists to those who do not call themselves feminists. One of the main points brought up by the FMLA was: If you believe in equality, you are a feminist.

One of the most common complaints about feminism is its perceived views of men. Some feminists are branded “men-haters” or revenge-seekers. According to the FMLA, this isn’t true. “Feminism isn’t about belittling men,” the organization said. “They believe in empowering women and creating equality between the sexes. Feminism is one of the few movements that strives to eliminate those harmful structures that affect men physically, socially and emotionally.”

The FMLA also said feminism is still relevant in today’s world. They cited the persistent 7 percent pay gap between sexes, on average, with race playing a significant role in gaps, as well, with sometimes a 2 percent larger gap between black women and white men.

The event was also a chance to address upcoming opportunities. One Billion Rising is a dance event to be held on Fri, Feb. 20, from 7 p.m. to 10 p.m. At the event, people can hang out, dance and make a pledge to support the movement.

FMLA also mentioned the Vagina Monologues, where volunteers can read anonymous submitted stories about first dates, moments of domestic violence or just random rants about the weather. The play is to be held on Wednesday, Mar. 25, though those wishing to volunteer must audition beforehand.

Escue said before this event, the group only had “four active members on campus.” Now, they have at least 15 members and multiple locations across multiple campuses, partnered with the Feminist Majority Foundation, though they still continually look for new members who are willing to be active supporters to the feminist movement. 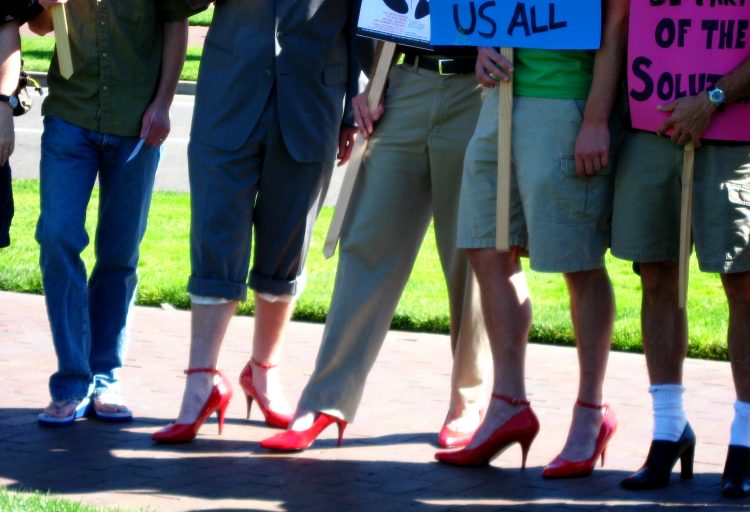