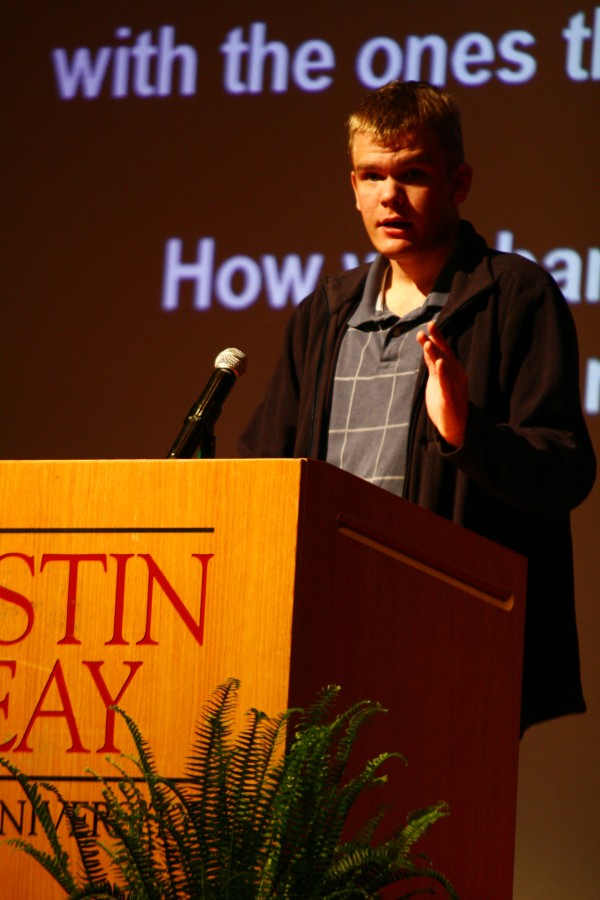 Students gathered to debate the effectiveness of a Tennessee ban on assault weapons in the APSU communication department’s 10th annual AP Debate Forum.
Rob Baron, assistant professor of communications, hosted the forum on Wednesday, March 6, in the Clement Auditorium.

There were three students from each side arguing either for or against the topic. Two of those six students were chosen as alternates.

The first student to take the stage was Ankit Patel. He covered the historical use of weapons. Patel said he believes an assault weapon can cause more harm even if a person is using it to protect a loved one.

“Weapons came from the battlefield and they should stay there,” Patel stated.

Ashton Maltie, who was also argued for a ban, focused his argument on today’s society.

“We need to protect our children and our youth,” Maltie said.

Michael Hoover was the first student to voice his perspective against the ban of assault weapons in Tennessee. He asked the audience to recall crimes that involved children and the ones that dealt with assault weapons.

Manny Bell, the second student arguing against the ban, believes that guns are not a danger to everyone.

“Guns are dangerous”, Bell said, “but only in the wrong hands.”

The entire team against the ban argued it is not the assault weapons that are the problem, but rather illegal weapons and the real problem is obeying the law. In fact 60 percent of guns used are illegal.

At the end of the debate, audience members were given the opportunity to get on stage and share their opinions. Students against the ban emphasized that the crime rate may go up if assault weapons are banned and that people will kill or harm a person with our without a weapon.

Stuart Arkovitz, adjunct English instructor, was one of the few who were on the side of banning assault weapons. “The idea of assault means aggression,” Arkovitz said and went on to rhetorically ask why a person would need a machine gun when we are no longer protecting our homes against an army.

Ashton Maltie gave the closing argument and said, “We are not getting rid of the right to bear arms and we need to better our children, a step in the right direction.”

Michael Hoover stated that Tennessee should focus their attention on something better and quoted Benjamin Franklin. “If passion drives you, let reason hold the reins.” 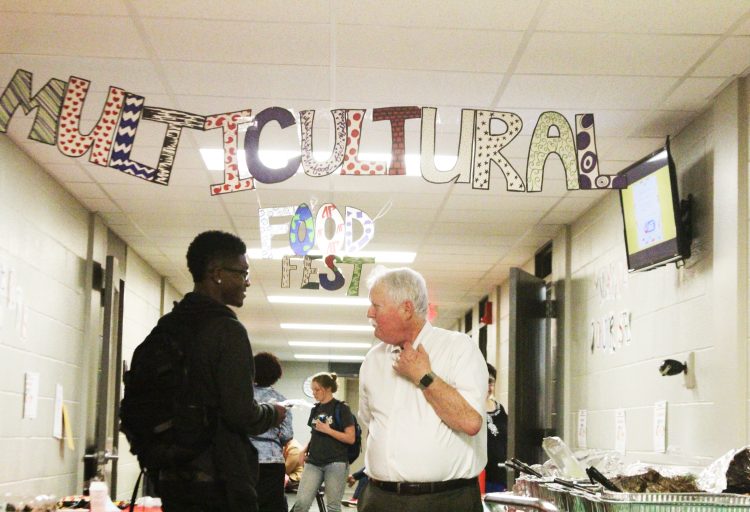