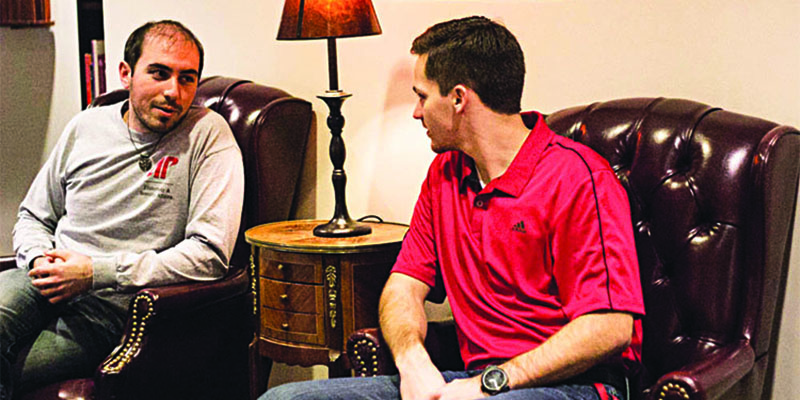 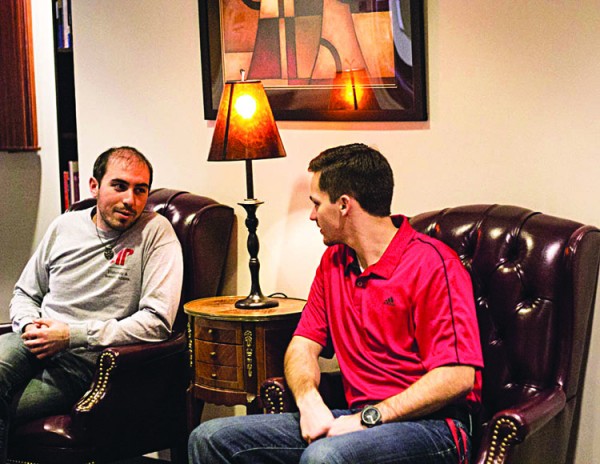 Student Life and Engagement recently had two newcomers to their department, Ty Jesinoski and Josh Gianitsis, who now serve as coordinator of Programs and Special Events and coordinator for Leadership and Student Organizations, respectively. Jesinoski began working for APSU June 2014 immediately after he received his Master’s degree in Leadership in Student Affairs at the University of St. Thomas in Minnesota. Likewise, Gianitsis was hired last November after completing his Master’s in College Student Personnel from the University of Tennessee at Knoxville while also working with their Sports Club. Gianitsis said he also “spent a lot of time climbing and leading students through our 5-story high-ropes course.”

As coordinator of Programs and Special Events, Jesinoski is the primary over seer of events such as MTV 2’s “Wild n’ Out” comedians coming to campus, Family Weekend and Juicy J’s performance during Homecoming. He says these have all been successes, and although some Govs Programming Council programs here and there have had low attendance, his experience at APSU has been great so far. His goal, he says, is to provide students with more quality programs over quantity. As “a way to move on with this idea is to not do programs just to do programs,” Jesinoski said. “We have to be intentional in our programs. Just because a program has happened in the past,doesn’t mean it has to happen.”

Some events the GPC has lined up for the remainder of the spring semester include a magician/mind reader coming to campus, an Open Mic Night, #ThrowbackThursday Outdoor Movie (“Space Jam”) and an end-of-semester Let’s Glow Peay Dance Party.

“We are in the process of planning Fall 2015 with bigger and better events for students on campus,” Jesinoski said. “One program we plan on bringing in September is Bubble Soccer, a huge craze around college campuses right now … Google it.” In his spare time, Jesinoski enjoys country music, attending small concerts in Nashville, and training for his first half-marathon coming up in April.

Gianitsis is APSU’s first coordinator for Leadership and Student Organizations. He worked in the Student Life offices at two other universities previously, which he says were “… institutions that were very different from APSU, and from each other, and [I] love that I can try to incorporate those past experiences into what I am offering here.” Like Jesinoski, Gianitsis has a heavy hand in getting students involved with on-campus activities, but his role is more specified to individual students rather than organizing events for students to attend, although he does that as well. Gianitsis creates new leadership programs for students, student organizations and student leaders and works extensively with organization leaders to make their organizations and events more successful. Like Jesinoski, Gianitsis said the biggest challenge he has faced is reaching out to APSU’s commuter and non-traditional student populations, but so far he has received an E^3 Activities Grant to fund the new Leadership Film Series. One upcoming event in his department is an etiquette lunch coming up in late March, which aims to teach students how to stay professional during a business lunch.

Both Jesinoski and Gianitsis came into their line of work because of how their undergraduate experiences shaped them and have interest in providing students with the same kind of opportunities they had. More information on the Govs Programming Council can be found on apsu.edu/student-life/gpc. Information on Student Life and Engagement can be found on apsu.edu/sle. Jesinoski and Gianitsis can also be found in the Student Life and Engagement Office in MUC Room 211.