As many APSU students know, the HOPE Lottery scholarship is available to all students in the state of Tennessee. It provides $4,000 per year for four years of college.

The criteria is simple: to gain eligibility, the student must be a Tennessee resident and either make a weighted 3.0 grade point average in high school or score at least a 21 on the ACT or 980 on the SAT, as stated on tn.gov.

Lt. Gov. Ron Ramsey, of Blountville, Tenn., has founded a task force dedicated to preserving the reserves of available scholarship money, at the cost of cutting some students’ benefits in half.

Understandably, this decision has dismayed many students, many of whom can’t afford tuition without the HOPE’s financial aid.

The proposal is only under consideration now. The change would decrease students’ lottery assistance if they did not meet both standardized testing and high school grade requirements.

Rather than being paid $4,000 for four years, students would receive $4,000 dollars for two years, even if they attend a four-year university.

The Associated Press reports this plan is expected to save $17 million each year.

Even though the HOPE Lottery scholarship program has already accumulated nearly $400 million in reserves, legislators worry the cost of the program could overtake lottery profits.

To compensate for expenses in the short term, the state has used lottery reserves. Without reform, state officials approximate the lottery reserves could steadily diminish to about $145 million by 2021.

Keeping the state out of debt and financially stable is important, and reform is necessary, but the rights of students to be educated should not be jeopardized in the process.

“We just don’t need to go across the board slashing it and putting a lot of … kids off it,” said Nashville’s Mike Turner, House Democratic Caucus Chairman.

Many otherwise intelligent students struggle during their high school years or have test anxiety and exhibit subpar results on one of the criteria. In addition, middle-class families who make too little money to comfortably afford college but make too much to warrant financial aid are left marooned in an awkward middle ground.

For many, the HOPE is their only chance to receive a quality education and eventually acquire a satisfactory job.

While financial crises must be attended to, it is apparent there is an increasing educational crisis in America. Some might argue the cuts, which would raise the bar for eligibility for a standard Tennessee scholarship, would contribute to more focused, motivated high school students.

However, equal opportunity is a basic tenet upon which this country was founded, and education is a right of the people.

This change would blindside so many promising students and perhaps even harm the future of this country.

Without access to education, the new generation in charge of taking on the torch of its predecessors and running the world will be forced to work with basic knowledge rather than a well-rounded secondary education. As the old maxim goes, “Those ignorant of history are doomed to repeat it.”

Students need HOPE. If students can manage either of the criteria necessary to win a HOPE Lottery scholarship at this time, they have reasonably proven themselves to be high achievers, pupils of exemplary caliber and responsible enough to have a lust for knowledge which they should not be denied.

Young adults today should be assisted by the state as much as possible in order to empower themselves and become productive members of society.

The idea behind the cuts is not intentionally malicious, but deserves careful consideration. The people of this generation hold the future of the United States in their hands.

How capable those hands will become in shaping the nation is directly related to education. Denying anyone education is not only immoral, but counterproductive. TAS 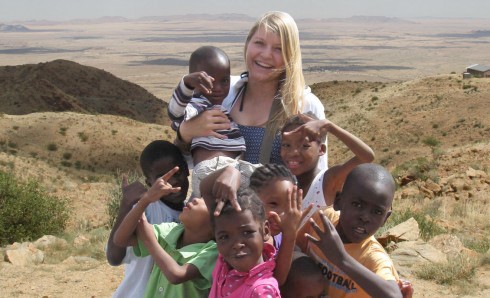