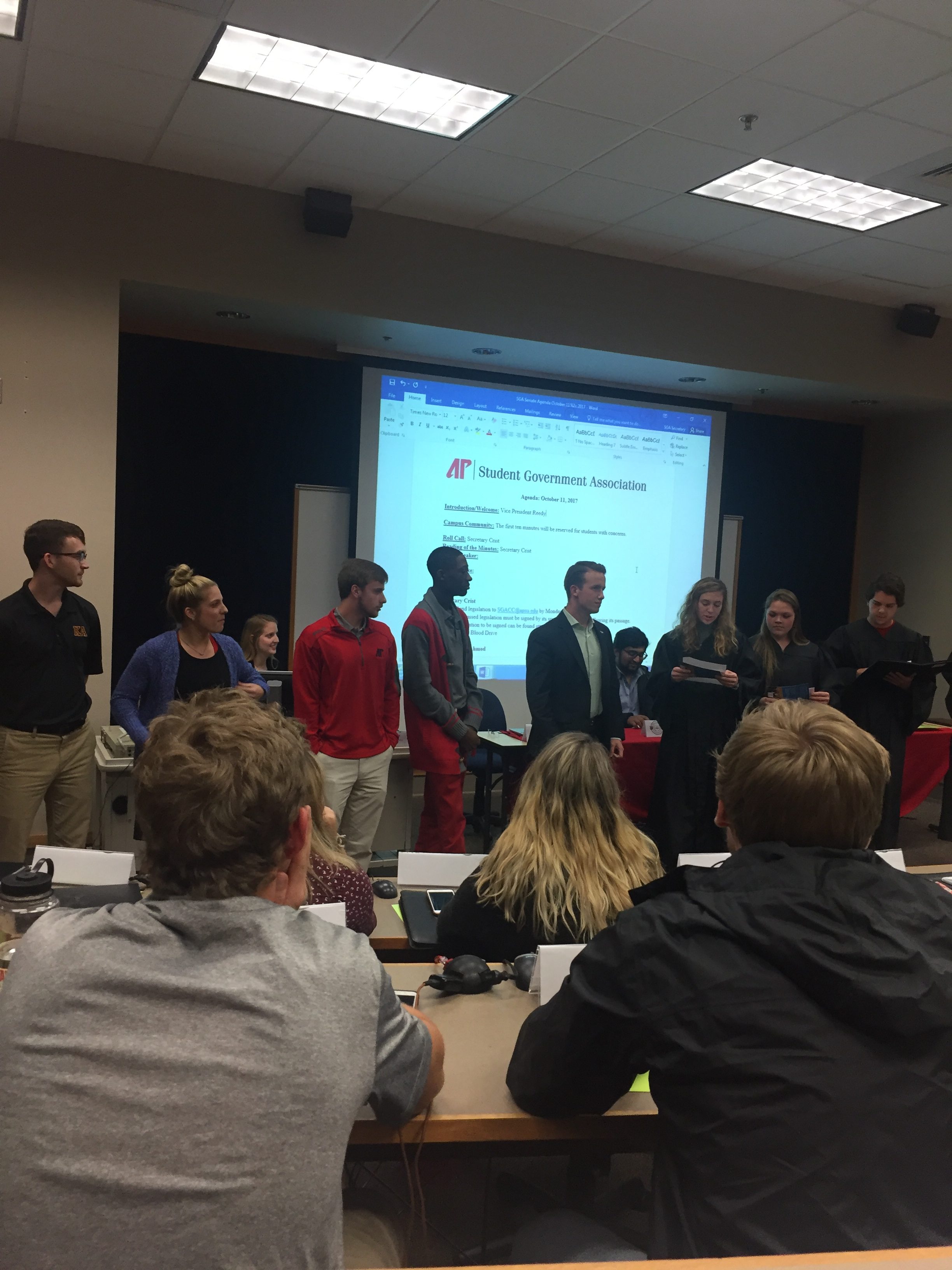 SGA completed their second meeting of the month on Oct. 11.

At the start of the meeting, representatives from Omicron Delta Kappa Honor Society presented senators with acceptance into the organization.

The Fee Adjustment Appeals committee announced that going forward it will now conduct its meetings via email.

The committee tasked with managing distance education will begin scheduling demos in early January for new learning platforms. APSU’s contract using Desire to Learn is reported to end early next year. Many students have expressed frustrations with D2L and SGA President Burns has acknowledged its challenges. The demos will give students an opportunity to test drive alternatives such as Blackboard and Tegrity as APSU reevaluates D2L.

Act 2 was introduced by Senator Gabriel Spring last session and passed unanimously. SGA will now have committees made up of several members to plan its biggest events. This change must be approved by SGA’S Tribunal for final ratification since it relates to a constitutional amendment.

Act 3 was presented by Senator Chantal Alequin. Her legislation removes a key restriction preventing members of SGA from simultaneously holding a position on the University’s Board of Trustees as a non-voting Student Representative.

“Last year someone presented this legislation because they thought it would be a conflict of interest to have senators serve, but I don’t see any of that,” Chief Justice Wasqas Ahmed said.

The restriction did not prevent senators from applying to be the representative next year, but prevented them from serving as both at the same time. The removal of the restriction passed unanimously and is expected to be ratified by the Tribunal.

SGA formally meets every Wednesday at 5:00 p.m. in the Morgan University Center. Meetings are open to the public. More information about SGA can be found at www.apsu.edu/sga/.