Last week, four candidates were interviewed for the position of director of Public Safety.

The director of Public Safety’s responsibilities include identifying hazards to safety and security, coordinating staff efforts in crime prevention and criminal investigations and providing protection for university personnel, property and guests.

“Each applicant had to apply for the position through the ‘PeopleAdmin’ system, [the] online employment application system used by APSU,” said Vice President of Finance and Administration Mitch Robinson. “The candidate pool was then reviewed by our Affirmative Action office.”

According to Robinson, the next step was forwarding the pool of 34 applicants to the search committee for review, which then reduced the pool to eight candidates.

The committee conducted telephone interviews with the candidates. Afterwards, the search committee decided on four candidates to invite to on-campus interviews.

Dray hails from Ithica College in New York, where he is the deputy chief and responsible for the day-to-day activities of the Patrol and Security Division of Public Safety.

“I like having the officers out there on foot,” Dray said. “It’s to show that we’re [the students’] mentors as well as their officers.”

Dray’s interest in the position comes from his self-described “third-generation cop” background and wanting to move to a more family-friendly climate.

“The day that I pinned on a badge, I was like ‘Someday, I’m going to have my own department,’” Dray said. “Career-wise, this is the next progression after deputy chief.”

Morton has been at MTSU for 15 years, starting out as a student dispatcher and moving up through the ranks to director of the department.

“I think it’s similar enough to APSU that most of that experience should translate,” Morton said.

Morton echoed Dray’s interest by noting that chief was “the next logical step” in his police career, and he has a experience with APSU due to working as interim director of Public Safety in November 2010 during Biles’ one month suspension for violating university policies regarding sexual harassment.
J
ohnson comes from UT Chattanooga, with 18 years in law enforcement.

“I know enough about how to run a police department now,” Johnson said. “As far as law enforcement experience goes, I’ve done everything from writing a speeding ticket to working the traffic rap to serious felony arrests.”

Johnson also said he could serve as a driving instructor, and his experiences in the National Forensics Academy and investigating/preserving DNA evidence could be a benefit to the campus as well.

Calloway is currently serving as the Chief of Police in Woodmere, OH.

Calloway is particularly interested in extending the relationship between campus police and the students. He runs programs in Woodmere such as male mentoring and tutoring in order to benefit the community.

“We’ve lost a few to the streets, but it’s very important to me to get out into the community and do something positive,” Calloway said. “I looked at some of the challenges that APSU Public Safety has presented or has present right now, and I have an opportunity to come in to try and change some of that.” TAS 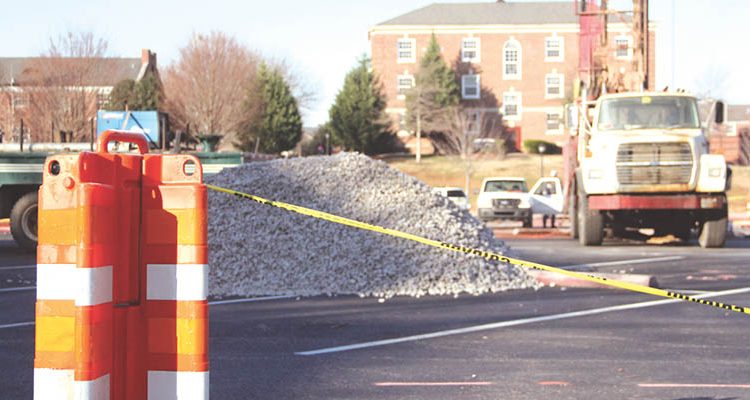