The two nose guards were teammates for one season at Division II Florida Tech. In May of last year, former FTU head coach Steve Englehart announced to his players that the university had disbanded the football program, forcing them to find a new place to play.

On Saturday, April 3, Martin and Johanning will toe the same turf once more. But this time, it’s as the other’s opposition.

“We just kind of had a connection from the get-go and he was just a really good friend, along with a bunch of other guys at Florida Tech,” Martin said. “…It’s going to be really cool. We both found a home in the OVC, it’s just kind of weird how all things work out. It’s going to be interesting to see how we match up.”

Johanning echoed Martin’s sentiment of camaraderie with the Panthers, and said that the toughest part about leaving Melbourne, Fla. was saying goodbye to his football family. Shortly after receiving the news regarding the closure of Florida Tech football, Johanning entered the transfer portal. Murray State was the first school to offer him a scholarship.

The run-stopping specialist announced his commitment to the Racers in May of 2020. Nearly one month later, Martin took his pass-rushing abilities to Mu**ay State’s rival school in APSU.

“I remember when [Martin] committed to an OVC team, we were texting each other within the hour, saying ‘We’ll see you on the field again,’” Johanning said.

“We’ve been keeping in close contact ever since and there’s been friendly trash talk. Nothing that’s going to disrespect one of the other people, but that’s been something that I’ve had circled on my calendar for a minute, just for personal reasons. Just because of that, I’ve been looking forward to this game for a long time, and it’s finally here, so it’s going to be a fun game.”

While in Melbourne, Johanning served as a mentor to Martin. The redshirt sophomore was asked to be his host during Martin’s recruiting trip in 2018, a decision that he has yet to comprehend.

“I was still a true freshman and the coaches came up to me and asked me to host, and that doesn’t really happen,” Johanning said. “I still don’t know why they asked me to do that.”

Call it fate that two former teammates became bitter Ohio Valley Conference rivals. The defensive linemen hit it off following Martin’s recruiting trip. Johanning taught him, among other new players, the playbook and certain techniques that he had picked up a season prior. The duo’s training together helped them to further their collegiate careers.

Both players are in year one of their respective head coaches, with Scotty Walden (3-2) and Dean Hood (5-0) providing early success in their tenure. For Martin, Florida Tech’s shuttering was paired with last fall’s coach and player turnover in Clarksville. Walden is his third head coach in nine months.

“It was just such a crazy carousel of transitioning [with] coaching changes and then changes in general,” he said. “When I got here, I was trying to get my feet underneath me again. I was in a brand new state that I’d never been to. I never saw myself leaving Florida; that’s my hometown. I grew up there.

“It’s hard to put into words the person I’ve grown into from then to now.”

Martin and Johanning’s reunion will be one of many after the final horn on Saturday. Five other former high school teammates will share the same field once again, ranging from nearby schools in Rossview, Clarksville, Cane Ridge and Hopkinsville, to Pinson Valley in Pinson, Ala.

Saturday will mark the 55th meeting between the two teams in a rivalry that began almost 70 years ago. For the two former Panthers, a win on the field matters more than their inevitable reconnection afterward.

“Win, lose or draw, I’d like to catch up with him a little bit,” Johanning said. “Going into the game, no. We’ve got one thing on our mind, that’s to win. We’ve got a new culture here at Murray State, and we’re going to prepare for each game as if it’s the biggest game of the year and next game is always the biggest game.”

Added Martin: “They’re our rival, 100%. Austin Peay doesn’t like Murray, Murray doesn’t like Austin Peay. Although I’ve been here for a short time, I’ve definitely [been] made aware of that. We’re trying to go out there and get a win. Get a win [and] help this playoff push of ours.” 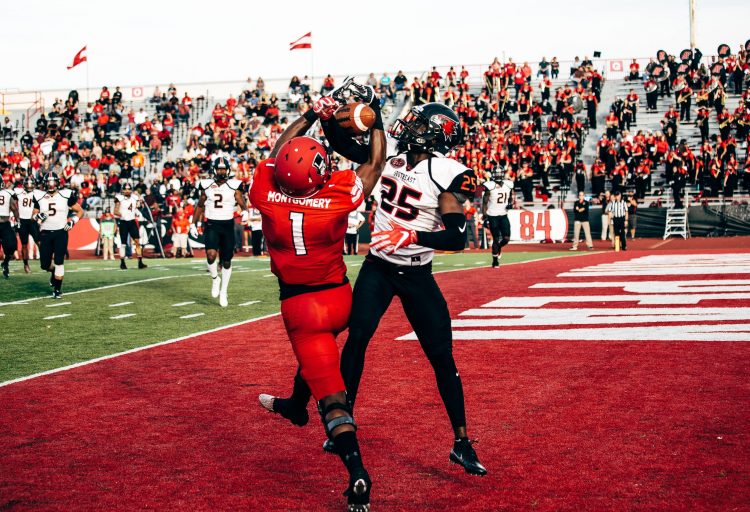