By BRANDON MARSHALL | Letter to the Editor

While I generally agreed with the sentiments expressed by David Kanervo in his Wednesday, Nov. 10, column, “Mid-Term Elections Reflect Frustrations,” there was a segment in it I have to thoroughly disagree with; the statement that Republican ideas were completely ignored in the debate on the health care bill.

In fact, many Republican ideas, though not all, were included in the make-up of the bill.

During the markup of the bill, there were approximately 161 Republican amendments accepted to the bill according to the Health, Education, Labor and Pensions committee.

There have also been 30 bipartisan hearings on health care as well, of which half have been held since 2009.

Add in the 72 meetings of six bipartisan working groups on the bill since 2009, and Republicans had plenty of chances to speak.

If you go to the GOP’s government website and see the four planks of their health care plan, three of the four are in the bill (only tort reform wasn’t added), and Obama himself has stated many of the ideas Republicans offered for the bill were added.

These ideas included allowing insurance companies to sell coverage across state lines, creating pools where self-employed and small businesses could buy insurance (a system set up by former Republican presidential candidate Mitt Romney, of Massachusetts), letting children stay on their parents’ insurance until the age of 26 and creating a high risk pool for uninsured Americans with preexisting conditions (an idea by former Republican presidential candidate, John McCain).

Two of the bigger controversies of the bill, such as the ludicrous idea of “death panels” and the mandate, arose from originally Republican ideas.

The amendment which led to the “death panel” claim was proposed by pro-life Republican Sen. Johnny Isakson of Georgia and, for the purpose of clarification, the amendment does not create death panels; it allows funds for a government-funded program that provides in home services to people with disabilities to be used for advance care planning.

As for the mandate, it was originally proposed during the Clinton administration by, you guessed it, Republicans and conservative groups (the New American Foundation, a major supporter of the idea back then, still supports it) in order to deal with the “free rider” effect of people not getting insurance, then needing care and then having others basically pay for it.

So Republican ideas were not ignored, many of them were incorporated. Admittedly, the idea of tort reform was not put in the bill, but it wasn’t the “magic bullet” to costs Republicans suggested it was.

The Congressional Budget Office estimated tort reform would help with only .5 percent of health care spending. Money is money, but it’s not that big of an issue.

Many of the more controversial ideas were once Republican ideas, or were presented by Republicans, and others also found first inspiration by Republicans. Why are they backing out of those ideas now? The answer is plain and simple: elections.

As Kanervo said, supporters of the bill are now being accused of being socialist, and for the Republican base, socialist equals Communist, which then goes on to totalitarianism and is ultimately branded as un-American.
After all, it’s easier to win an election if you portray your opponents as monsters out to destroy America than if you paint them as partners working together to better our nation. TAS 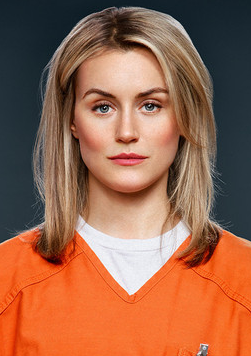