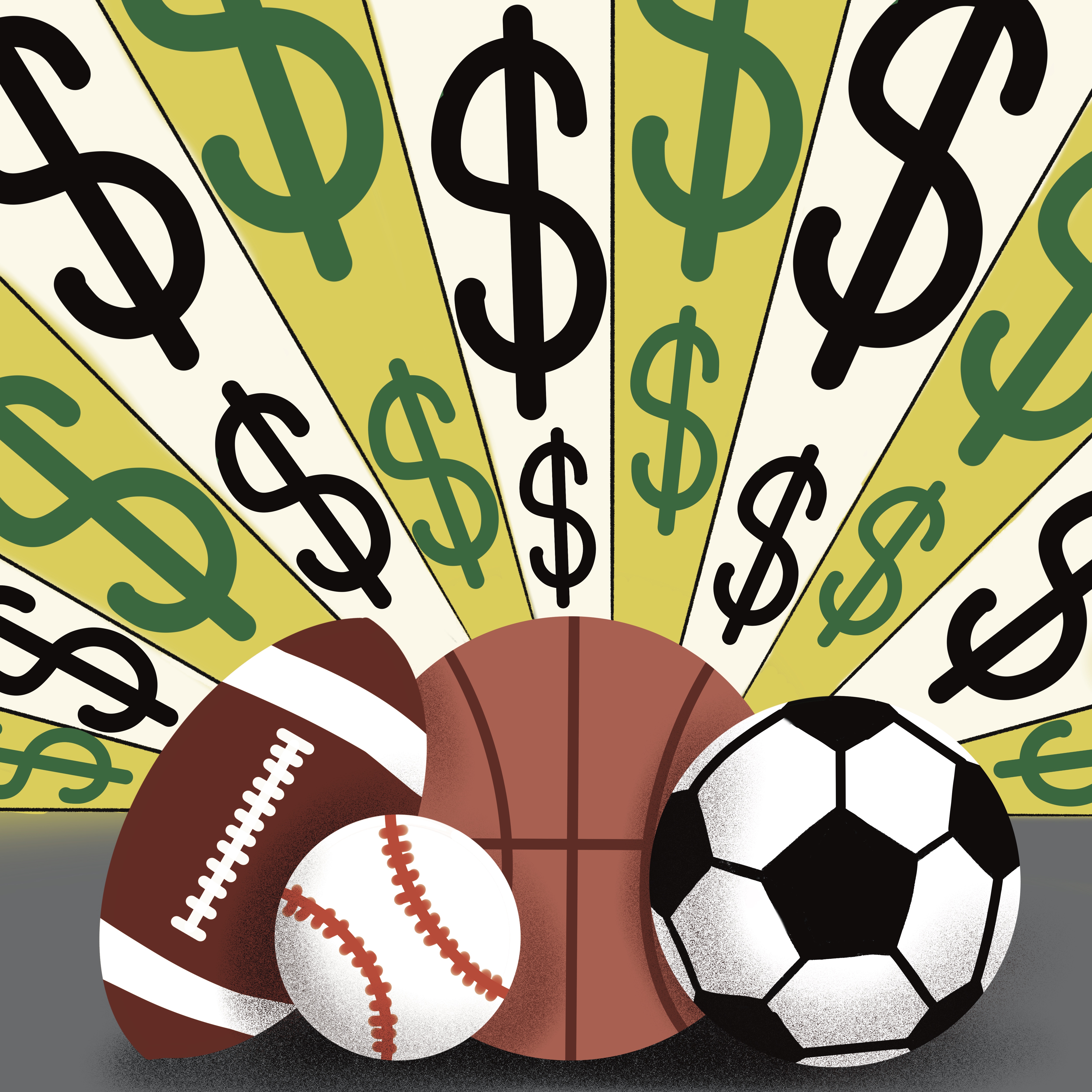 Financial figures aside, student-athletes need and deserve to be compensated. JORDAN POTENZA | THE ALL STATE

The debate of paying student-athletes has been a discussion for countless years. While there are many things that universities would have to work out financially, I believe it is time for student-athletes to make a living for themselves, not just live off of a scholarship.

Allow me to start by saying that I do not believe that these college athletes should be making enough to live glamorous lives, but at least enough that most do not have to live off their parents outside of the academic year.

The main reason that many believe a scholarship should be enough for these student-athletes is because they believe that scholarship is all that they need. This is true in many aspects, but only during the academic year.

Scholarship helps to feed, house and further the education of many student-athletes; however, outside of school there is no time for these young adults to work or prepare themselves for life outside of college.

According to ncaa.org, only 3.6% of draft-eligible student-athletes in the NCAA’s five major sports–men’s and women’s basketball, football, baseball and men’s ice hockey—went pro in 2020. While not all draft-eligible students are a senior, this still leaves tens of thousands of college athletes with little to no finances to start their post-athletic lives.

Insidehighered.com states that 70 percent of full-time college students work. This allows them to both support themselves, families, and more, all while often preparing for their careers outside of school. Student-athletes do not have this luxury, as their days are taken up by practices, games and other athletic-related areas.

In the typical week of a college student with 15 credit hours, they will spend 15 hours in class, roughly 30 hours studying for their classes (collegeparentcentral.com), 49-63 hours sleeping and roughly eight hours eating (foodnetwork.com). This alone takes up roughly 109 hours, or 65%, of a week.

In 2016, the NCAA passed a rule that student-athletes could spend no more than 20 hours practicing a week. While this seems reasonable, this does not include games or any additional attention the athletes may need such as recovery.

If you include the extra 20 hours a week of practice and even just one hour of recovery, that accounts for over 73% of a week. This does not include games, which can take multiple days for road games or tournaments.

College athletics are a multi-billion-dollar industry that has multiple coaches making over $1 million every year, and many more make as much over the course of their multi-year contracts.

I understand that schools such as APSU and conferences such as the Ohio Valley Conference would not be able to afford paying athletes the same amount as an Alabama, Michigan or other historic, power-five programs. This is why I believe these athletes should all be given the same amount across all universities.

As stated previously, student-athletes should not live glamorous lives off of this money handed down from the NCAA, but I do believe it should be enough to keep them upright outside of the academic year and give them even the slightest opportunity to save for their post-athletic lives, should they be the 95+ percent that do not make the pros.

Paying student-athletes could spell trouble for the future of college sports
Share: