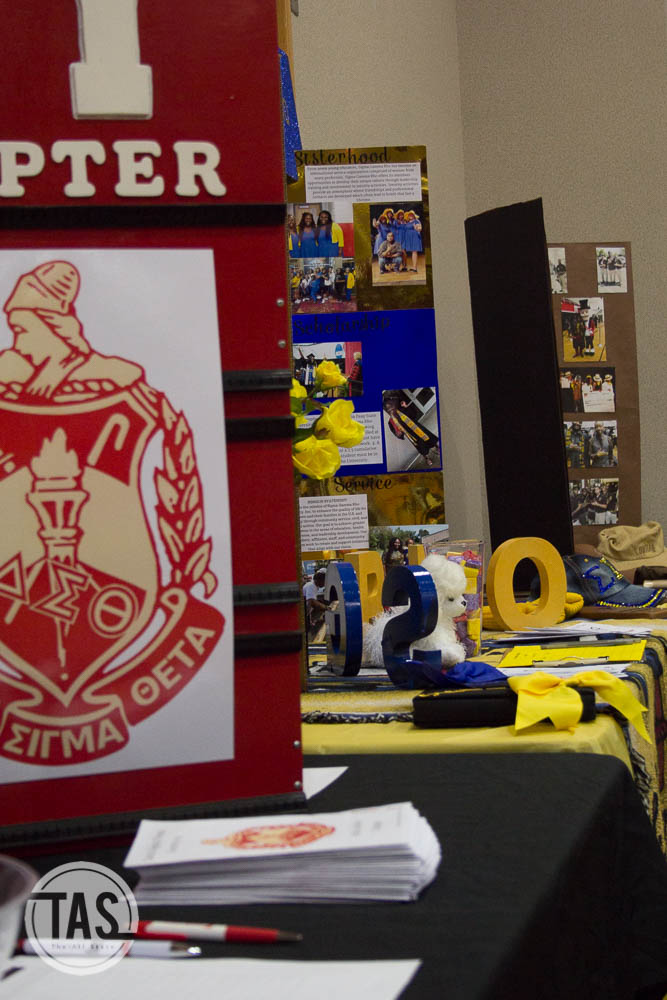 “Convocation is a time where those who are potentially interested or just want to know more can come and learn about the different organizations,” President of NPHC at APSU Cortney Grisham said.

Nianda Glover, freshman business administration major, came to convocation hoping to follow in her mother’s footsteps  and join a sorority.

“I feel like this whole time I have been in school I have not found a place, like a friend group,” Brown said. “I know it is a little late, but I am hoping it can happen.”

“I feel like being here at a predominantly white school, it is easy to kind of forget your culture, like black culture,” Brown said. “I feel like I want to be a part of something that encourages and celebrates someone like me, who looks like me and who can relate to me.”

“NPHC is just as important now as it was at the beginning of the 1900s because they have been some of the forefront leaders of historical movements. They have been leaders on many campuses, particularly campuses that are PWI’s (predominantly white institutions),” Grisham said. “Having the influence of NPHC shows students of color the leadership opportunities they could explore.”