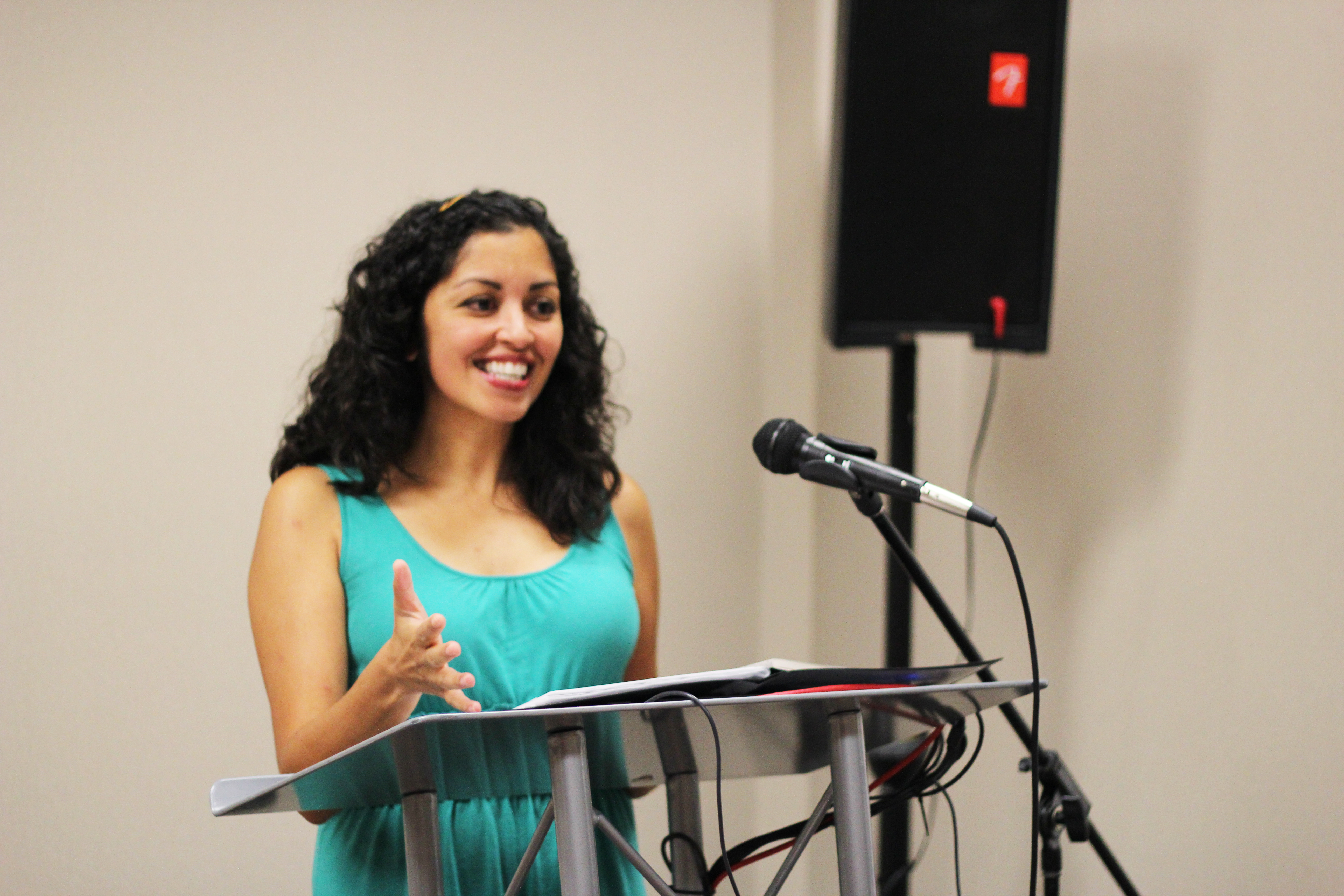 One’s life story is complex. Transcribing it to poetry can bring such complexity to life.

Nezhukumatathil gave exposition before each poem, giving the familial context behind the work and creating an open conversation.

“I want to keep things entertaining, instead of me just reading poetry to you and then leaving,” Nezhukumatathil said.

According to a press release issued to APSU, Nezhukumatathil’s 2007 collection, “At the Drive-In Volcano,” won the Balcones Prize, and “Miracle Fruit,” released in 2003, won the Tupelo Press Prize, ForeWord Magazine’s Book of the Year Award, the Global Filipino Award and was a finalist for the Glasgow Prize and the Asian American Literary Award.

Among the various works Nezhukumatathil presented, her poems included “Swear Words,” a piece about her mother’s use of foreign swear words whenever something went wrong in her house, and how she never learned the languages of her parents. “What I learned from the Incredible Hulk” is a piece detailing her childhood fascination with the 80s live-action TV show The Incredible Hulk, and “A Collection of One-Star Reviews on the Taj-Mahal,” was copy-and-pasted directly from travel websites with no editing on her part.

Moses Cole, a senior communication major attending the reading for a class, said he enjoyed the pieces Nezhukumatathil read.

“I liked the word choice. It was soothing,” Cole said.

Cole writes poetry in his spare time, and he said he analyzed the word choice in Nezhukumatathil’s works, citing a desire to “focus on how each word affects other words.”

Nezhukumatathil said she gains inspiration for her poetry by reading almost constantly, especially natural history books like “Hunt for the Giant Squid.”

“I promised my parents I would be a poetry student for life,” she said.

Nezhukumatathil originally went to college to be a doctor like her parents, but a chance encounter with a poetry class convinced her to completely switch her major to English.

“I was on fire to do [poetry],” Nezhukumatathil said. “I just didn’t feel that in chemistry.”

Her most recent work, “Lucky Fish,” came out in 2011, and Nezhukumatathil discussed some of the challenges she comes across when writing prose, including her dislike for “breaking lines,” and that “anything more than two pages feels like a marathon.”

Nezhukumatathil ended the night by saying poetry gave her a “different kind of richness I couldn’t even imagine.”