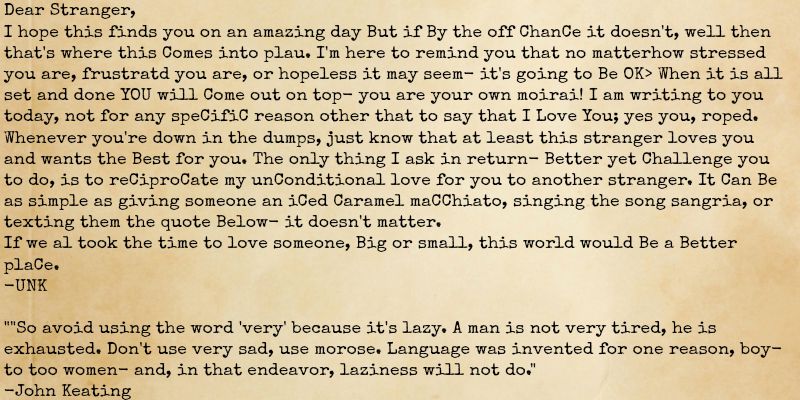 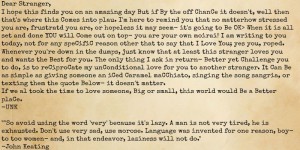 A mystery has been making its rounds across campus over the past several days.

A series of love letters were left in random locations around campus each envelope sealed in a unique way.

Each letter is written as if from a secret admirer. The mystery writer expresses their love for the reader, and says they want “the Best for you.” Curiously, in the letter, every B and C is capitalized, such as “…not for any speCifiC reason…”

Each letter also contains an unique poem at the bottom, without the random capitalization of B and C, as well as a challenge to “reCiproCate my unConditional love for you to another stranger.”

At the end of every letter the writer puts various romantic quotes. Robin Williams is quoted as John Keating from “Dead Poet’s Society.”

“So to avoid using the word ‘very’ because it’s lazy. A man is not very tired, he is exhausted. Don’t use very sad, use morose. Language was invented for one reason, boys – to woo women and, in that endeavor, laziness will not do.” – John Keeting, Dead Poet’s Society

The movie covers the lives of several adolescent boys under the influence of their hopeless romantic English teacher John Keating.

The author of these letters has not been determined. If any other letters are found on campus feel free to bring them to Student Publications in MUC 111 or tag The All State  on Facebook, Instagram or Twitter.

We Recently found a new letter. The letter contains the same content with the exception of the ending quote, which reads.

“There is always some madness in love. But there is also always some reason in madness.” – Friedrich Nietzsche 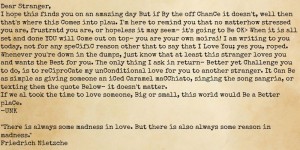 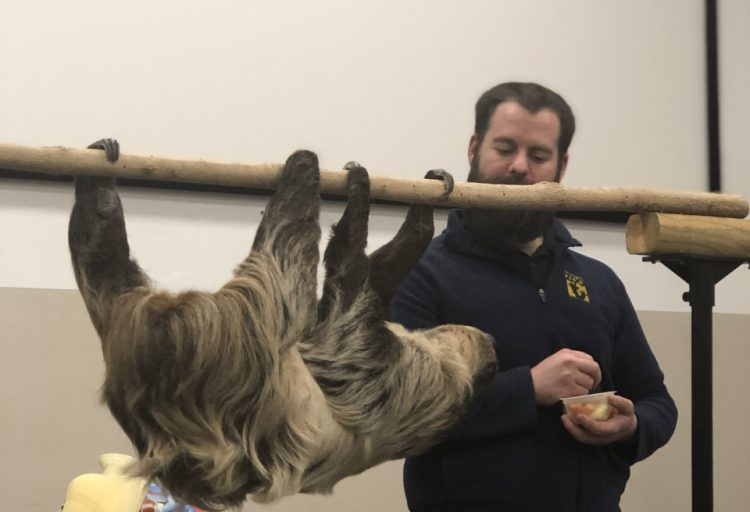