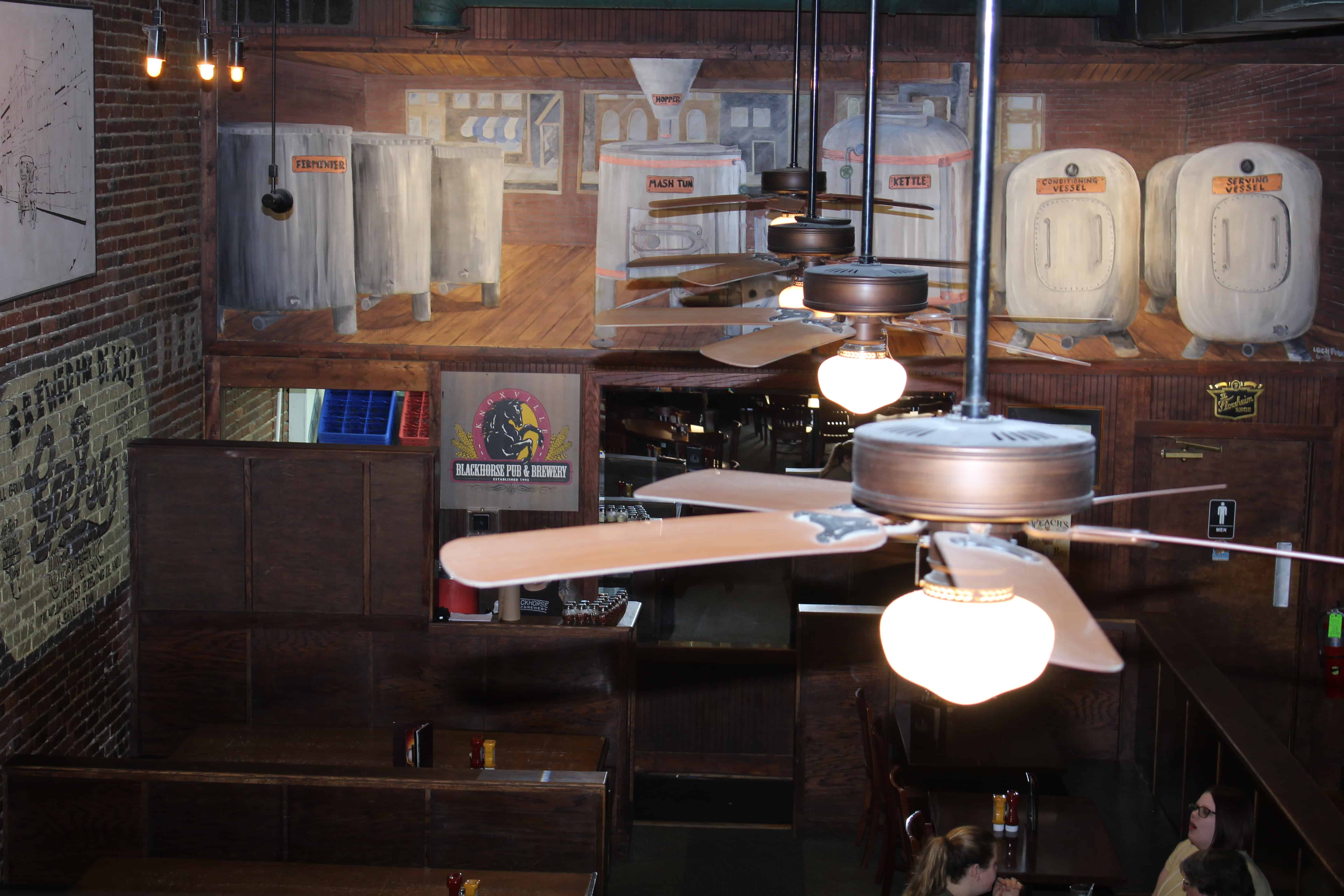 For over 26 years Blackhorse Pub and Brewery in Clarksville has been running successfully. Initially opening as the “Franklin Street Pub,” owners Jeff and Sherri Robinson intended for a quiet roll out to the masses; however, word spread like wildfire, and the business has been booming ever since.

“I think we’re a unique location,” General Manager Cody Dahl said. “There is a great vibe when you walk inside, I think everyone gets it.”

Owner Jeff Robinson said he chose the name “Blackhorse” because he had been stationed at Fort Campbell and retired after Desert Storm. He knew of a division known as the 11th Armored Cavalry Regiment, otherwise known as the Blackhorse regiment. This was a unit of the U.S. Army stationed at Fort Irwin in California. Since hearing about it, the name stuck with him.

The business featured in only Clarksville and Knoxville respectively, has accommodated people of all ages and backgrounds. Military personnel, families and friends all find their place in the pub. From the bar to the dining table, Blackhorse has a little something for all likes and taste buds.

“My favorite thing is the lighting,” Ami Hilliker said. “It adds to the chill atmosphere and vibe of the place. I definitely think it’s a place to come in groups.”

There are large tables around the pub and brewery designed for just that. However, there is seating for two and bar stools for those wanting some alone time.

“We do get big groups all the time, but with that also comes the military personnel wanting to sit and have a drink,” Dahl said. “We welcome them all.”

Although their menu has slightly changed throughout the years, Blackhorse still serves classic salads, flatbreads, pizza’s, sandwiches and burgers. Entrees include their famous beer cheese dip that has been around since the business’ inception and the Boo Radley, a smoked turkey and monterey jack cheese sandwich that was created by one of the cooks on day one who was an English major that loved Harper Lee’s To Kill a Mockingbird.

The menu is just one piece of creativity that Blackhorse offers, the rest lies within its architecture.

From the dimmed lighting to the tall doorways and the wooden flooring and tables, Blackhorse gives off a rustic, nuanced environment.

“I love the ambiance,” frequent visitor Jess Byers said. “It’s why I keep coming back.”

Originally from Montana, his sister recommended Blackhorse as soon as he moved to Tennessee, which is a testament to the strong brand and connection with loyal customers that Blackhorse has created.

The owners say it is the strong word of mouth that has allowed Blackhorse to be one of the top Google searches under “Clarksville restaurants” attracting new people to Clarksville like Juliet Cawthern and her husband.

“My husband and I didn’t know anything about Tennessee, like the good places to eat,” Cawthern said. “We moved here because of the military, and my husband loves [Blackhorse] now.”

Although Clarksville is in one of the fasted growing cities in the state, the historic downtown Clarksville has seen hard times.

From economic struggles to natural disasters such as the tornado in 1998 that tore off the roof of the building and the flood in 2012 that took place merely blocks away from it, owners Jeff and Sherri Robinson nonetheless knew downtown was something special and had a lot to offer the business and were determined to see their vision through.

The gut feeling was nothing short of true as for two decades and counting Blackhorse Pub and Brewery has become a staple in Clarksville.