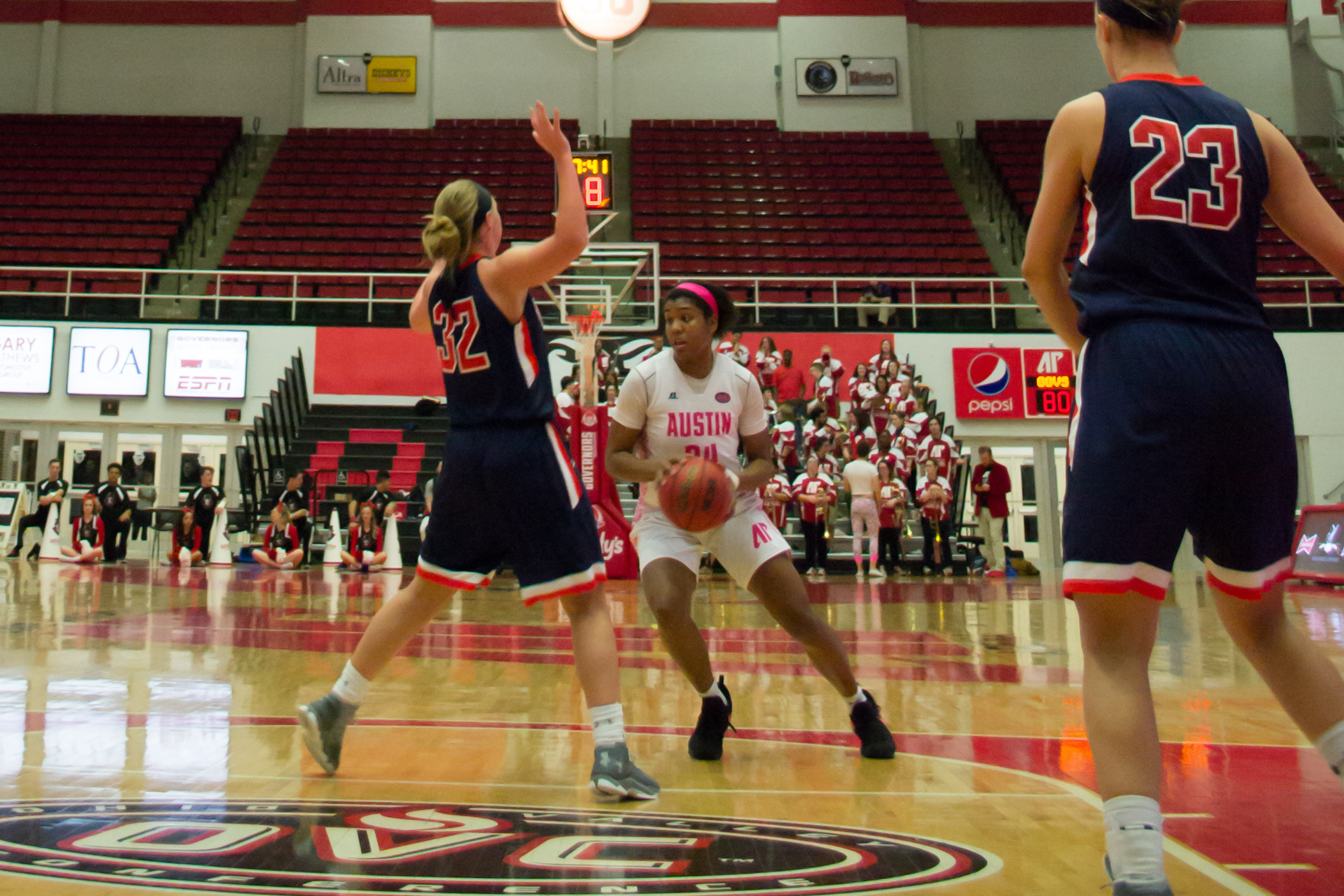 APSU women’s basketball (13-15, 7-8 Ohio Valley Conference) left the Dunn Center for the last time this season with their heads held high following a 85-60 thrashing of the University of Tennessee at Martin (10-18, 7-8 OVC) on Wednesday, Feb. 22. Leading the charge for APSU was junior Brianne Alexander with 22 points off the bench.

The win was a vital point for APSU, as the Govs now control their fate in the OVC tournament. Currently locked in a five-way tie, the Govs can qualify for the OVC Tournament with a win on Saturday, Feb. 25, at Southeast Missouri (13-15, 7-8 OVC).

The Govs started the night strong and continued to set the tempo throughout the night, scoring 24 points in both the first and second periods. APSU continued to hit the mark behind the arc with five 3-pointers from Keisha Gregory and nine 3-pointers in the first half. Gregory would earn her second career double-double with 15 points and 11 rebounds. APSU headed to the locker room up 48-25.

Making the most of her final night on Dave Loos court was senior April Rivers, who added 13 points to APSU’s total off the bench. The Govs continued to press and found themselves ahead by 42 points with a little under eight minutes in the contest.

Tearra Banks made a brief appearance with 11 minutes, but still produced 8 points and eight rebounds. However, her 21-game streak of recording at least 10 points was snapped.