Junior Nicole Olszewski passes the ball into the post in the game against Binghamton on Sunday, Nov. 18. Jessica Gray | Staff photographer

The Lady Govs had a tough task against Louisville, and early would rise to the occasion. APSU was down by only three at 30-27 with just over seven minutes remaining in the first half. Louisville then went on a 16-2 run to help build a lead going of 48-33 going into halftime.

After trading buckets in the second half, Louisville used a 32-4 run to seal the game.

Sunday’s first half looked like the Lady Govs were still hungover from the Louisville contest, as they opened flat and went into halftime down by 10, 31-21.

The Lady Govs lost senior Meghan Bussabarger early in the game when she was taken to the hospital for precautionary X-rays on her neck after landing awkwardly on her back.

Hill, who spent most of the first half on the bench with foul trouble, was able to inject dominance in the post on defense. She finished with 14 points and nine rebounds, six of them offensive.

The team was able to build a nine point lead with a little over three minutes remaining in the game. Binghamton made a strong run, but clutch free-throw shooting and no turnovers were able to seal the victory for the Lady Govs.

The win is the first on the season for APSU, making their record 1-2. The team will travel to San Antonio over the break to take on Texas-San Antonio and William & Mary on Friday, Nov. 23 and Saturday, Nov. 24. 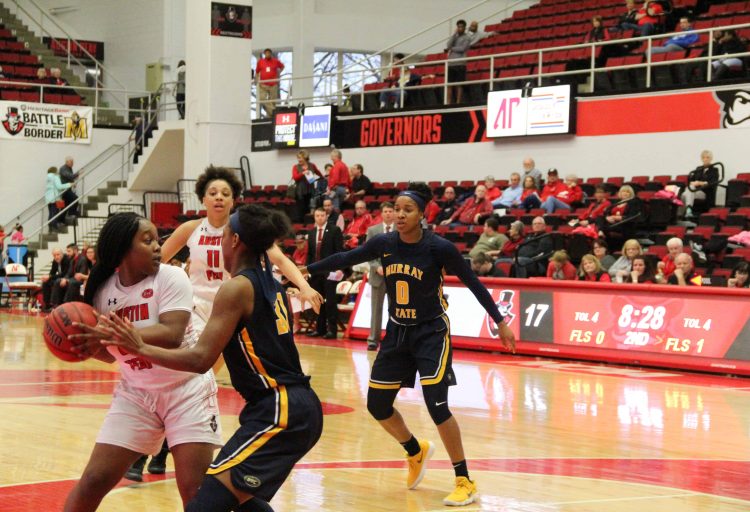 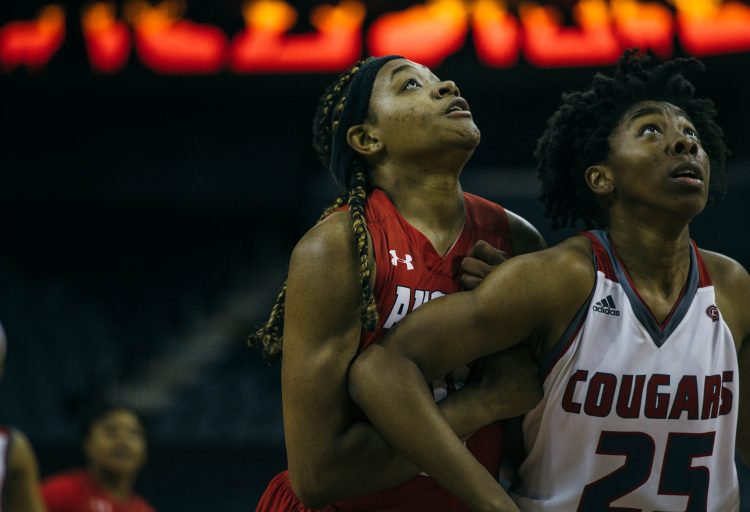 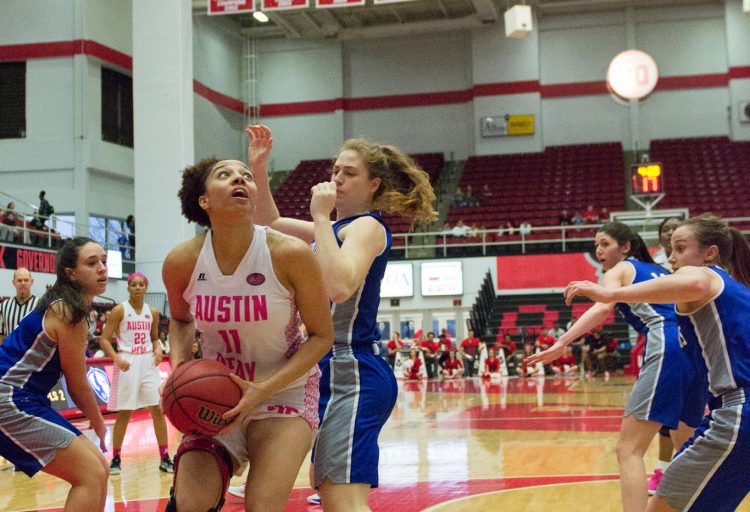