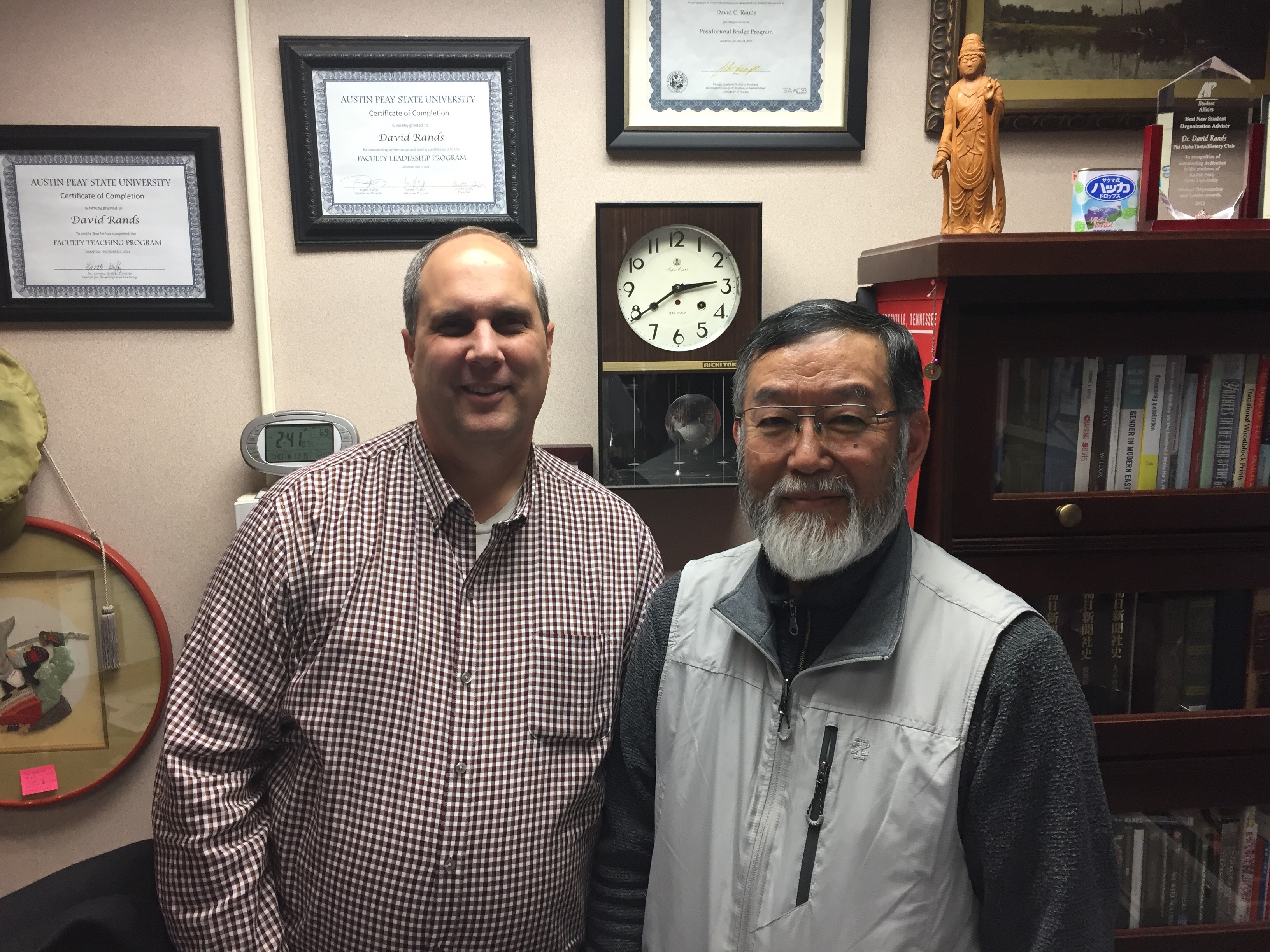 Fifteen months ago, APSU partnered with the Japan Foundation to build relationships between Japanese industries in the United States and Japan.

“We asked the Japanese Foundation to send somebody who could help us maybe make some of those connections and help us understand the Japanese industry a little bit better, because Japan has this huge imprint on Tennessee,” Associate Professor and Director of Asian Studies, David Rands said. “The number one place for Japanese investment is California, just because the economy is so big, but number two is Tennessee.”

The Japanese industries which impact Tennessee the most are Nissan, Bridgestone Tire and Bridgestone Metta Alpha.

Bridgestone Tire headquarters is in Nashville, and the Bridgestone Metta Alpha company, which creates steel cables for tires, has been in Clarksville for over 30 years.

The Japan Foundation sent Koyama here to APSU to better relationships with Japanese companies and to better understand them.

“He’s here for two years. The Japan Foundation is paying him a salary, and we are helping out with housing and trying to work together as a partnership,” Rands said.

“I started working contacting several Japanese companies and tried to connect those to university activities, but things are not so simple and easy and therefore, I am also trying to cover the culture part,” Koyama said.

A way in which Koyama engages the community is by teaching about Japanese culture.

Koyama does so through helping students in the Japanese class at Clarksville High School and also the university.

“We are trying to make some contact with them, because the teacher who is teaching here is also teaching at the high school. So, we have a sort of bridge between the high school and the university,” Koyama said.

One student at Clarksville High School expressed interest in studying in Japan and potentially starting an exchange program.

This opportunity would not be possible without the Japanese class and the connections Koyama has made with the help of Rands and Mitsutoshi Inaba.

“Already, the connection has been made by Rands with being part of that Japanese vision, and the teacher is also involved in that vision. New opportunities are growing because of this class,” Koyama said.

In addition to forming connections between the Japanese class at Clarksville High and APSU, Koyama teaches a class of his own.

Koyama will be teaching the class until Dec. 5.

He also shows films during his classes which show the linkage between origami, math, science and the medical field.

“It is applicable to real life, an art. It is interesting to little children and to adults,” Koyama said.

Koyama also attends meetings once a month at the Japanese consulate.

“Mr. Koyama has been really good about getting down to Nashville to represent the university for those meetings. They’re done entirely in Japanese, and there’s never been anyone invited before because they didn’t think that we were interested. Now, we’ve gotten to where they know that Austin Peay is interested in working with the Japanese companies and the Japanese government,” Rands said.

These meetings have improved APSU’s relationships with Japanese businesses and as a result, guest speakers have come to APSU, and the Japanese government has decided to send people to APSU as a result of our expressed interest.

“We really are trying to create these bridges. Bridges between the university and industry, bridges between the university and the high schools, and I think that Japanese, and Korean as well, can be these bridges that connect people, and cultures, and ideas, and companies, and educational systems. I think that we can do that through the Korean and the Japanese,” Rands said.