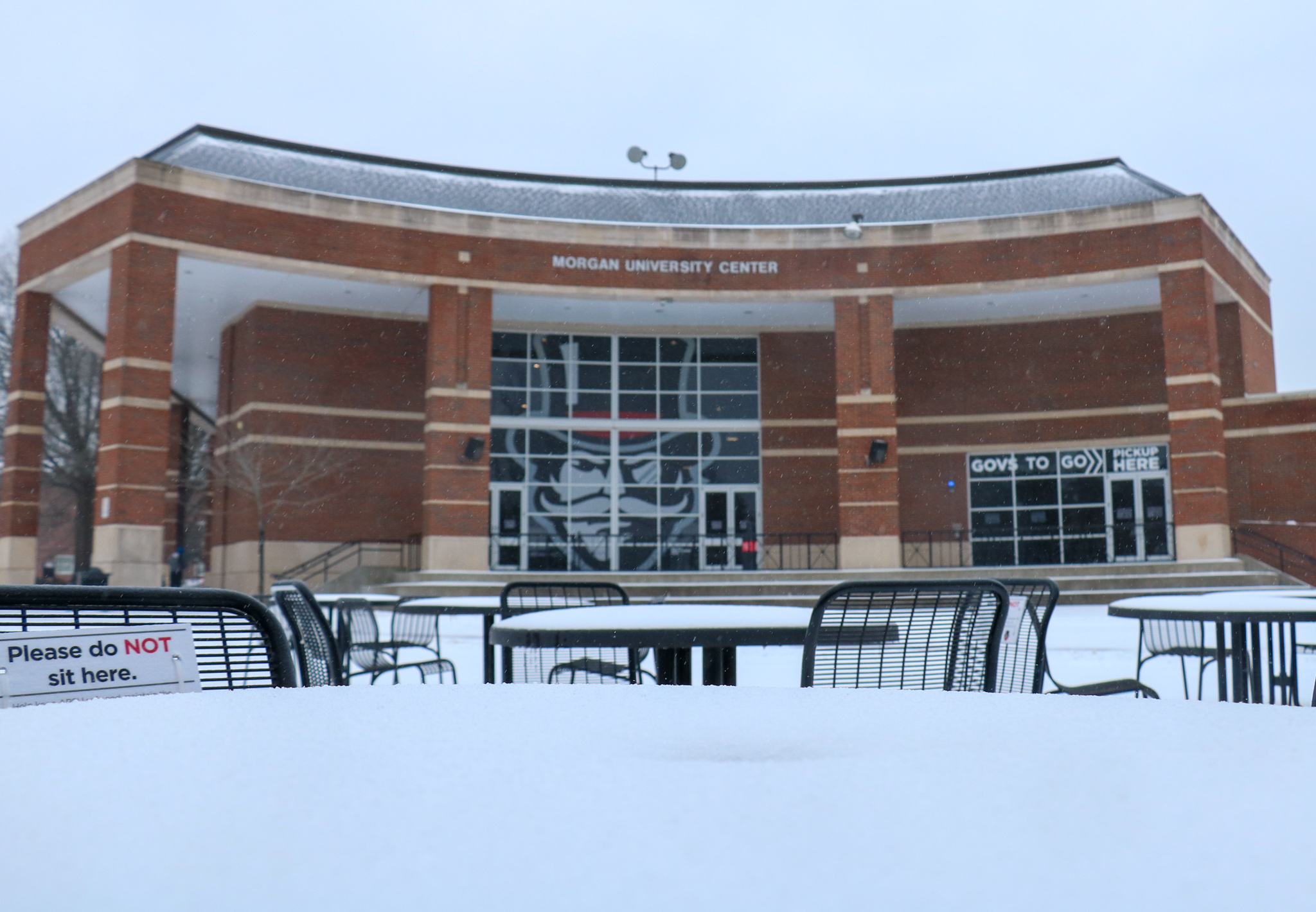 The Morgan University Center on a snowy Monday afternoon. ALEX ALLARD | THE ALL STATE

APSU’s campus has been closed over the course of the past week in response to the amount of snow received since Sunday evening, with university and county officials urging citizens and students to remain indoors whenever possible.

Assistant director of grounds and landscape Wes Powell provided details as to how the university and the physical plant on campus are navigating the current situation.

Powell and a large crew of grounds and maintenance workers began their work on Monday, Feb. 15. The university has provided two different blends of salt — totaling over 100,000 pounds — in attempts to melt away the snow and ice on the roads, sidewalks and stairs. Two utility vehicles and two trucks with salt spreaders attached are being used to melt away the frozen ground.

The crew’s primary focus on Monday was residential areas on campus and the walkways to dining halls. Following the spreading of salt to housing locations, loading docks and the Shasteen building, the group will shift their attention to roadways and administrative sites.

A complete cleanup may take longer than some anticipate, because of the manual shoveling required on stairs, tight corners and doors.

Powell claims that, while the attempted removal of snow is difficult due to the mass of parked cars, the lower amount of students on campus due to the coronavirus pandemic has made things easier than anticipated.

“The pandemic has actually made snow and ice removal a little easier this year, because there are less students walking on the snow and packing it down,” Powell said. “If we don’t get an area cleared before there is too much foot traffic, the snow packs into ice and is much more difficult to remove.”

Non-essential facilities on campus have been closed each of the last two days because of the storm. Despite the conditions, classes will continue through remote methods until further notice. Officials anticipate the situation to remain the same until the end of the week.