On senior night, the Govs made sure the Central State Marauders left Governors Stadium with no booty.
Not only did they end a four-game losing streak by beating the Marauders, the Govs also produced their first shutout, 40-0, since Nov. 1, 2003.

The Govs trampled the Marauders with a ground game that generated 407 yards rushing and four touchdowns. Senior running back Ryan White led the charge. He produced 146 yards and two touchdowns on 20 carries. White was one of three Govs’ tailbacks who rushed for more than 80 yards. Junior Wesley Kitts rushed for 85 yards and freshman Ean Pemberton added 82 yards and a touchdown.

“From the line to the defense, everyone played good today,” Pemberton said. “We’ve got Ryan White leading us out here. I was just waiting for my opportunity. The opportunity came and I just ran with it.”

In addition to the dominating running game, the Govs offense got a boost from a 65-yard punt return for a touchdown by sophomore wide receiver Tee Howell.

“Kitts and White ran the ball great in the first half. In the second half, Tee Howell’s punt return for a touchdown really sparked us,” said head coach Rick Christophel. “It got all the rest of our guys playing well. From there on, everyone played hard.”

Although impressive, the Govs’ game against the Marauders was not flawless. Freshman quarterback Landon Curtis threw an interception, the Govs only turnover in the game, in the red zone on the Govs’ last offensive drive of the first half. The Govs also accumulated 10 penalties for 106 yards.

However, every Govs mistake or Marauder’s big play was countered by the Govs defense. Junior safety Antwaun Majors and sophomore cornerback Steven Ragin snagged key interceptions. The Govs defense held the Marauders to 162 total offensive yards. The Marauders made only nine first downs and converted only 3-of-16 third downs. 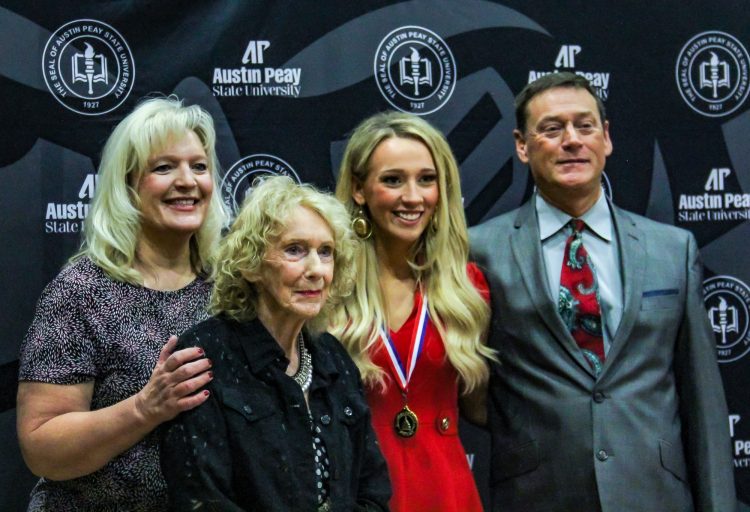 The search is on for new APSU president