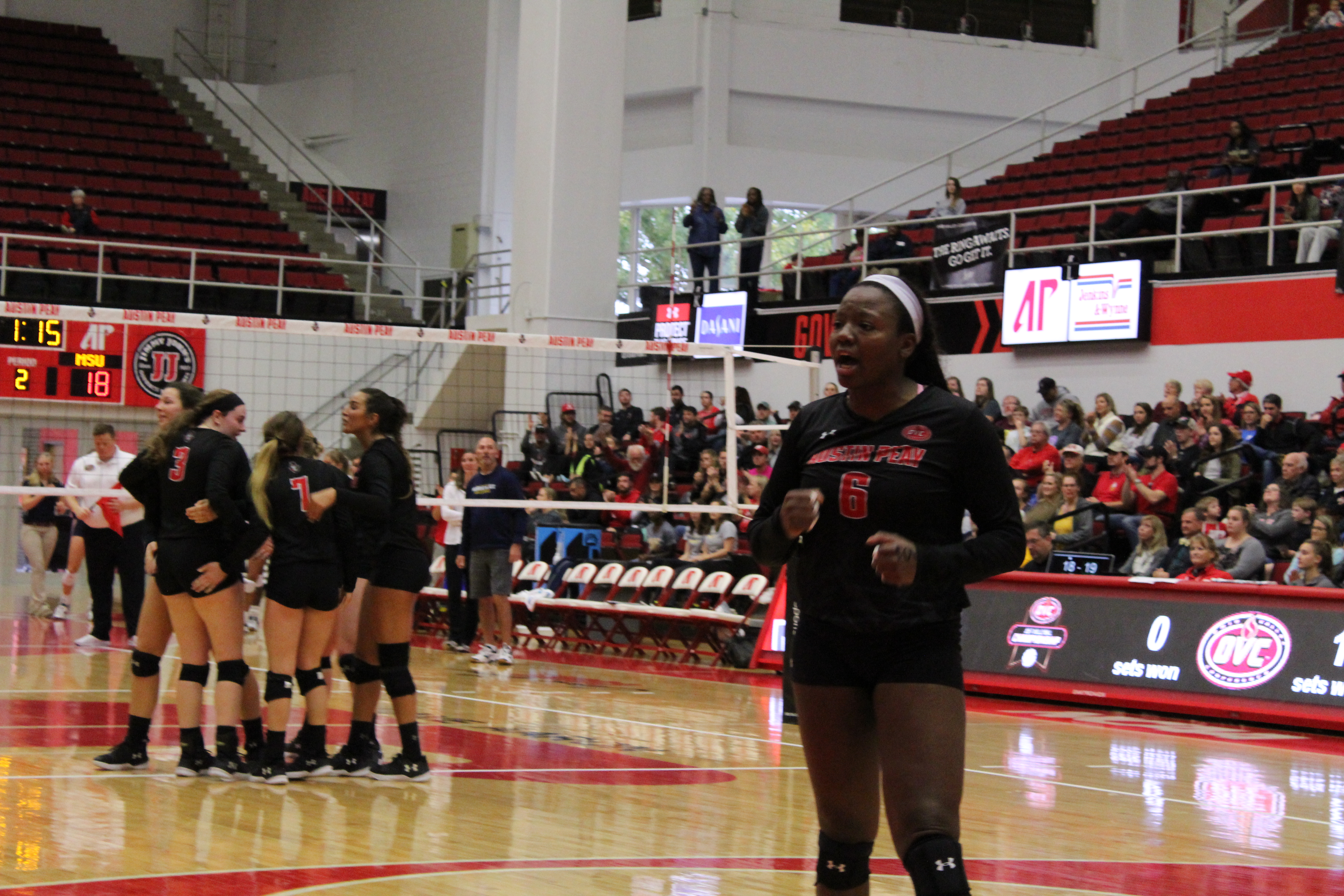 The Govs first match of the Ohio Valley Conference semi-finals on Thursday, Nov. 16 ended with a victory.

The Govs’ offense was led by Christina White, who posted 14 kills on 25 attempts.

Moore also posted one block and an ace.

On Friday, Nov. 17, APSU moved on to Eastern Kentucky.

Moore was once again a standout player for APSU.

The freshman led her team to victory with a career best performance of 22 kills.

Senior Ashley Slay also moved into fifth place on the Govs career kills list with her 14-kill outing against the Eastern Kentucky Colonels.

“There is no better way to go out, with a championship ring; you can not ask for a better moment then this,” Slay said.

Slay now has 1,281 kills and only needs 19 more to reach 1,300, which only four other Govs have accomplished in program history.

The win over the Colonels also broke the APSU volleyball record for wins in a singe season.

“It feels surreal [to play in the Championship game]. We worked so hard,” said Slay.

This team has made history by being the only APSU team to take both the regular season and OVC tournament.

Setter Kristen Stucker was a standout in the match by beating her season best with 60 assists against the Racers.

Moore was also named MVP of the tournament with her 48 kills throughout. Other Govs recognized were Senior Allie O’Reilly with a total of 59 digs and Stucker for her total 151 assists.

“It is amazing to be in this position. These girls have worked so hard, and they never gave up,” Head Coach Taylor Mott said.

“We settled down and played volleyball like we have all season long,” said Mott. “We did a good job.”

“This place [The Dunn Center] has been electric the past few days,” said Mott. “We appreciate the support from the students and local people. It was a great feeling.”

The Govs will now advance to the NCAA Division I Women’s Volleyball National Tournament. The selection show  will take place on Sunday, Nov. 26.

APSU will be making their first appearance in the national tournament since 2010. 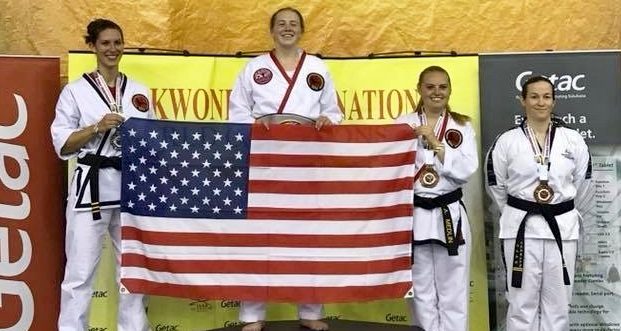