The Lady Govs soccer team looked to be in top form when they dominated Ohio Valley Conference newcomers, Belmont, 3-0 on Sunday, Oct. 7.

APSU (6-7-0, 2-2-0) would use a strong first half and a great performance from junior keeper Haylee Shoaff to record the shutout, the team’s second straight.
The Lady Govs would net the first goal just four minutes into the game when junior Tatiana Ariza netted an easy shot after capitalizing on a Belmont defensive miscue.

Just over a minute later, sisters Andy and Joceline Quiceno would hook-up to put the second goal on the board when Andy fed Joceline in the box, allowing her to net the goal in the lower-left corner. The assist gave Andy 13 career assists, moving her into second place all-time in APSU history.

In the 22nd, minute, Ariza added her sixth goal of the season and second of the game in an open net after capitalizing once again on a Belmont defensive break-down to conclude the scoring for the game.

On top of a strong offensive outburst, Shoaff had eight saves to preserve her second straight shut-out in OVC play, helping push the Lady Govs into a tie for fifth place in the conference.
The Lady Govs look to keep up their hot-streak as they go on the road with OVC matches at Eastern Illinois Fri., Oct. 12 and SIU Edwardsville on Sun., Oct. 14. 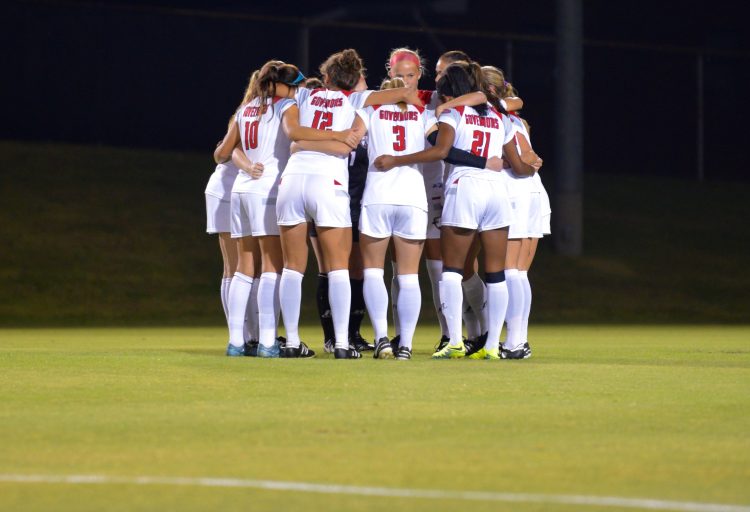